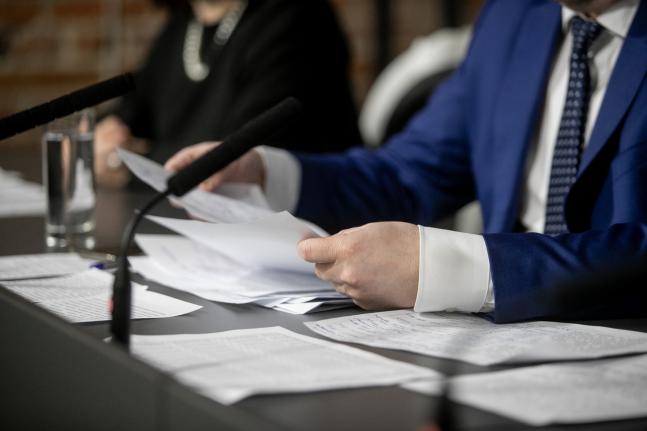 Last week, the House Select Subcommittee on the Coronavirus Crisis, following a months-long and ongoing investigation, released a report examining the depth and breadth of fraud and abuse from fintech firms participating in the Paycheck Protection Program (PPP). Specifically, the Select Subcommittee found these firms reaped “billions in fees from taxpayers while becoming easy targets for those who sought to defraud the [program].”

Six fintech firms were specifically highlighted in the new Congressional report as examples of those that turned a blind eye in their quest to maximize fees while neglecting basic fraud prevention controls to accept and facilitate PPP loan applications that very clearly did not qualify.

The matter has been referred to the Department of Justice and the Small Business Administration’s Inspector General for further investigation.

The watchdog committee confirmed what a study by University of Texas found last year: fintechs were nearly five times more likely than traditional lenders to be involved with suspicious loans.Furthermore, nine out of the top ten lenders with the highest rates of suspicious PPP loans were fintech firms.

“Even as these companies failed in their administration of the program, they nonetheless accrued massive profits from program administration fees, much of which was pocketed by the companies’ owners and executives. On top of the windfall obtained by enabling others to engage in PPP fraud, some of these individuals may have augmented their ill-gotten gains by engaging in PPP fraud themselves.”

“PPP funds were meant to help small businesses stay afloat during the pandemic—not fintech executives looking to get rich. @COVIDOversight has revealed several execs may have abused the program—and has asked SBA, OIG, and DOJ to take further action.”

This waste and abuse of taxpayer money – which was intended to help small businesses and workers during a very dire time– is unfortunate and could have been avoided. CBA has long called on policymakers to recognize the risks associated with the rapid growth of unregulated fintechs and other non-bank providers, which are not held to the same broad federal oversight requirements as traditional banks. This investigative report underscores why expanded oversight and similar data security and privacy standards for these providers are so critically needed.

The nation’s leading banks, on the other hand, proudly distributed the vast majority of PPP loans – and they did so responsibly. In fact, large banks provided more than half of all PPP funds ($408.7 billion) and extended 4.1 million loans.

In addition to established protocols for responsible lending, banks have existing relationships with businesses of all sizes across the country. These relationships helped large banks administer the program and ensure that legitimate businesses could access needed capital.

The Bottom Line: Washington Must Act

As opposed to fintechs and crypto firms, America’s leading banks are required by law to adhere to stringent federal oversight, data security, privacy, and consumer protection standards. This regulatory disparity has serious implications for consumers and the financial system.

It should also prompt policymakers to modernize the rules of the road and ensure every American receives the high level of protections they deserve, regardless of where they go to meet their financial needs.