Cellphones 'Under Attack' from Robocalls 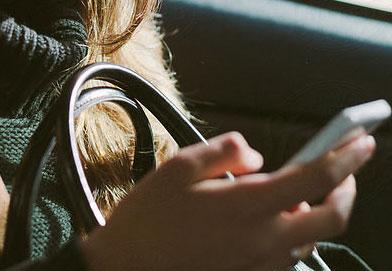 Banks have proactively replaced millions of customers’ cards and allocated significant resources to correct a problem that, by all appearances, was not of their making. This comes at no small cost, and Target needs to take the financial responsibility. According to data collected from CBA member banks, it has not been cheap to replace these credit and debit cards. The process of informing consumers of a card reissuement, shipping and activating the card, as well as any supplemental communication (usually via a call center) places the cost to replace each card at $10.00. All told, with a total of 110 million cards across the industry compromised due to Target’s breach, the banking industry as a whole could see costs swell into the tens or hundreds of millions of dollars!

Many hearings will be held on Capitol Hill on this issue. First up is the Senate Banking Subcommittee on National Security and International Trade & Finance, which will hold its hearing February 3, 2014.

This week marked the kick-off meeting for our Mid-Tier Retail Executive Forum, chaired by Bob Kottler, EVP, Director of Retail & Small Business, IBERIABANK, which caters to the heads of retail from member banks in the $10 billion to $50 billion asset range. The forum will provide a space for networking, meeting with legislators and regulators, and the opportunity to discuss the issues that are unique to mid-tier banks. A big thank you to Bob Kottler for taking this on — it was a great inaugural call and we look forward to our first in-person meeting at CBA LIVE 2014 in March!

Members of CBA’s Board, Education Council and Faculty Advisory Committee met at CBA’s world headquarters on January 23, 2014 to host an Education Strategy Retreat to examine their long-term strategy. GSRBM’s Faculty Advisory Committee also met in Washington, D.C. on January 24, 2014 to discuss the previous day’s meeting, and to evaluate the progress of July 2014’s GSRBM session. Faculty from the "CFO Year" also convened over the weekend to continue planning for the new analytical year.

The Deposits and Payments Committee held a third in-person meeting at Comerica's offices in Dallas, Texas. Members discussed upcoming rules and regulations for 2014 and how this could impact consumers. The meeting ended with a CBA LIVE planning recap and focus on providing an excellent deposits forum for attendees. Thank you to Comerica for hosting!

ComplianceTech is our 18th new associate member. They were a member many years ago and participated with the Fair Lending group at the time. Welcome back to the family ComplianceTech!

Wells Fargo & Company has hired Jennifer Dunn to lead the bank’s federal policy communications strategy and activities. She will be based in Washington, D.C. with Wells Fargo’s federal government relations team led by Executive Vice President Anita B. Eoloff.

Ellen Alemany, former CEO of RBS Citizens Financial Group, has joined the CIT Group board and will serve on the audit committee. Alemany had retired from Citizens in October after six years at its helm.