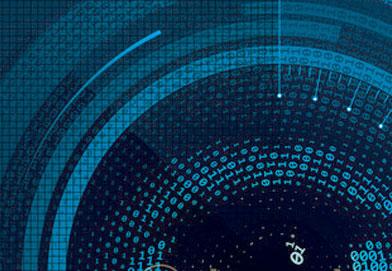 We learned this week Regions Financial, U.S. Bank, Wells Fargo and Fifth Third have decided to phase out their Deposit Advance Products. This development was a point of discussion during my meeting with CFPB Director Cordray on January 16, 2014. The vast majority of consumers using deposit advance products do so responsibly under transparent and fully disclosed terms. Forcing banks out of this business limits options for consumers and pushes them towards payday lenders and fly-by night entities. While federal regulators encourage banks to serve consumers in need, their actions and policies suggest otherwise. Payday lenders are rejoicing to say the least.

Thank you to CBA Board Member Will Howle, Chief Operating Officer, U.S. Consumer & Commercial Banking Group and President of U.S. Commercial Banking at Citibank, for discussing his view of today’s retail banking industry with me in New York City this week. It was a great opportunity to look at the direction of CBA and the banking industry in 2014 as we continue to adapt and evolve in an ever-changing regulatory environment.

With the close of our early bird registration, we are on a record setting pace for attendance at CBA LIVE 2014: Red, White + Banking. As of today, we have registered over 400 retail banking executives. We expect these numbers to continue to grow as we approach the start of CBA LIVE on March 31, 2014.

We are also excited to announce this year’s panel of CBA Board members to discuss the state of the retail banking industry. Panelists will include: Will Howle of Citi, Nandita Bakshi of TD Bank, Nuno Matos of Santander, and Barry Sommers of Chase.

Education Council and Faculty Advisory Committee to Meet in D.C.

We will host an Education Strategy Retreat with members of the CBA Board, Education Council and Faculty Advisory Committee at CBA’s world headquarters on January 23, 2014. They will be developing a long term strategy aimed at ensuring GSRBM and the education program as a whole continue to evolve and be relevant to the industry. In addition, they plan to explore new opportunities to extend the mission of CBA’s education program. Also, GSRBM’s Faculty Advisory Committee will meet on January 24, 2014 to discuss the previous day’s meeting, evaluate the progress of July 2014’s GSRBM session, and to identify spring training priorities. Faculty members from the Analytical “CFO” year will meet January 24-26, 2014 to hone the new curriculum for year 2 of GSRBM.