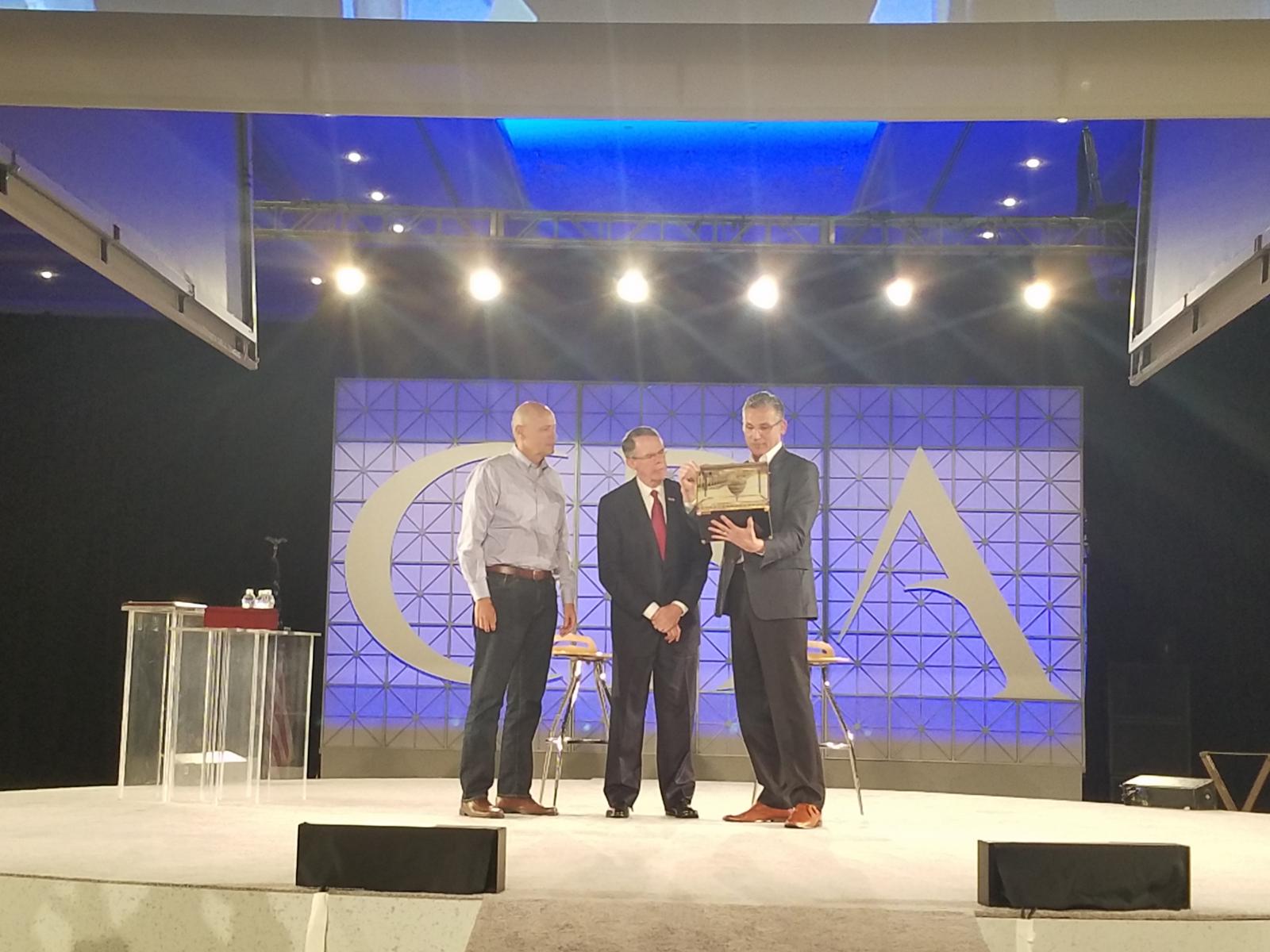 Richard Davis’ CBA LIVE Farewell: One for the Record

Among the many great moments from CBA LIVE, one stood out the most. U.S. Bank Chairman and CEO Richard Davis – in what was one of his last public appearances before retirement – looked to the audience during his closing remarks and said, “How perfect is it that I am closing out here with CBA. My whole life has been consumer banking. I am closing where I started.” Every CBA member in the room felt connected to Richard and to one another at that moment.

His comments were especially fitting considering the history Richard had with CBA and our former CEO Joe Belew. Not only did Joe and Richard have a deep personal relationship while Richard served as the Chairman of the CBA Board in 2003, but Richard embodied the exact qualities we desire from our leaders. Starting his career as a teller and then working his way up to lead one of the country’s top five banks through tumultuous times, Richard’s legacy in the banking industry is one of leadership, integrity, and of putting the needs of the consumer first. These are the very values behind the Consumer Bankers Association and its members. To say we are proud of our relationship with Richard Davis is an understatement.

Have feedback on CBA LIVE? We want to hear it. Take this quick survey and let us know! 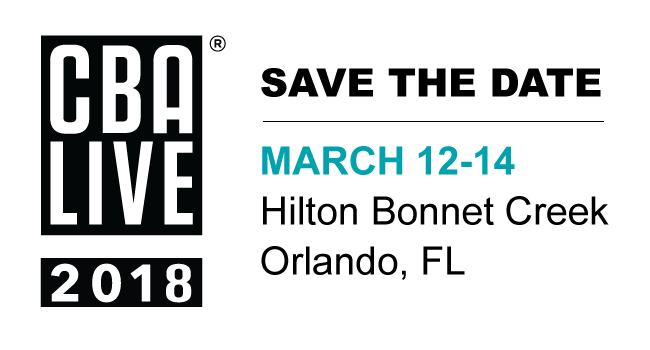 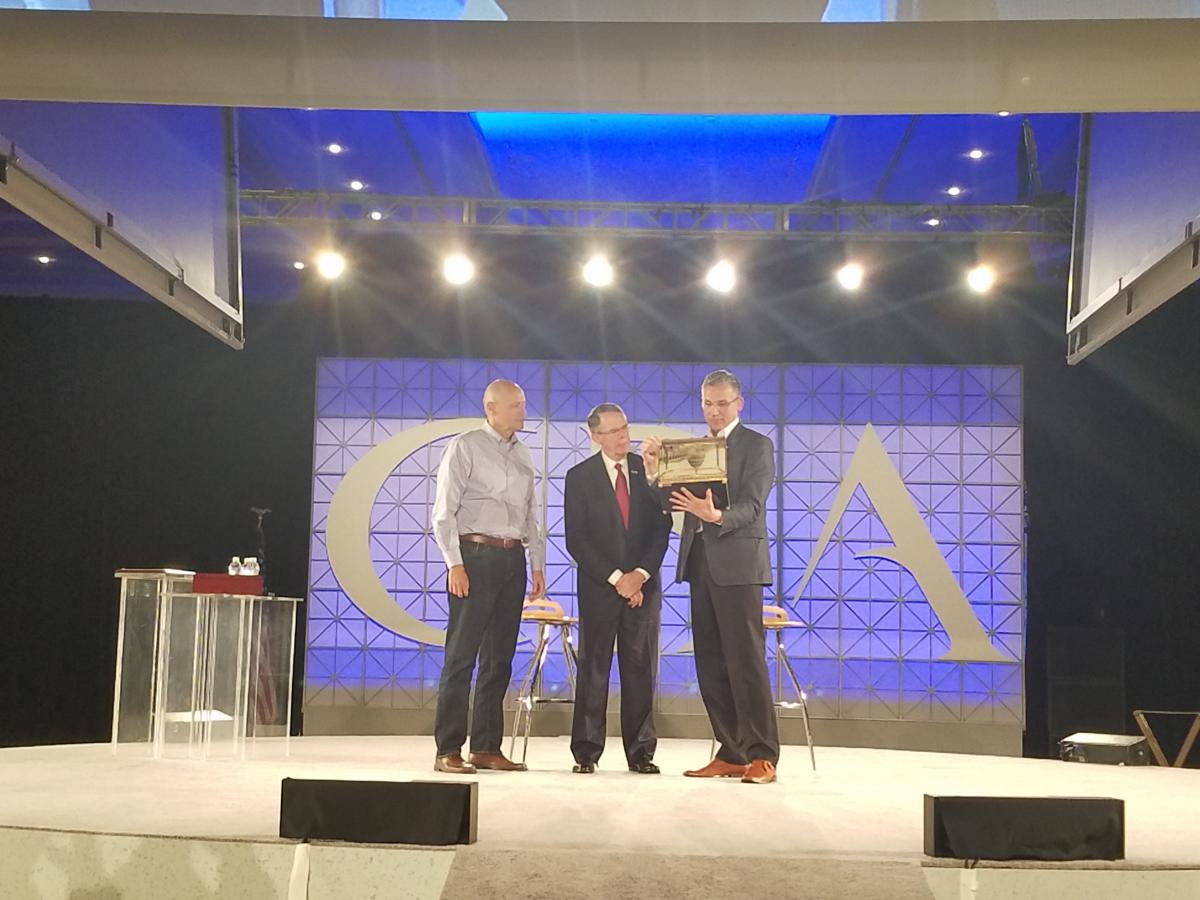 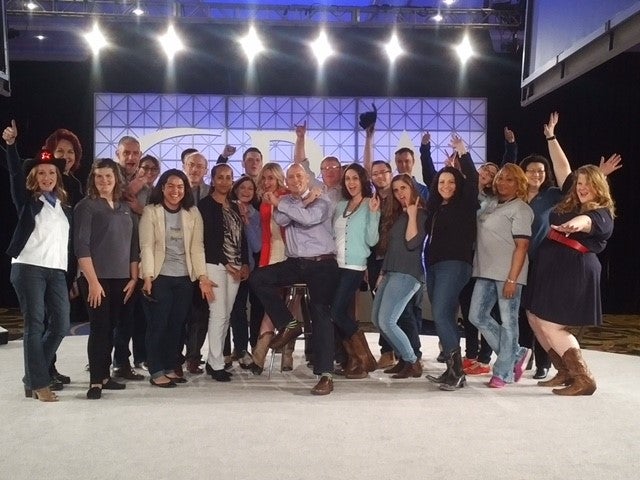 Before departing Dallas, Team CBA gathered to wrap up the end of CBA LIVE 2017.

Hensarling 2.0 Reveals New Changes: But will it pass?

House Financial Services Chairman Jeb Hensarling this week revealed several revisions he plans to make to his bill, The Financial CHOICE Act 2.0, to repeal and replace parts of Dodd-Frank. There is much talk of late regarding the actual chances CHOICE 2.0 has in passing through Congress. With other major priorities on the administration’s docket, such as health care, trade, and tax reform, Chairman Hensarling’s bill may have a hard time getting the attention it needs. However, the banking industry should take note of a few of the new ideas recently unveiled in the draft, which include:

While we have yet to see the full legislation, CBA, banks, non-banks, and many legislators still believe a five-person bipartisan commission should be the governing structure at the CFPB. I spoke with the Washington Post and shared my thoughts on why a commission at the Bureau will help bring balanced regulation to the retail banking industry.

Traffic in the D.C. area has eased up a bit, which means Congress is in recess for Easter break. With a few pressing deadlines on the horizon, this break may not feel like it for some members. As soon as Congress is back in Session on April 25, it will need to decide by April 28 whether it will pass a spending bill to continue to fund the government for the rest of Fiscal Year 2017.  Will we see another game of chicken between Democrats and Republicans? Who knows! More importantly, which party’s reputation will suffer the most if the government actually shuts down?

Speaking of political tension, did you see that race in Kansas? The special election for the 4th District between Republican candidate Ron Estes and Democrat James Thompson was much tighter than expected, considering President Trump won the district by 27 percentage points in November. The district was previously represented by Republican Mike Pompeo, the new CIA director. While we all may have our own opinions as to how or why Estes won the election, one thing is certain: a shift in political winds is happening across America, especially in the moderate states where Trump won. Are people frustrated with the perceived slow changes happening at the federal level, or are they frustrated with the President’s untraditional style? Only time will tell.

Huntington Bank has announced it will commit $150 Million to Ohio Affordable Housing in 2017-2018 to help those most vulnerable and in need. It is great to see the actions our member banks take to care for their surrounding communities. Read Huntington’s full press release here. 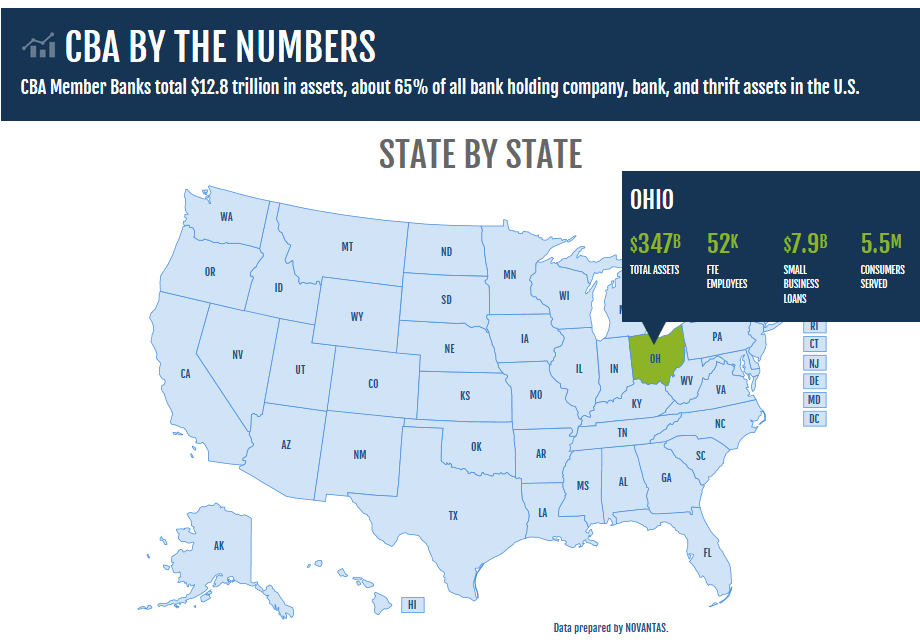 If Everyone Is So Confident, Why Aren’t They Borrowing?

Republicans have a new plan for weakening this federal consumer watchdog

Regions Bank has hired Amala Duggirala, formerly the chief technology officer at Kabbage, to become its new CIO. Zions Bank has appointed Barbara Yastine, a former head of Ally Bank, to its board of directors. M&T Bank announced the duties of former President Mark J. Czarnecki, who passed away in February, have been assumed by M&T Bank’s three Vice Chairmen, Richard S. Gold, René F. Jones and Kevin J. Pearson.