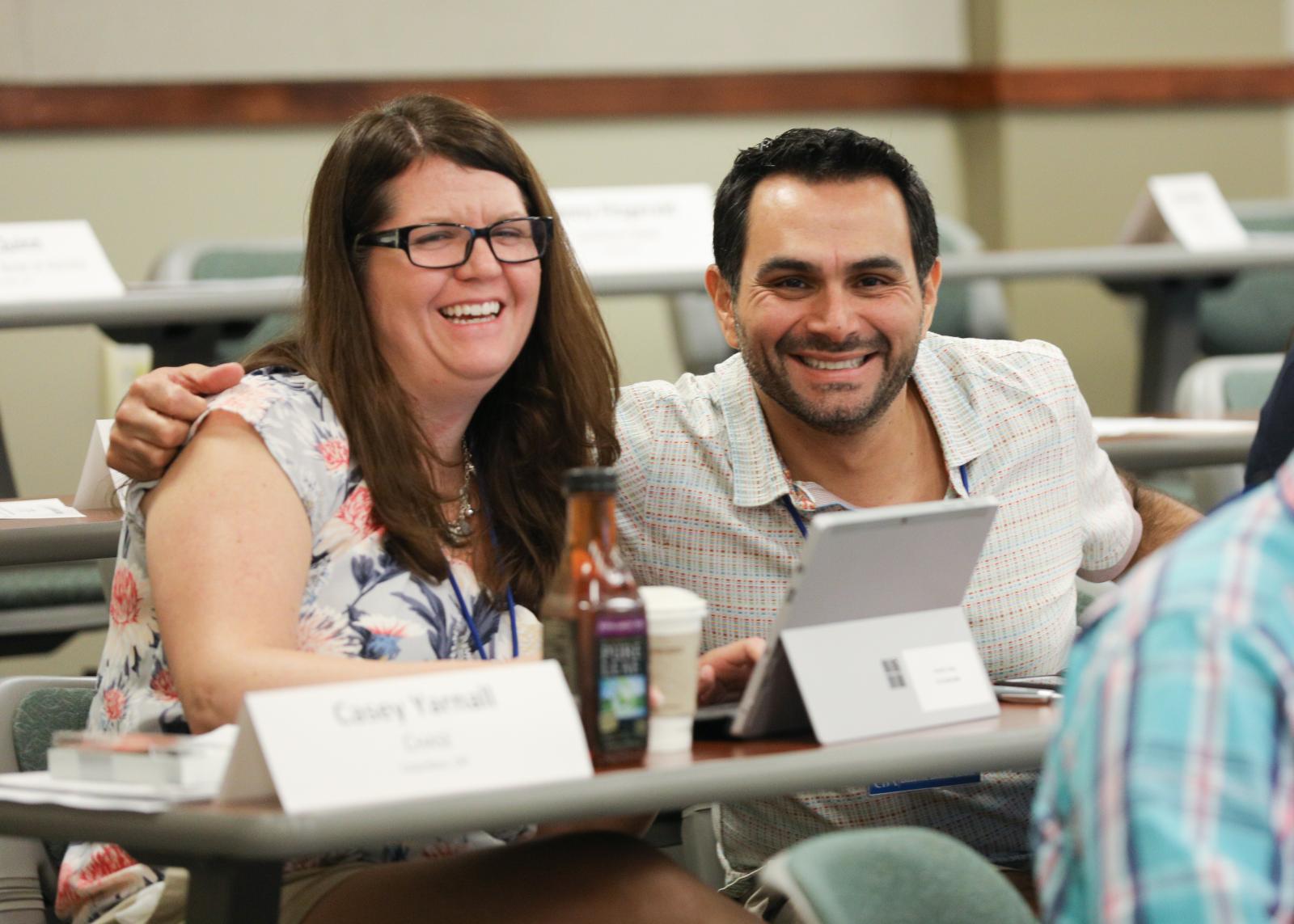 Rumors of a potential Labor Day weekend resignation by CFPB Director Richard Cordray continue to circulate, leaving many speculating the Bureau’s small-dollar rule will be released in the coming weeks. If Richard Cordray does choose to resign his post at the CFPB and President Trump appoints a successor, I wonder if Senate Democrats will come around and support establishing a bipartisan commission at the CFPB. Remember, even Senator Elizabeth Warren and former Financial Services Committee Chairman Barney Frank once supported a commission at the Bureau.

First Blockbuster, now Netflix? Talk about disruption, content behemoth Disney will no longer provide content to Netflix starting in 2019. Instead, Disney will create its own Disney-branded streaming service as well as a sports-centric service under its ESPN brand. For those watching on in other industries – including those in banking – this goes to show how abrupt disruptions occur. Regulators and bankers alike better take note: the world is constantly changing and banks must be ready to adapt to meet consumer demands.

Guy Williams, President and CEO of Gulf Coast Bank & Trust, has some strong words for Massachusetts Senator Elizabeth Warren. Williams argued Senator Warren does not understand the impact of complex regulation on banks, and continues to advocate for “horrible” policies which adversely affect the smallest of banks. This is exactly why I have been calling on Congress to reform our broken, duplicative, and outdated regulatory structure. It is long past time we crack open the books and bring about needed change.

Two 2017 Fed Rate Raises with One On Deck? Not So Fast

With interest rates rising twice already this year, should we expect another rate hike in 2017? Previously, the Fed forecasted three interest rate increases in 2017, but the Fed’s July minutes have thrown a wrench into previous expectations. According to the Wall Street Journal, Fed officials are split over the timing of the Central Bank’s next interest rate increase due to low inflation numbers. This is a development to watch as we move closer to September.

Former CBA Executive Banking School Faculty Member and co-developer of our MarketSim course Betsy Duke was named chair of Wells Fargo’s Board of Directors. She will become the first woman to oversee one our nation’s largest banks, and we wish her well in her new role.

Robin Leopold will become head of human resources at JPMorgan Chase in February.

Debra Cafaro was appointed to PNC’s Board of Directors. Cafaro is chairman of the board and CEO of Ventas, a seniors housing and health care firm. 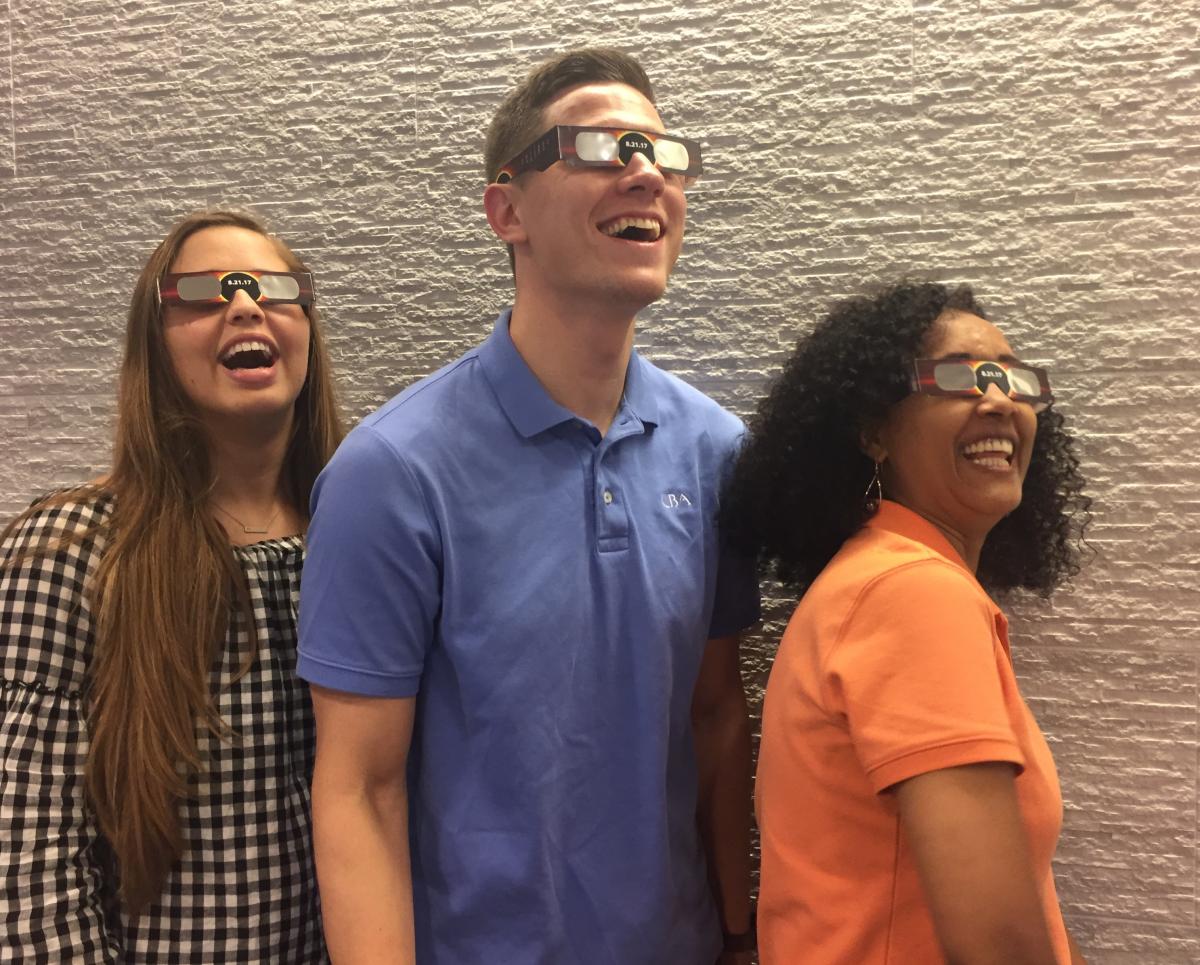 Team CBA is ready for Monday's solar eclipse - are you?  If not, here's details on when are were to watch.  No glasses?  No problem!  There's still time to build your own eclispe-viewing device.  Tweet us your solar eclipse viewing photos @consumerbankers! 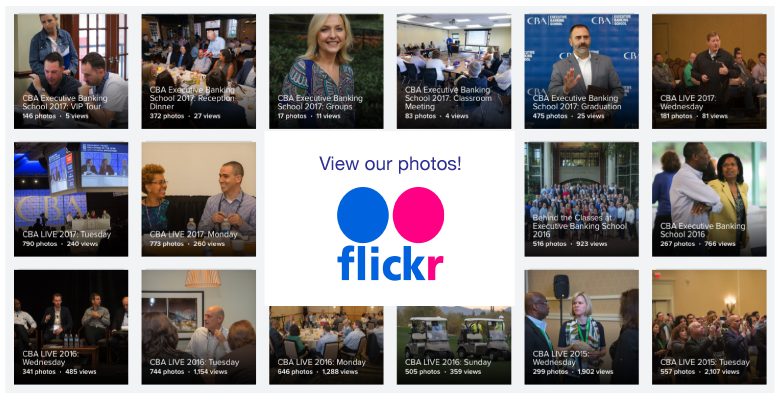 Photos from CBA Executive Banking School are now available on our Flickr page!  View and download your favorites today!