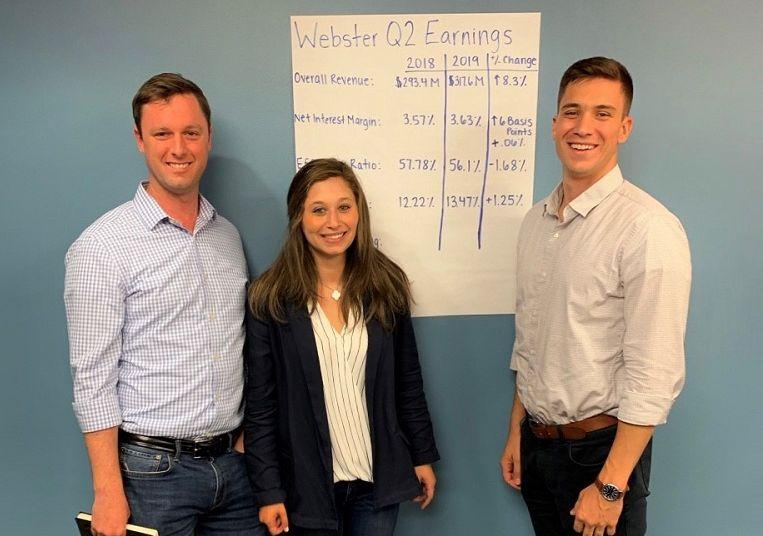 Cajun Thoughts: FED BOARD SPLIT ON “FEDNOW” VOTE By a vote of 4-1, the Fed decided this week to build a near-instant, 24/7 payment system accessible to banks of all sizes by 2024. Call me cynical, but I will take "the over" on 2024. This topic has caused Fed officials to split opinions – Vice Chair for Supervision Randy Quarles opposed the plan in belief the government should leave it to the private sector unless there is evidence of market failure. I do not see how or why a financial institution would not at least try The Clearing House real-time payment route while waiting for the government to create their technology. Banks of all sizes should not sit on the sideline for at least another five years waiting for the Fed’s system when another option is available now! … VISA MARKET VALUE SOARS CBA Premier Sponsor Visa rose to a record market value of $348 billion on Wednesday. Since departing from JPMorgan Chase and other banks in a March 2008 IPO, Visa's stock has climbed almost 1,500%, in large part due to the electronic payments infrastructure that was in place at the same time as digital commerce sparked ... APPLE CARD PLANTS FIRST SEEDS Some select consumers were invited on Tuesday to apply for Apple's new credit card and the general public will be invited to apply later this month. The credit card is offered in partnership with Goldman Sachs as part of Apple's efforts to expand its services and Goldman Sachs' plans to enter retail banking. I remain skeptical of whether this card will take off … BRANCHES STILL IMPORTANT TO MILLENNIALS A recent J.D. Power survey indicates young adults are still visiting bank branches to open accounts, make deposits and solve issues. JPMorgan Chase, PNC Bank and Capital One are among the banks opening new branches, with Capital One using a cafe model that also helps consumers learn how to use the bank's digital services, among other things … BANK M&A HEATS UP Since mid-July, 18 bank deals have been announced with a value of more than $2.4 billion. The deals include, among others, WesBanco’s purchase of Old Line Bancshares, a move that will give the bank a presence in Washington, D.C.! I am interested to see how the M&A trend plays out the rest of this year.

Fed to Build Real-Time Payments System: The Federal Reserve Board voted 4-1 to invest in and build its own payment system, a move that very well could interfere with big banks’ payment systems through The Clearing House and slow down the private sector’s objective of making payments faster. The Fed will ask for comments on design and features before moving forward but plans to have the system completed by 2023 or 2024.
Fed Governor Lael Brainard spoke to the Federal Reserve Bank of Kansas City Town Hall and discussed the following objectives as support for the FedNow Service:
CBA stands with Fed Vice Chairman Randal Quarles who spoke out on Friday when the vote was approved, opining that the government should only be involved in payments solutions "when the evidence of market failure is clear and alternative means to achieve public goals are not feasible."
The Fed has issued a notice and request for comment, which closes 90 days after publication in the Federal Register. CBA will be commenting.
Governor Brainard's full speech is available here.
FDIC Plans to Prepare Guidance for Banks Using AI: FDIC Chairman Jelena McWilliams expressed the FDIC wants to partner with other regulatory agencies to prepare guidance for banks on the use of artificial intelligence but will be moving forward with or without other regulators if they don't agree. The FDIC is also considering replacing government contractors used to create regulatory technology by reaching out to non-traditional partners that will "help avoid the limitations of monolithic, government-imposed technological mandates that are too expensive and out-of-date by the time they are developed." More information is available here.

HSBC Begins Search for New CEO: After just 18 months in the role, HSBC CEO John Flint is leaving the bank, and Head of Global Commercial Banking Noel Quinn will serve as interim CEO. The search for a permanent replacement could take anywhere between six months to a year.
Fifth Third Bank to Raise Minimum Wage to $18/Hour: Beginning October 28, 2019, the minimum wage for Fifth Third Bank employees will increase from $15 to $18 an hour which will help the bank appeal to and retain quality employees, said CEO Greg Carmichael. Fifth Third’s move joins other banks that have increased minimum wages, including Bank of America, which will increase theirs to $20 an hour by 2021, and JPMorgan Chase, which has a minimum wage of $16.50 an hour.

CBA’s State of the Week is KANSAS where CBA members hold $45 Billion in total assets, employ 11,000 people, provide $1 Billion in small business loans and serve 400,000 customers in the Sunflower State. Check out our state by state numbers here.