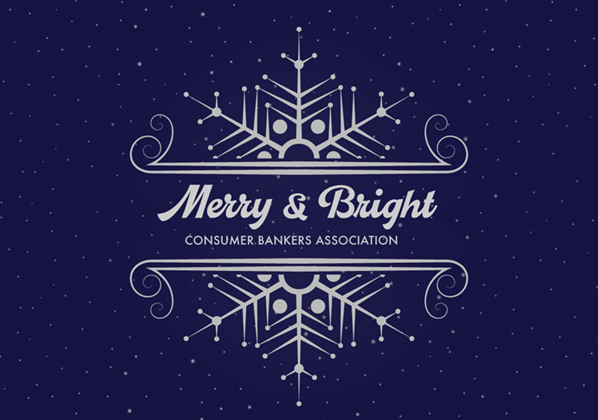 CBA General Programs, CFPB, Regulatory Compliance & Agency Engagement, Student Lending
December 21, 2018
Cajun Thoughts: HOLIDAY WEEK Today begins one of my favorite weeks of the year, where I head down to Jennings, Louisiana to spend time with my mother, three older sisters and more than 10 nieces and nephews. As always, I will be visiting Walmart, Sonic, Boudin King and the 14 payday lenders. I hope all of you have time to spend with your families as we prepare for 2019 … WHAT’S IN A NAME I never really focused on the name of the CFPB as I was more concerned about what they actually do, not what they are called. That being said, I am glad newly confirmed Director Kraninger decided to keep the name as there are many other priorities to focus on in her early tenure. I think the most accurate name for consumers would be the CFPC, the Consumer Financial Protection Commission … ROBINHOOD Glad to see Robinhood changed course. As you may have seen, CBA sent a letter to regulators this week, available here … Trump vs. Everybody This is the last chance President Trump has to build the wall, given the fact the Dems will be taking over the House of Representatives … CBA LIVE 2019 I am very excited about our speaker lineup for CBA LIVE 2019: The Currency of Now, which includes first-rate speakers representing banking’s best: Comptroller Otting of the OCC, Chairman McWilliams of the FDIC, Bank of America’s Brian Moynihan and Chase’s Thasunda Duckett are already confirmed. Are you? ... Thank You Janet Pike for an 11 year ride and 9 years at CBA. The world is a much better place with you in it.
*Short of any breaking industry news, we will NOT send a Weekly Report next week in observance of the holidays.*

Customize Your CBA LIVE Experience: CBA LIVE is where retail banking's senior leaders gather to connect, learn and prepare for what's to come. Join us in our Nation’s Capital to experience 90 hours of comprehensive programming including 13 diverse forums on key areas of retail banking, ranging from auto finance and the CFPB to risk, small business and talent management.


The winner will be announced and all applicants will be showcased at CBA LIVE 2019. The winning bank will receive $10,000 to donate to a non-profit program of its choice.

Trump Taps Otting As Acting FHFA Head: President Trump announced yesterday Comptroller of the Currency Joseph Otting will serve as acting Federal Housing Finance Agency director until Mark Calabria is confirmed by the Senate. A fully functioning secondary mortgage market is imperative to a strong economy and I am confident Mr. Otting will bring the same level of professionalism and thoughtfulness to the agency that he has brought to the OCC. Ensuring consistent leadership at FHFA is crucial and we urge the Senate’s swift confirmation of Mark Calabria as fulltime director.

FDIC Board Approves 2019 Operating Budget: The FDIC’s 2019 Operating Budget marks the ninth consecutive year of lower annual operating budgets and staffing levels for the FDIC. The proposed budget provides for increased examination resources in the information technology area, creating 23 new positions for IT examiners and specialists. This would also allow us to add 23 new positions for large bank supervision.

Today, 40 FDIC-supervised institutions have assets greater than $10 billion. 10 years ago, only 23 institutions were that large; 20 years ago, only seven. The additional staff will help us address the unique challenges these big banks present. Chairman McWilliams’ statement is available here.

ICYMI: On Wednesday, CBA issued a joint financial trades statement with ABA, BPI, CUNA andNAFCU ahead of the FSOC meeting to discuss CECL accounting standards. In the statement, we urge FSOC to seek a delay in CECL implementation until a transparent quantitative impact study is performed and shared with the industry. The statement is available here.

Rep. Luetkemeyer Introduces Supervisory Guidance Bill: On Thursday, Rep. Blaine Luetkemeyer (R-MO) introduced legislation requiring federal regulators to clarify that guidance outside of the rulemaking process is not legally binding and does not take the effect of law. Regulatory guidance helps financial institutions better understand and comply with existing rules on the books. In recent years, however, this guidance has often been used to circumvent the formal rulewriting process. Rep. Luetkemeyer’s bill is a positive step and allows regulators to continue providing clarity to supervised financial institutions about rules and regulations while protecting the rulewriting process, which is designed to allow regulators to carefully vet different points of views.

Fintech Deposit Account Consumer Protections: On Tuesday, CBA wrote a letter to the FDIC, the Fed, FTC, OCC and SEC, encouraging the agencies to help ensure customers know the difference in protections on accounts offered by non-bank financial institutions and accounts offered by well-regulated, Federally-insured deposit accounts offered by banks. The letter followed Robinhood Financial pitching “checking and savings” account services to its roughly six million customers as being akin to a traditional checking or savings account.

We see Robinhood as a prime example of blurring the lines.

Record High Student Loan Debt: Right-sizing federal student lending is a top 2019 priority for CBA.Federal Student Loans account for about 92% of the nearly $1.5 trillion in outstanding debt, which would make the Department of Education the nation’s fifth largest bank. The analysis from Bloomberg also noted the delinquency and default rate of student loans. According to the Federal Reserve Bank of New York, one in five borrowers in repayment is seriously delinquent or has defaulted on their student loans. Given that 98% of private loan borrowers are successfully repaying their loans, it’s clear where the real problem is.

I recently penned an op-ed, available here, discussing student loan debt and ways to tackle it. As noted in the op-ed, “CBA’s Education Funding Committee – which is comprised of every national bank in the student lending space that together make about two-thirds of all private education loans – believes the federal government has a critical role to play in helping finance higher education goals for many families, but we also believe students should know all the facts about the education financing options available.”

Banks issuing private student loans conduct responsible underwriting and provide plain-language disclosure forms before the loan is made. These are the strongest forms of consumer protection, help prevent over borrowing and similar “Know Before You Owe” disclosures are necessary for federal loans.

CBA State of the Week: Our State of the Week is FLORIDA, where more than half of all residents banks with a CBA member! CBA members in Florida hold $667 Billion in total assets, employ 79,000 people, provide $14.3 Billion in small business loans and serve 10.8 Million customers.Florida is also home to CBA member-bank TIAA Bank. Check out our state by state numbers here.