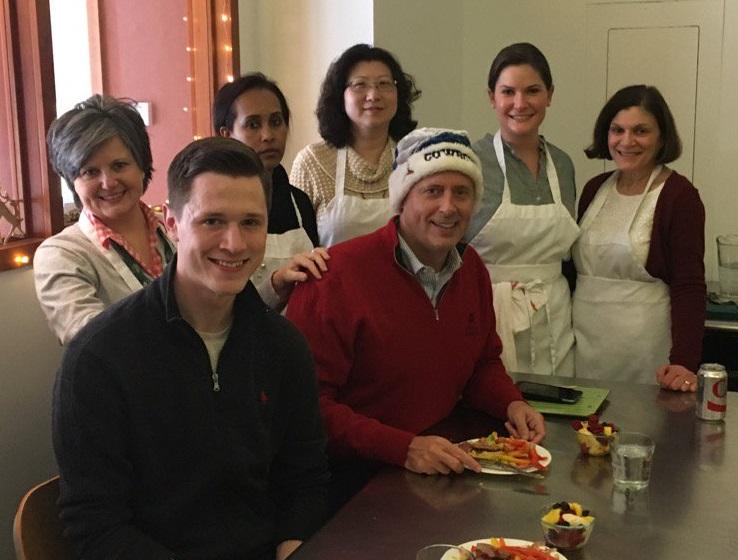 On behalf of all of us here at CBA, we would like to wish you and your family a very Merry Christmas and Happy Hanukkah. For the holidays, I am heading home to Jennings, Louisiana to visit my family, and I hope you are able to do the same. Be safe, and I look forward to catching up with everyone in 2017. 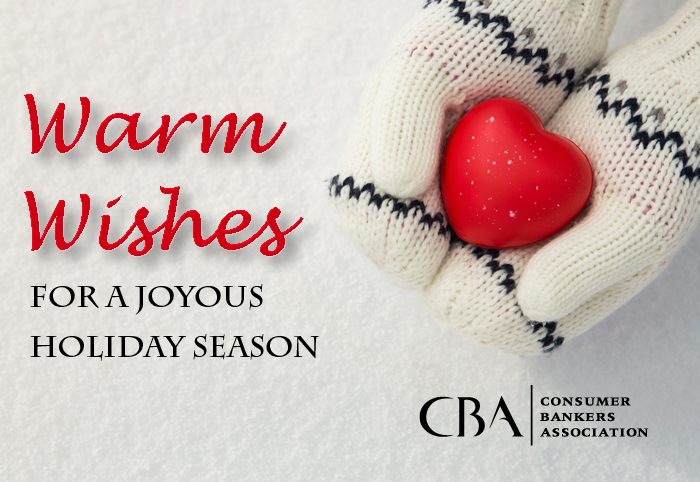 Tackling banking's tough issues, our Board Chairman Ross Carey of U.S. Bank shared his insights this week on some of CBA’s priorities for 2017, and weighed in on President-elect Trump's cabinet nominations, CFPB reform, and the consumer benefits of banking in a Q&A with CBA’s SmartBrief. Ross noted CBA will remain focused on the following four key issue:

Ross hit the nail on the head when he said bankers should be proud of their work and the services they provide consumers. Simply put, bankers help consumers finance their dreams.

You may read Ross’s full Q&A here, and stay “in the know” on all things banking by signing up for CBA SmartBrief here.

Did You Miss This? CFPB Releases 2017 Priorities

Around 4 pm last Friday, the CFPB released its Fair Lending Priorities for 2017, which signaled to many the continued unpredictability of the CFPB and the regulatory environment as a whole. In its late week announcement, the Bureau noted a shift in its enforcement of fair lending issues. The agency will refocus its efforts away from auto lending and credit cards and towards the following three areas:

In 2016, CBA’s OnSite Education program reached an impressive milestone by providing over 3,000 bankers with advanced education training designed to deepen their knowledge and understanding of bank operations. With our all-star faculty and customized curriculum, what is your bank waiting for? Have your employees join the ranks of retail banking’s future leaders and schedule a class today.

On Tuesday, Pew Charitable Trust released its latest study on bank overdraft practices, which claims overdraft fees are too high. The fact is nearly half of Americans do not have enough money available in their bank accounts to cover a $400 emergency expense, such as an unexpected car repair or medical cost. Banks offer consumers overdraft protections, which consumers must knowingly opt to receive, to help meet these expenses. Previously, many banks offered consumers short-term, small-dollar products to help consumers get by in an emergency situation. However, guidance issued by the FDIC and OCC effectively eliminated these products from the marketplace. It would seem to me consumers’ increased use of overdraft protection is largely a result of federal agencies hindering banks’ ability to serve consumers in the small-dollar space.

For additional information, you may read CBA’s analysis of the study here.

The Senate Banking Committee is in for a shakeup. On the Republican side, current Chairman Sen. Richard Shelby (R-AL) will hand over the Committee’s reins to Sen. Mike Crapo (R-ID). On the Democratic side of the aisle, Sen. Sherrod Brown (D-OH) will retain his role as Ranking Member, however, he will be joined by a few new faces. Newly elected Sens. Chris Van Hollen (D-MA) and Catherine Cortez Masto (D-NV) will join freshman Sen. Brian Schatz (D-HI) as the Senate Banking Committee’s newest members, while incoming Senate Minority Leader Chuck Schumer (D-NY) and Sen. Jeff Merkley (D-OR) will step down from the Committee. As the 2017 legislative session heats up, CBA will continue to advocate for meaningful reforms which will better the financial well-being of consumers.

How Does Your Bank Assist the Local Community?

CBA’s Joe Belew Award deadline is fast approaching. Each year, CBA highlights our member banks’ commitment to community development by awarding one exemplary CBA member bank with our annual Joe Belew Award. This year, the award will be presented to the applicant with the most innovative and impactful program supporting digital access to financial services. To be considered for this prestigious award, submit your application by Thursday, February 8, 2017. The winner will be announced on stage at CBA LIVE 2017.

Congratulations to Sallie Mae on its fifth anniversary of being traded on the Nasdaq. Last Friday, Sallie Mae’s Chairman and CEO Raymond Quinlan, board members, company executive and four Sallie Mae scholarship recipients were in New York to ring in the Nasdaq’s opening bell. CBA is proud of your efforts in helping students and families plan for college, and we are thrilled to have you as a member of CBA. 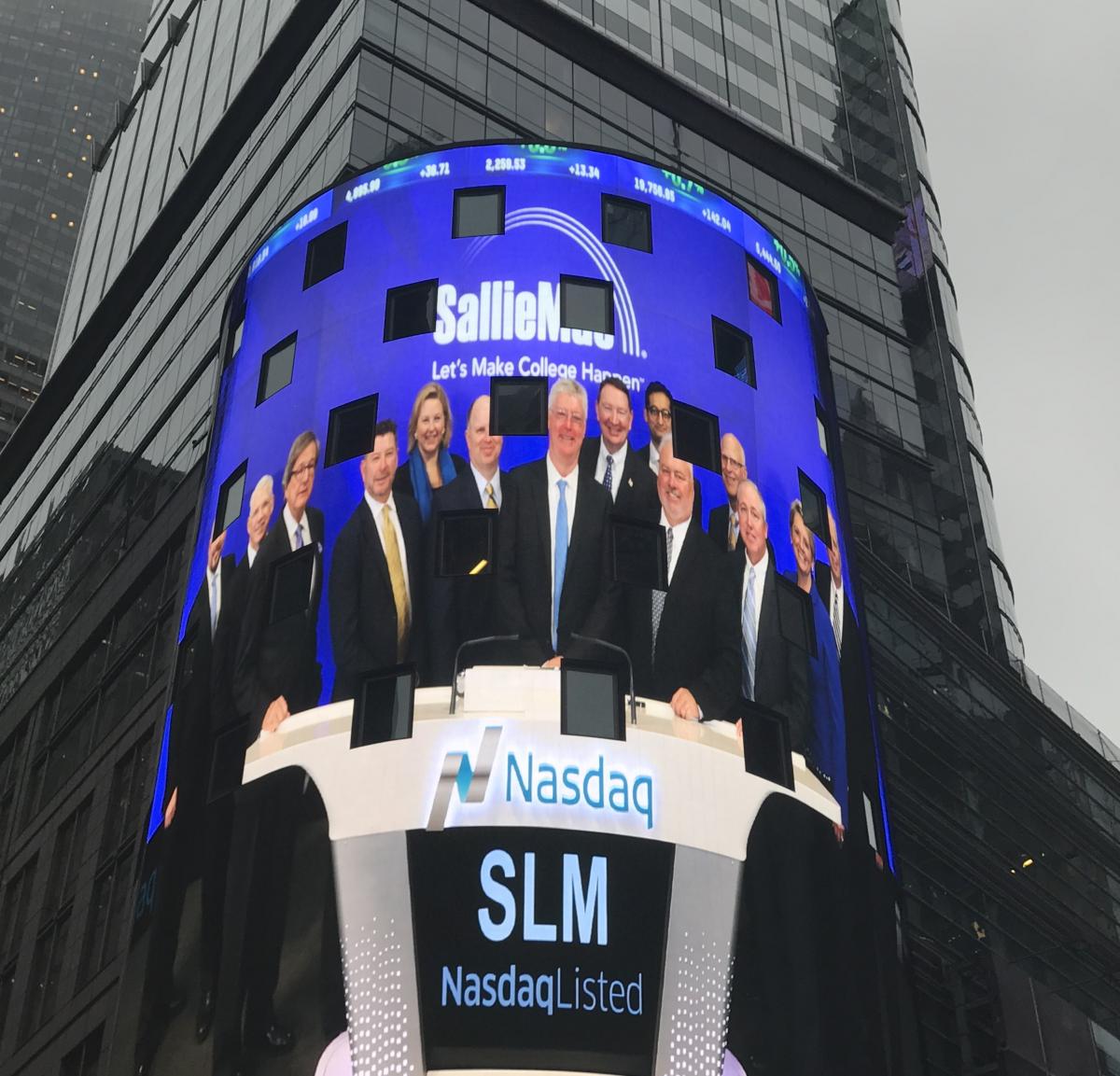 Kudos to MainSource Financial’s President and CEO Archie Brown for following CBA’s golden rule: Always buy a non-CBA member bank. This week, MainSource announced its agreement to purchase FCB Bancorp, headquartered in Louisville, Kentucky. The merger is expected to close in the second quarter of 2017. We wish the two banks, their customers, and their employees well as the deal is finalized.

Welcome to the CBA family, Noble Systems. CBA is glad to have you, and we look forward to working with you in the coming year.

A Checklist for Fixing Dodd-Frank

Our thoughts and prayers are with Jan Woosley and her family following the passing of her son David. Jan, of MUFG Union Bank, is a former Chair of CBA’s Community Reinvestment Committee.

Chris Henson was promoted to President of BB&T. Chris will continue to serve as the bank’s COO, as well.

Deborah Wright, former Chairman and CEO of Carver Bancorp, will join Citigroup’s Board of Directors.

This week, Team CBA was heads down planning for CBA LIVE: Where [ it ] Begins. Don't miss your chance to save $300 when you register by our January 13, 2017 Early Bird deadline. 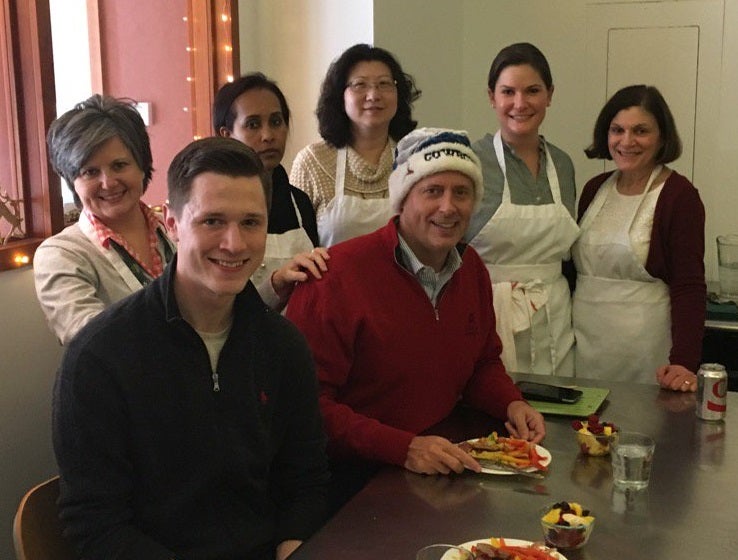 The winners of Team CBA's Holiday Cook-off. Who knew we had so many culinary masters in the house?