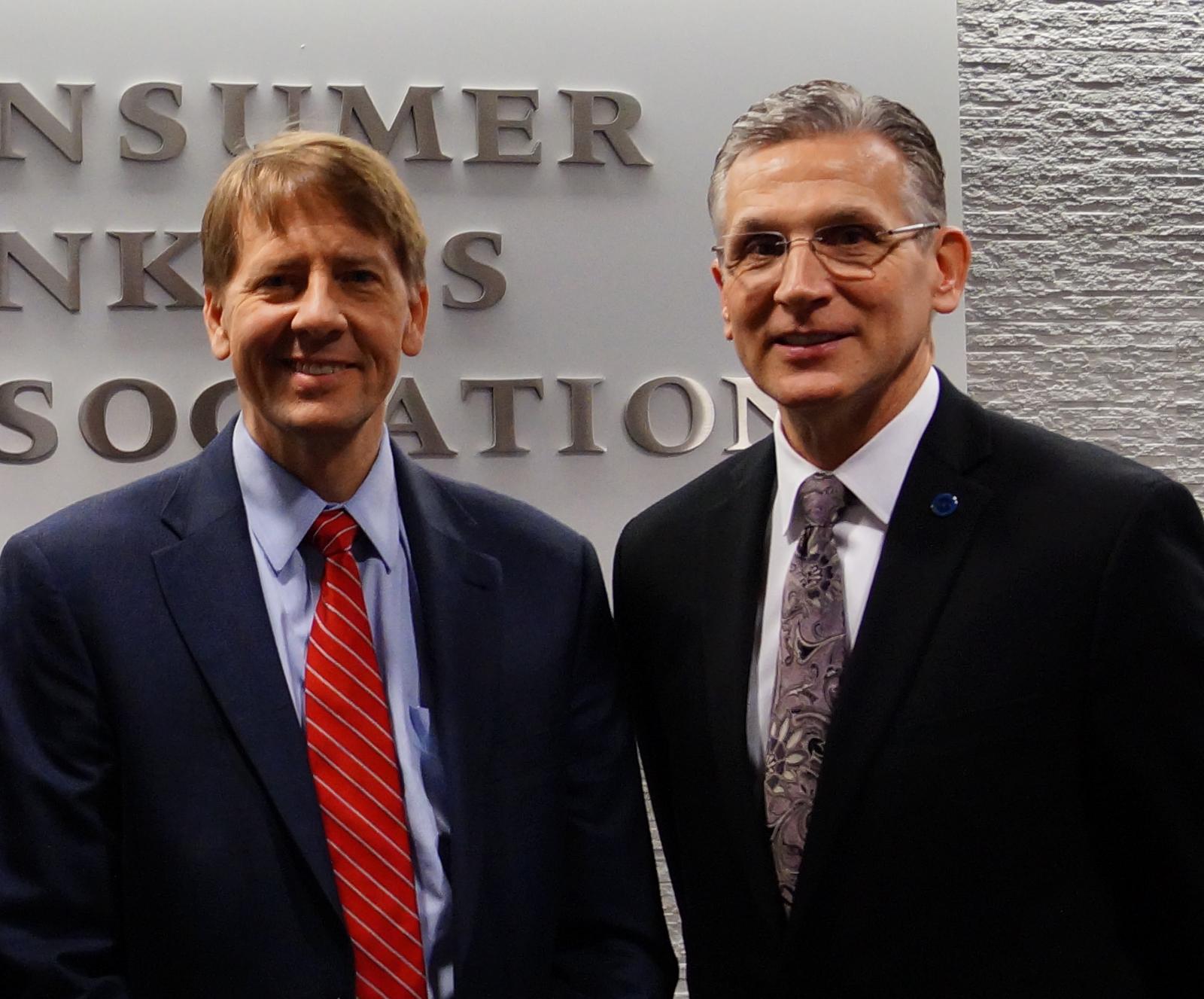 CBA is at its strongest when our Board of Directors comes together to chart a path forward. As CBA Board Chairman Ross Carey of U.S. Bank discussed with Morning Consult, we visited with 15 Senate offices (mostly Senate Dems) on Capitol Hill to advocate on behalf of our membership and the customers they serve. In 2017, CBA’s top legislative priorities remain enacting a five-person, bipartisan commission at the CFPB and repealing the Durbin Amendment (interchange). In addition, promoting balanced regulation and providing for next generation banking are key priorities for CBA as well. Needless to say, these issues are essential to advancing the financial well-being of consumers. For a deeper dive, Ross and I spoke with the American Banker about CBA’s advocacy efforts.

Gathering at CBA HQ for our in-person meeting, the board began the day by electing Carl Liebert of USAA to serve on CBA’s Board. Additionally, we are thankful CFPB Director Richard Cordray, and Oliver Jenkyn, Pace Bradshaw, John Brooks and David Cramer of VISA were able to join us.

Here are my top takeaways from the meeting: 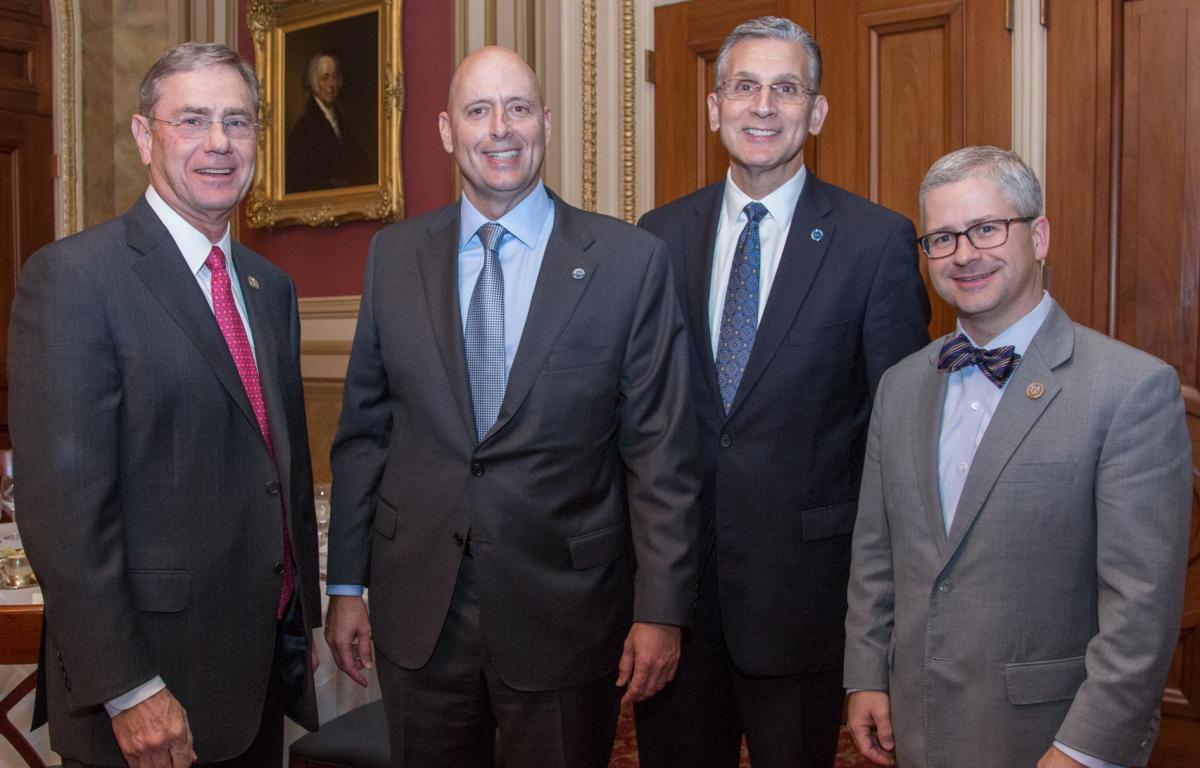 What’s the Holdup on Financial Reform?

As I stated on CNBC’s “Squawk Box,” Dodd-Frank is imperfect – just like all 2,000 page bills. While there are many parts of Dodd-Frank which are good for banking, consumers, and the economy, there is no doubt parts of the law need to be reformed to reflect the changing times. Today, banking is much healthier than it has been in the past decade, and banks’ commitment to robust underwriting standards is as strong as ever. So when will reform come? Well, Chairman of the House Financial services Committee Jeb Hensarling (R-TX) believes Dodd-Frank reform is on the docket for 2017, and CBA looks forward to working with him, as well as the rest of Congress, to ensure financial policy aligns with the needs of consumers. While we work to pass needed reform, I know the banking industry is well equipped to meet the challenges ahead.

Banking Startups on the Rise

With Dodd-Frank reform in the air, applications for new bank charters are on the upswing. While just a drop in the bucket compared to the hundreds of applications received in past years, this uptick signals a shift in banks’ economic and regulatory outlook. This is good news for consumers and the banking industry as bank formation helps our economy flourish. As those who follow banking closely already know, the best is yet to come from our nation’s banks.

Congratulations to CBA’s newest corporate member Flagstar. Expanding its business to countless new consumers, the bank has agreed to purchase Stearns Lending’s residential mortgage delegated correspondent lending platform. CBA wishes the bank well as it welcomes a host of new employees and customers to their family. The deal is expected to make Flagstar the fourth largest correspondent loan originator in the nation.

To Our Friends at TCF

Our thoughts and prayers are with TCF following the passing of their former CEO Bill Cooper. From everyone at CBA to Bill’s family, friends, and coworkers, we extend our deepest condolences.

SoFi to sell student loans to small banks through Promontory

Cedric Bru of Taulia on Building Trust Through Vulnerability

Former CBA Board Member Jamie Warder was hired by KeyBank as head of business banking. 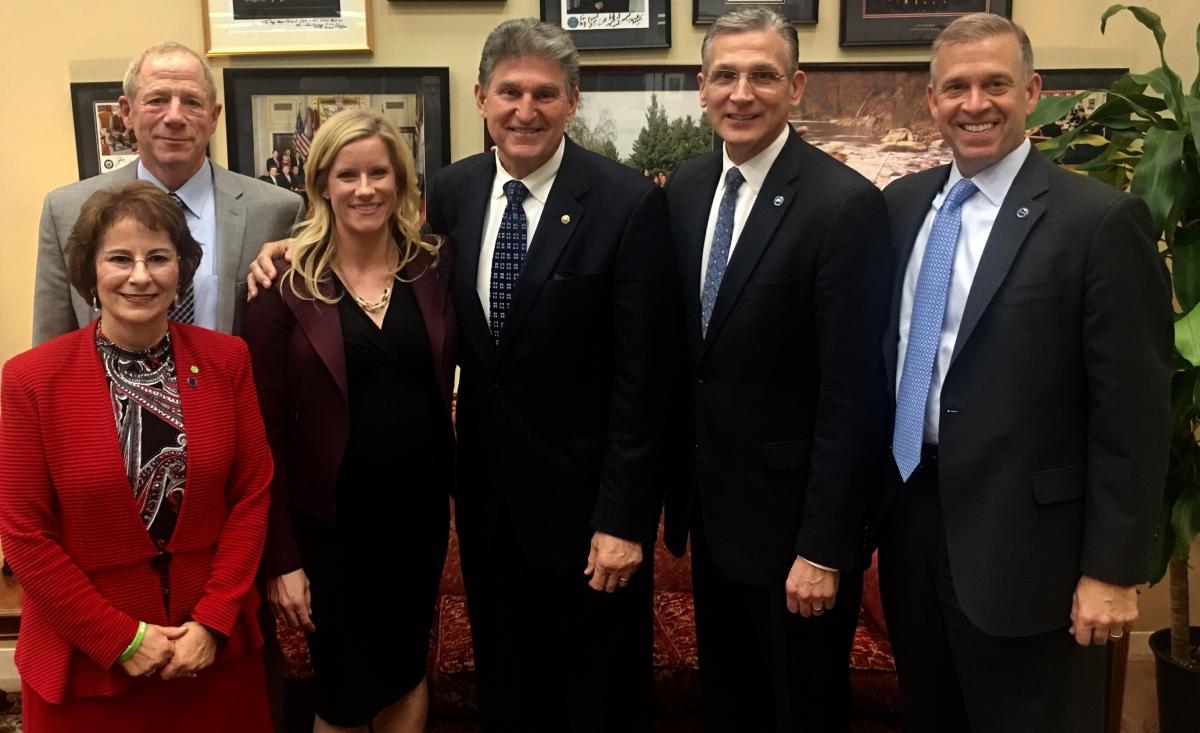 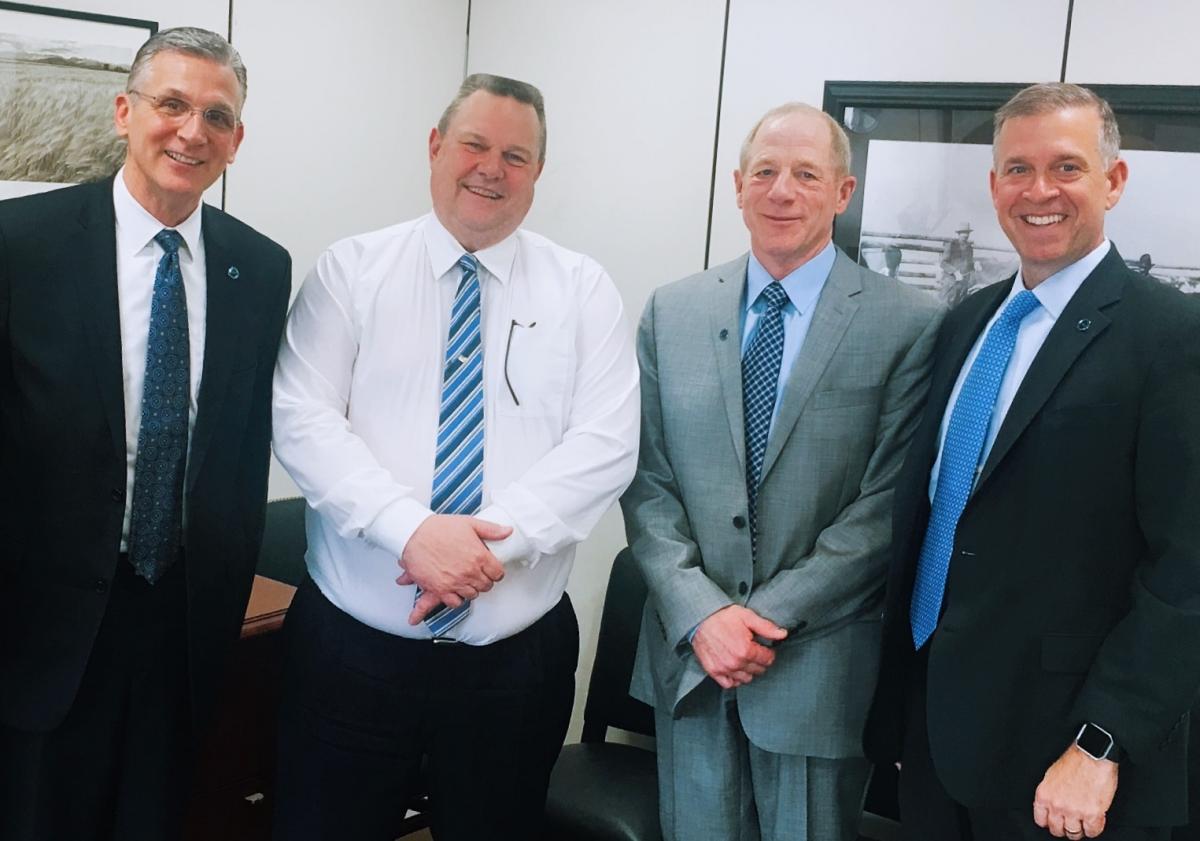 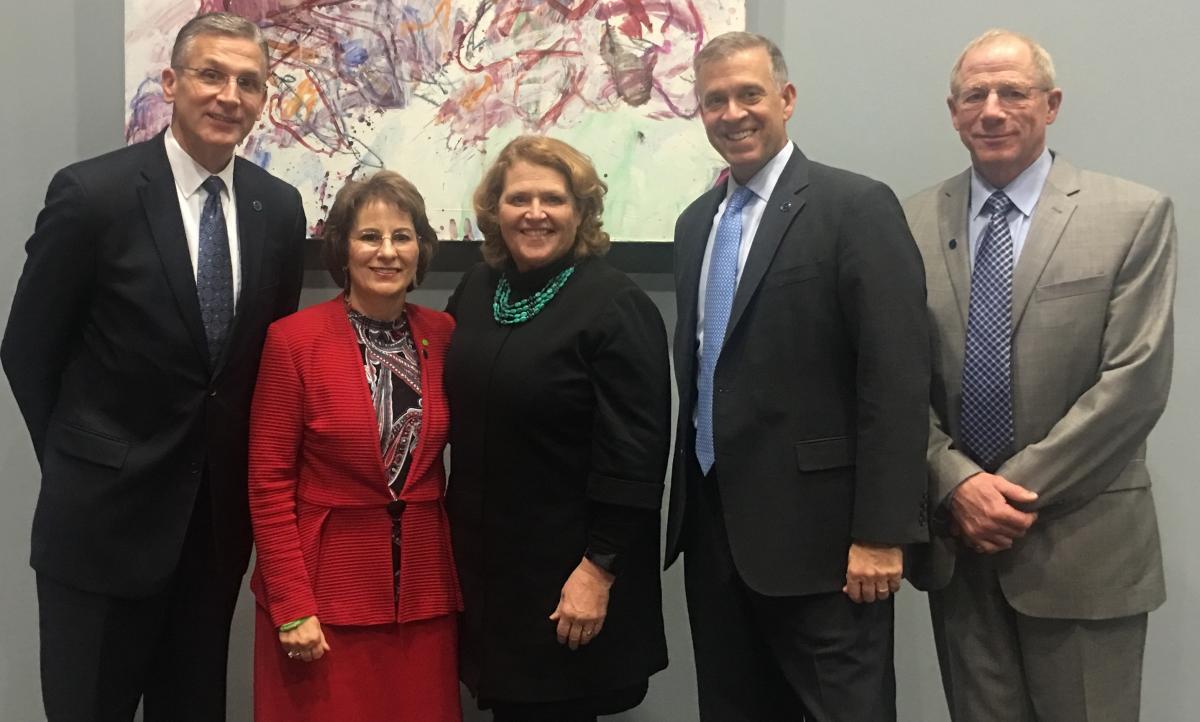 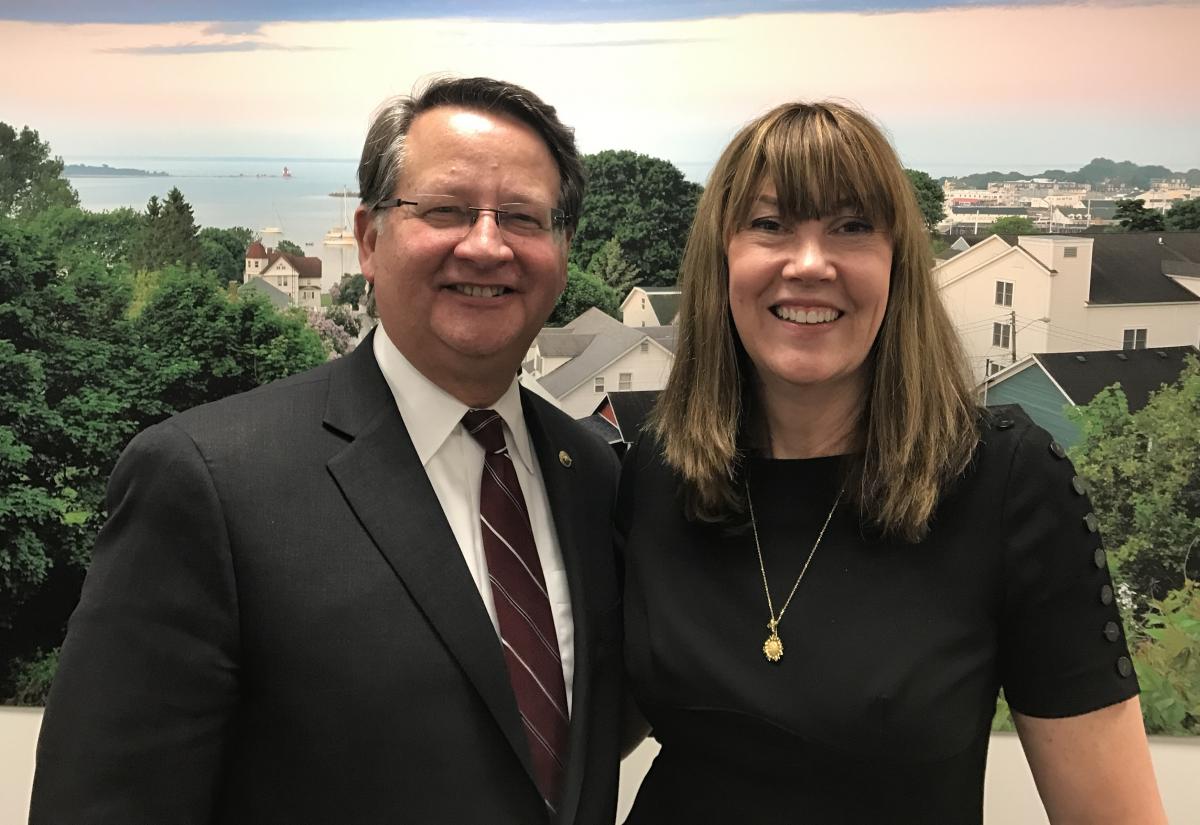 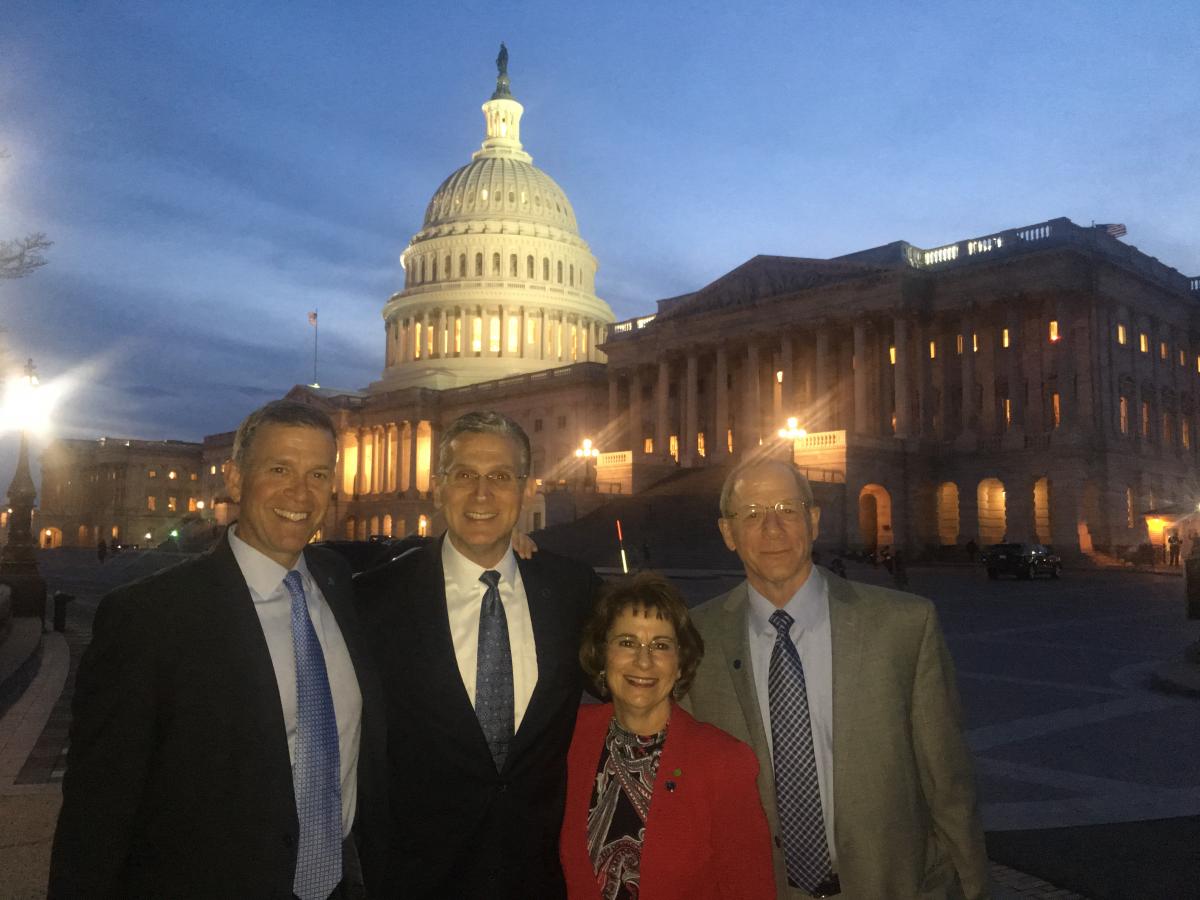 (L to R) CBA Board member Andy Harmening of Bank of the West, Board Chairman Ross Carey of U.S. Bank, Board member Mary Navarro of Huntington and CBA member Ed Garding of First Interstate Bank in front of the Capitol Dome. 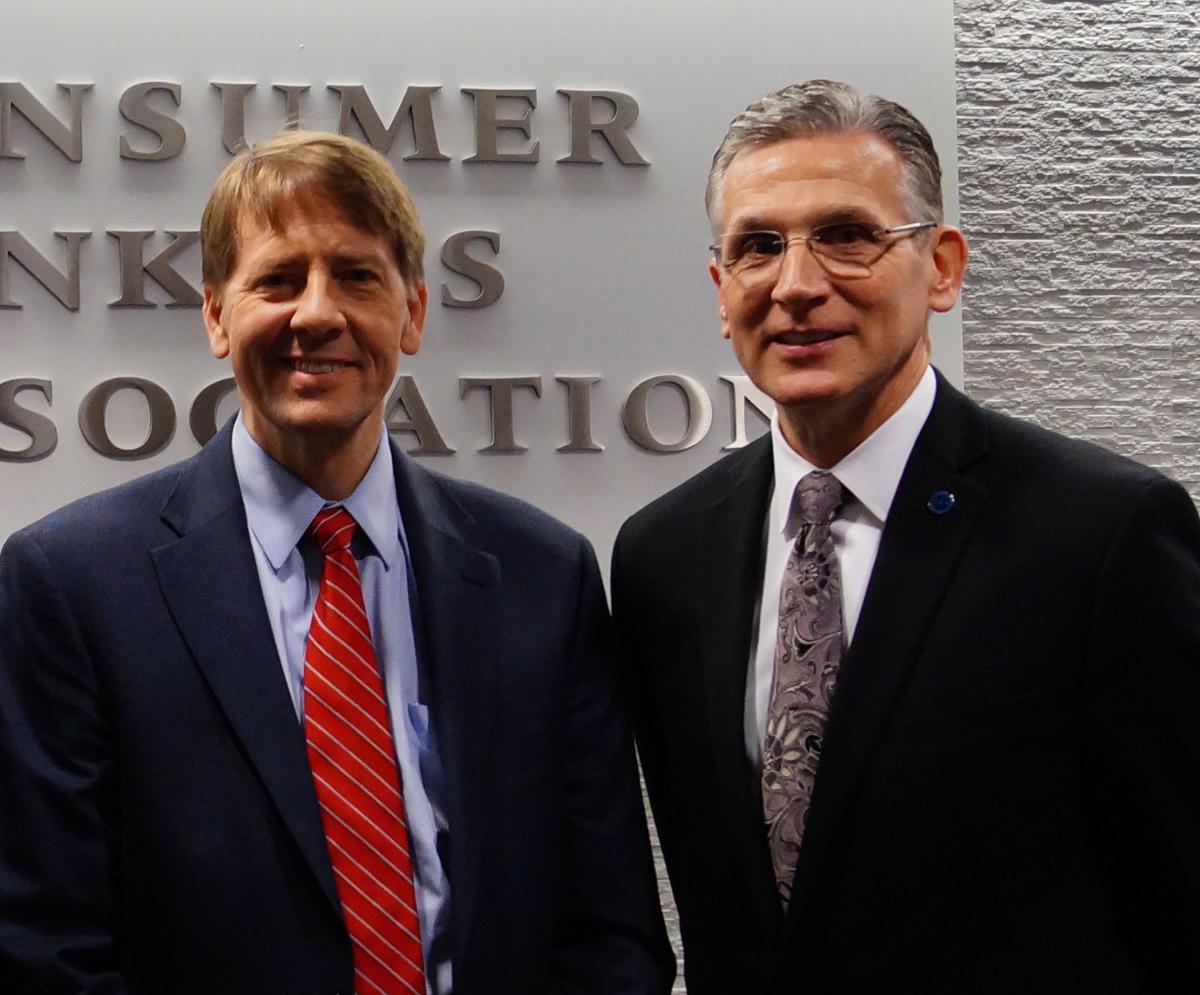 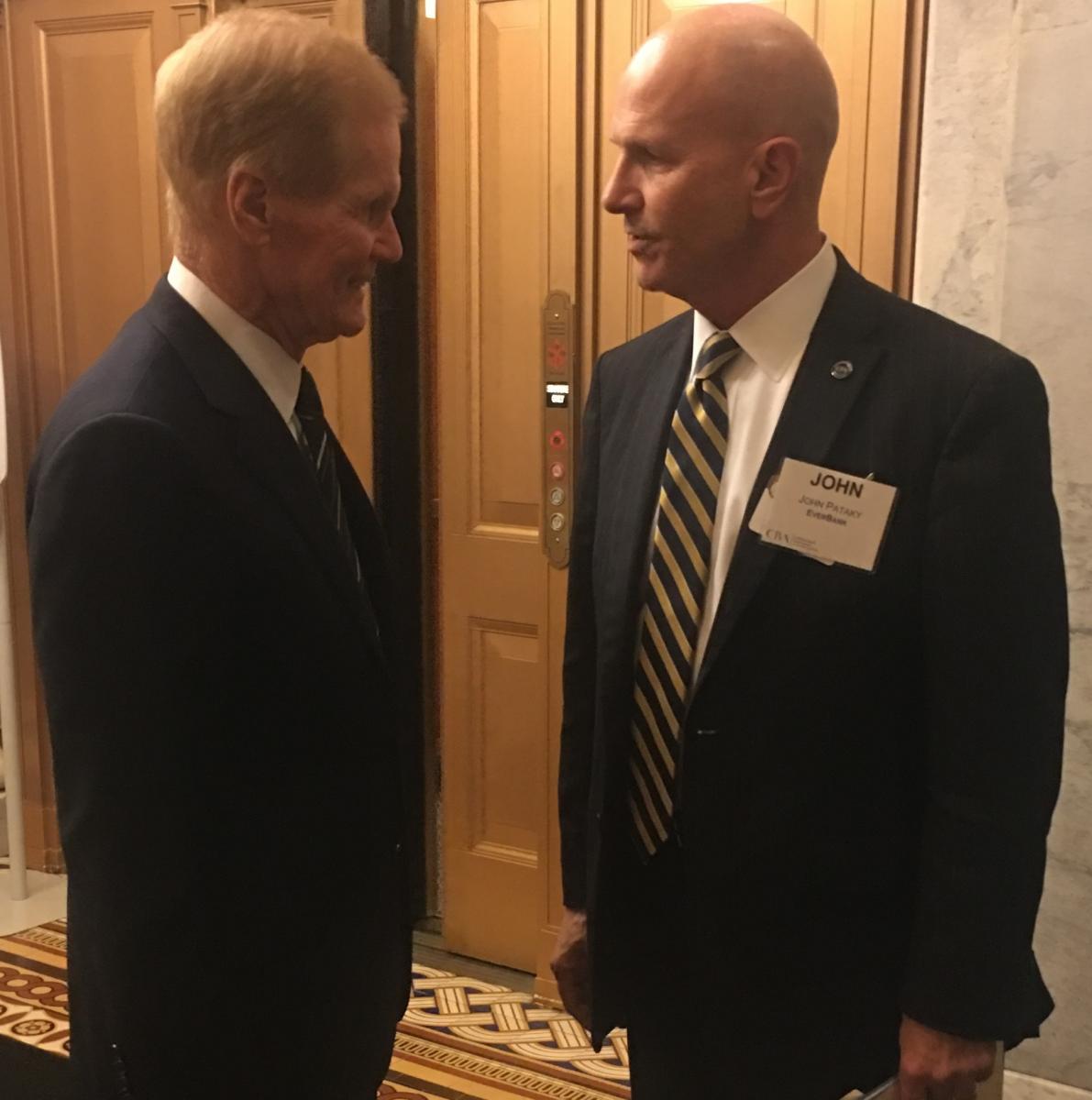 CBA member and Jacksonville-native John Pataky of EverBank talks with his Senator, Bill Nelson (D-FL) this week on Capitol Hill.