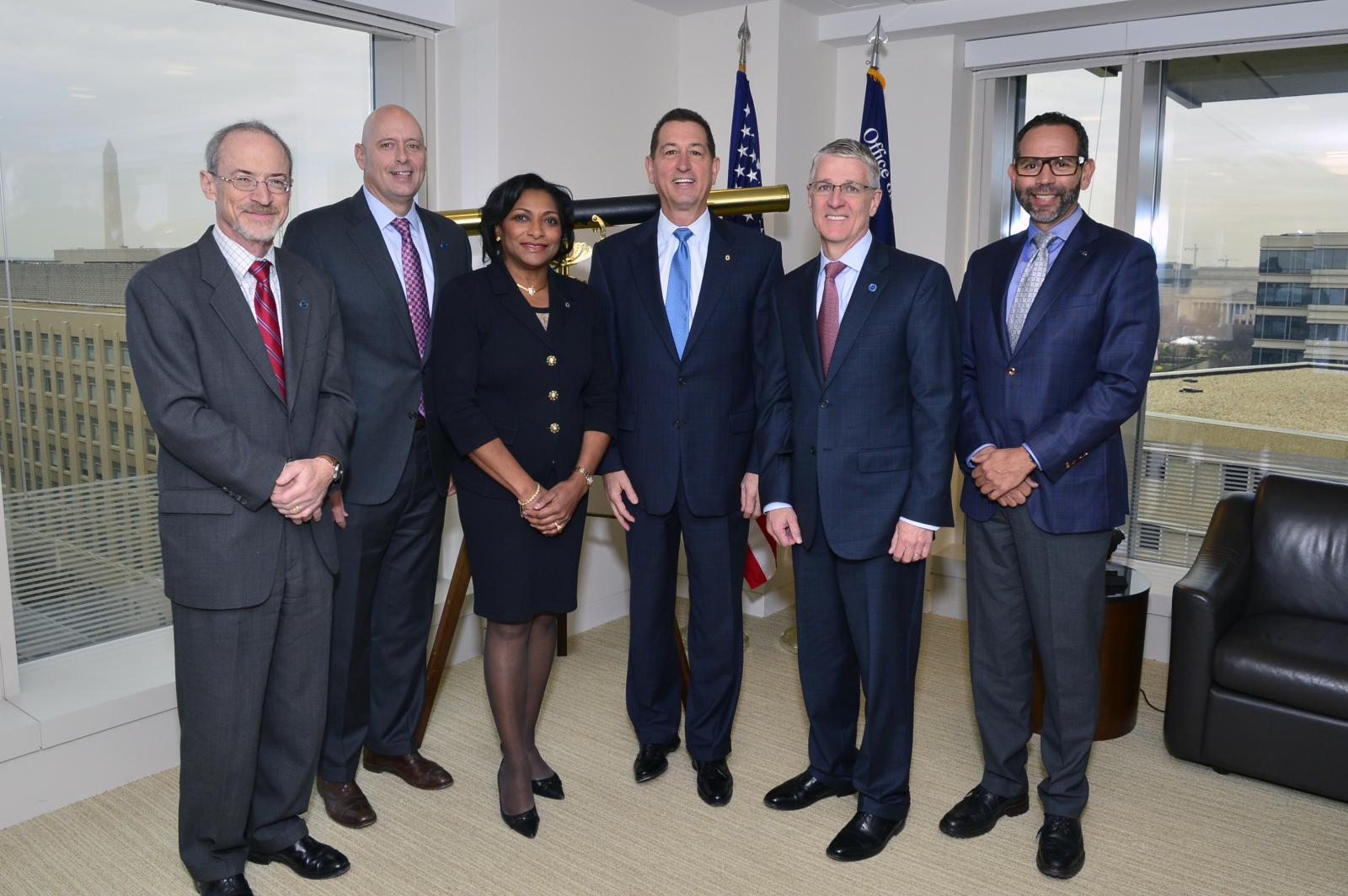 The CFPB Wants to Hear from You – Next up in a series of requests for information (RFIs) from the CFPB: enforcement actions. The Bureau seeks feedback on the agency’s enforcement of Federal consumer financial law. We expect an RFI on its supervisory processes next week.

Keep in Mind – The CFPB has two outstanding RFIs on Administrative Adjudications (due April 6) and Civil Investigative Demands (due March 27). Looking to comment? Be sure to click the links here.

And the OCC Does, too – The agency is looking to simplify and amend the Community Reinvestment Act (CRA) with a focus on increasing the benefit communities receive, and they are planning to seek input within the next 30 days.

CBA will be submitting comments on the CFPB’s RFI on enforcement actions and the OCC’s request for input on CRA.

Three Key Financial Nominees Advance – The Senate Banking Committee approved Jelena McWilliams as FDIC chairwoman, Marvin Goodfriend as a Federal Reserve Board Member and Thomas Workman as the insurance member of the Financial Stability Oversight Council. What’s next for these three? A vote before the full Senate, and they each need 51 Senators to vote “yes” on their nomination to be officially confirmed.

OCC’s Otting Blazes His Own Trail – Diverting from the normal playbook of a typical regulator, Comptroller Joseph Otting has shown he is not afraid to weigh in on political fights. Since taking over as head of the OCC, he sent a letter to Senator Robert Menendez (D-NJ) refuting a claim which argued the OCC failed to correct supervisory problems relating to Wells Fargo and issued a statement supporting OMB Director and Acting CFPB Director Mick Muvlaney’s leadership. This is not something we have grown accustomed to in Washington over the years.

Powell Takes His Oath – Jerome Powell became the 16th Federal Reserve Chair on Monday, after being sworn in by Vice Chairman Randal Quarles. We look forward to looking alongside the Fed’s new leader.

CFPB’s Luxurious Amenities – Taking an exclusive tour of the CFPB’s headquarters in Washington, D.C., the Daily Caller highlighted a handful of amenities that make it a very unique government agency building (Spoiler: No, I will not be applying to work there, but the article’s photos are quite lavish). These amenities include:

And many more features which I would encourage you to check out here.

Here is what you will learn:

On the Retirement of FSR’s Tim Pawlenty – Under Tim’s trademark ‘Minnesota nice’ demeanor, he has been a dedicated fellow advocate for the banking industry and a leader on cybersecurity initiatives during his time at FSR. I enjoyed working with him and wish him well on any future endeavors.