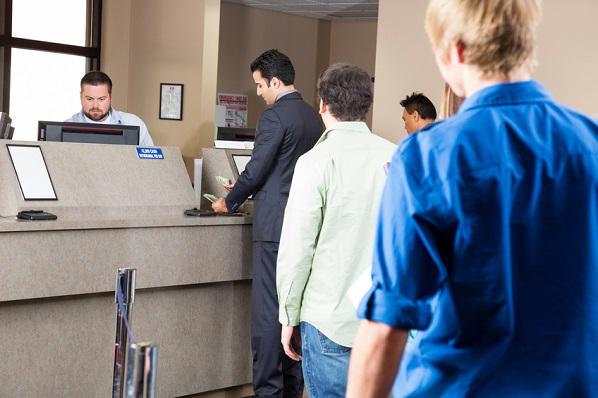 CBA launched a special "Contact Your Bank" page on our website dedicated to helping educate customers and the public on ways banks are assisting furloughed federal workers. CBA will continue to update this page as new programs are announced and please reach out to a CBA Team Member if you would like to add anything for your institution.

Cajun Thoughts: The government shutdown is now entering into a “serious” state as the Feb 1, 2019 mortgage payments are coming due soon. I see no resolution in sight. Many thanks to all of our banks who are assisting their customers through their hardship. Here is CBA’s page with our banks’ efforts listed … HOUSE FINANCIAL SERVICES COMMITTEE The House Democrats announced their additions to the Financial Services Committee including self-described “anti-big banker” and “socialist” Reps. Alexandria Ocasio-Cortez, Ayanna Pressley, Rashida Tlaib and Katie Porter as well as self-described moderates including Reps. Sean Casten, Dean Phillips and Ben McAdams. We will have a full summary of all new members once the sub committees are finalized.

In addition to top-notch presenters, CBA LIVE brings 90-hours of info-packed programming and 13 forums focused on key areas of retail banking. Our customizable program allows you to move between forums and choose sessions based on your specific interests. Take advantage of unprecedented opportunities to network with 1,500+ attendees, including 650+ senior bankers and a host of the industry's top solutions providers.

Government Flights Grounded, Negotiations Yet to Take Off: Today is Day 28 of the partial government shutdown, the longest in history and the only one where a branch of the military (Coast Guard) is not being paid. Earlier this week, House Speaker Nancy Pelosi (D-CA) asked President Trump to delay the State of the Union Address or deliver it in writing as long as the government is closed. The White House responded yesterday by canceling the military plane the Speaker was going to use for a trip to Afghanistan, saying she should stay in Washington to negotiate funding for a border wall. The White House also canceled several Cabinet Secretaries’ trip to the Davos economic summit.

Speaking of things being canceled, Congress also canceled next week’s planned recess. Both chambers will be in session but the Senate does not have any votes scheduled which means many Senators will not be in Washington anyway.

It may be Day 28, but for many furloughed federal employees, this is the first time they’ve felt the effects because last Friday was the first missed paycheck. With monthly bill payments coming due in a few weeks, many banks have started to experience an uptick in customers calling for assistance and we have heard several furloughed employees are calling about February’s mortgage payment.

A list of how CBA member institutions are helping is available here. Negotiations so far have not made much headway but Congress did pass legislation, which the President signed this week, ensuring all federal workers will receive back pay once the government reopens. Contract workers, however, are not included in that. Congressional delegations representing a high number of federal contractors are working to have them included.

The Wall Street Journal yesterday had an interesting article on how the shutdown is impacting small businesses because of their inability to receive SBA loans. CBA has been in touch with SBA leadership and will keep members posted if there is any news on that front.

If you read one thing about the shutdown, this should be it. Many are wondering why both sides are so dug in and unwilling to compromise on border wall funding in order to reopen the government. Here is why: 88 percent of border wall opponents "say it would not be acceptable to pass a bill that includes Trump's request for wall funding" while 72 percent of supporters said "a bill to end the shutdown would be unacceptable if it does not include Trump's funding request,"according to Pew.

CFPB Requests Authority to Supervise MLA Compliance: CFPB Director Kathy Kraninger yesterday wrote Congress requesting authority for the CFPB to supervise compliance with the Military Lending Act. In an emailed statement, Director Kraninger said “The Bureau is committed to the financial well-being of America’s service members. This commitment includes ensuring that lenders subject to our jurisdiction comply with the Military Lending Act so our service members and their families are provided with the protections of that law.” When Mick Mulvaney was Acting Director at the CFPB, he stopped enforcing MLA because he believed it was outside of the CFPB’s jurisdiction. More here.

Speaking of the HSFC…Chairwoman Maxine Waters spoke Wednesday at the Center for American Progress Action Fund Event where she stuck close to her prepared remarks and did not break any news. She spoke about the Diversity and Inclusion Subcommittee and the need for more diversity on company Boards of Directors, as well as the need for these numbers to be reported. Waters’ remarks were fairly measured on this topic, stating the committee will need time to collect data and review it.

Fourth Quarter Earnings: CBA member-banks exceeded earnings expectations. This week’s fourth quarter earnings marked the final period in which the reduction in corporate tax rates (35% to 21%) play a role in boosting profit growth. Since rates are not expected to drop again, bank earnings in 2019 may not be as robust as 2018. Or as noted by the Wall Street Journal, in the absence of tax overhaul effects, banks could turn to more traditional strategies to increase earnings such as “lending more, bolstering margins or cutting costs.”

Huntington Strengthens Digital Banking Efforts: As part of its “Fair Play Banking” philosophy launched in 2010 following a two-year-long listening tour, Huntington Bank has implemented a new digital banking experience with artificial intelligence to help consumers manage their spending habits and personal finances. The Hub alerts consumers when their spending is worrisome and sends payment reminders to support best budgeting practices. The product also notifies the consumer when a possible “erroneous transaction” could have happened.

Long-time CBA Board Member and Huntington’s Director of Consumer & Business Banking Andy Harmening speaks about the bank’s dedication toward transparency and customer valuehere.

U.S. Bank To Expand into Texas, Southeast: The lifting of the OCC enforcement order givesU.S. Bank “more flexibility to optimize our existing branch network and to selectively expand into new markets with a digitally-led, branch-light strategy,” said CEO Andy Cecere. Plans to consolidate bank branches and open new, smaller ones are moving forward in Texas and throughout the Southeast. The goal is to reach consumers who do not hold deposit accounts with U.S. bank, but may already have a mortgage, car loan or credit card. Learn more here.

KeyCorp to Buy Laurel Road Bank: The Connecticut community bank Laurel Road will be acquired by KeyCorp to allow users to refinance student loans and originate mortgages. The digital lending platform will send 140 employees to join Key as part of the agreement, but Laurel Road will keep its name and brand. More here.

Fiserv Acquires First Data: CBA premier sponsor Fiserv will take over First Data in a $22 billion all-stock deal, producing the biggest payment processor in the world. The fintech giant will be called Fiserv and current Fiserv President & CEO Jeffrey Yabuki will serve as CEO & Chairman while current First Data Chairman & CEO Frank Bisignano will serve as President & COO. The acquisition is set to close in the second half of 2019. Learn more about the soon-to-be combined company here.

CBA Team News: Congratulations to the CBA Team on a great year! Below are some well-deserved title changes:

Jim Ryan Named Old National CEO: Old National Bank has appointed the company’s CFO Jim Ryan to succeed CEO Bob Jones who is set to retire on May 2. Old National’s treasurer Brendon Falconer will become CFO. Mr. Jones will continue to serve as the bank’s chairman through January 2020. Congratulations to all! More here.

BMO Harris Recognized for Diversity: BMO Harris Bank was listed in Forbes’ annual ranking as one of The Best Employers for Diversity 2019. Diversity and inclusion is extremely important to CBA member-banks, and I am proud of the progress that has been made and will continue to be made. Congratulations!

Our State of the Week is ARIZONA, where 1 out of 6 residents banks with a CBA member! CBA members in Arizona hold $170 Billion in total assets, employ 24,000 people, provide $3.5 Billion in small business loans and serve 4.2 Million customers. Check out our state by state numbers here.