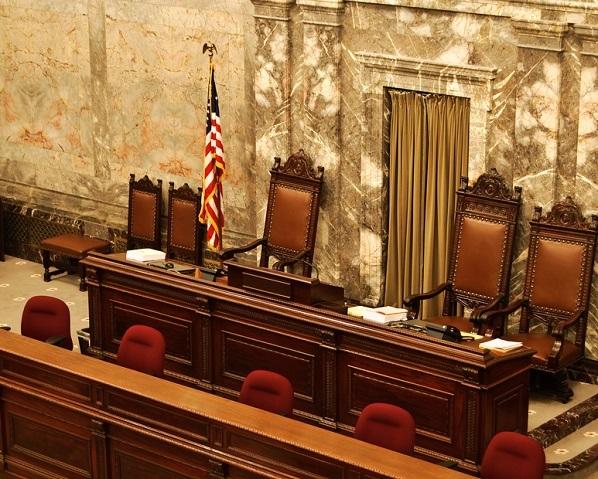 Cajun Thoughts: The 116th Congress convened yesterday with both new and returning members being officially sworn in. The CBA Team was spread out meeting with various members including Sen. Carper, Sen. Sinema, Sen. Cramer, Rep. Hollingsworth, Rep. Beatty, Rep. Meeks, and Rep. Graves. This is one of my favorite days of the year as our democracy once again prevails with a peaceful transition in the U.S. House of Representatives. I still believe little legislation will become law but will certainly be “headline” heavy…GOV’T SHUTDOWN We are now on Day 14 of the partial government shutdown with a lot for impact on the financial lives of federal workers beginning to set in. I am glad to see so many of our banks assisting their customers…PRESIDENT WARREN Yes, it could happen. Get ready for manymore announcements in the very near future. My guess is 25 candidates for the Democrats and 5 candidates for the Republicans…ONE LAST TV SHOW TO WATCH I am told “Panic” on VICE regarding the 2008 financial crisis is very good…DALLAS COWBOYS Saturday, 8:30 PM. BRING IT!...HOME FOR THE HOLIDAYS I spent 7 consecutive days in my hometown of Jennings, LA over the holidays. There are many complaints of gas prices being TOO LOW as the area is highly dependent on the oil and gas industry. Fortnite is everywhere! My nieces and nephews were more interested in “V-Bucks” than actual gifts. The “Game” brought in over $3 Billion in profit and 200 million players in just 2018. All 13 payday lenders are still in business...RESORT VS. OVERDRAFT FEES I recently stayed in a hotel that assessed a $65 per night resort fee. And Congress/media are upset about overdraft fees?

CBA LIVE 2019 Early Bird Deadline: Start your new year with savings on CBA LIVE, where retail banking's leaders come to connect, learn and prepare for what's to come. Don't wait... Early bird registration ends in 15 days on Friday, January 18! If a bank sends 15+ attendees, they will receive a special early bird group rate. Register here before the deadline to save $300. Registration is available online, and by mail or email with our printable registration form.

New Congress, Same Shutdown: Now in its fourteenth day, here is the latest on the ongoing partial government shutdown.

With the Christmas and New Year holidays, the large-scale economic and business impact of the shutdown has been relatively minor. Only one partial pay period has been impacted for the approximately 800,000 furloughed federal employees, but with the holidays over and furloughed workers facing a full pay period with no pay, the impact is expected to spread. The American Federation of Government Employees has filed a lawsuit on behalf of members deemed “essential” and required to continue working despite their agencies being part of the partial shutdown. This means these employees are working without pay, though in past shutdowns, all impacted workers have received back pay. This is not a guarantee, however.

Prudential regulators, including the OCC, FDIC and Fed, have an independent funding stream, separate from the continuing resolution being debated by Congress, and the CFPB receives its funding directly from the Fed. Business at these agencies will continue.

Of greatest impact to the banking industry:

Additional impacts to the banking industry are discussed below:

Congressional Update: Speaker Nancy Pelosi (D-CA) said the House will pass a funding bill to reopen the government for the remainder of the fiscal year and a separate bill for the Department of Homeland Security through March to allow more time for negotiations on immigrations. The standalone Homeland legislation will not include funding for President Donald Trump’s border wall. The White House has said this approach would be a non-starter and the Senate Majority Leader Mitch McConnell (R-KY) stated the Senate will not vote on any legislation the President will not sign.

Student Loan Debt in 2018: If it were a bank, the Federal Government would be the FIFTH largest due to federal student loans - now at $1.4 Trillion. According to Hart Research’s 2018 client polls, 65 percent of college students worry about the cost of college and student loan debt very or somewhat often. It's time to right-size federal student lending to safeguard borrowers and taxpayers alike.

Banks issuing private student loans conduct responsible underwriting and provide plain-language disclosure forms before the loan is made. CBA supports a Know-Before-You-Owe disclosure for federal student loan borrowers to empower them with the information necessary to make sound financial decisions and prevent over-borrowing. Federal loans account for about 92 percent of all outstanding student loan debt and federal student loan debt has more than doubled since 2009 (increasing 66 percent since 2011, the year the CFPB opened its doors).

CBA’s Education Funding Committee – comprised of every national bank in the student lending space making about two-thirds of all private education loans – serves as the primary industry voice for for-profit student loan lenders. CBA believes there is a role for the federal government in the student lending market, but there are critical differences between private loans – which have a more than 95 percent repayment rate – and the double-digit default and delinquency rate of federal loans, which are often serviced by private non-bank companies.

Colleen Canny to Lead Santander Retail: With almost 30 years of experience at JPMorgan Chase, Colleen Canny is set to lead Santander Bank’s $74.2 billion-asset retail network. Canny will oversee more than 600 branches and 4,100 employees across the eight-state territory. Prior to her appointment at Santander, Canny was managing director and regional director of consumer banking and wealth management in Illinois and Wisconsin. Congratulations, Colleen!

People Still Use Banks & Cash: A really fascinating, interesting and disappointing article all in one. The modern consumer’s appetite for digital services across all platforms has never been greater. New technologies entering the mainstream in financial services have the potential to level the playing field for banks competing with larger institutions, but banks and cash remain on top. According to a Fed report in November, “Cash continues to be the most frequently used payment instrument, representing 30 percent of all transactions and 55 percent of transactions under $10.” More here.

CBA State of the Week: Our State of the Week is CALIFORNIA, where more than half of all Californians banks with a CBA member! CBA members in California hold $1768 Billion in total assets, employ 252,000 people, provide $35.1 Billion in small business loans and serve 21.4 Million customers. California is also home to CBA member-banks: CIT, Bank of the West, MUFG Union Bank, Rabobank N.A. & Wells Fargo. Check out our state by state numbers here.