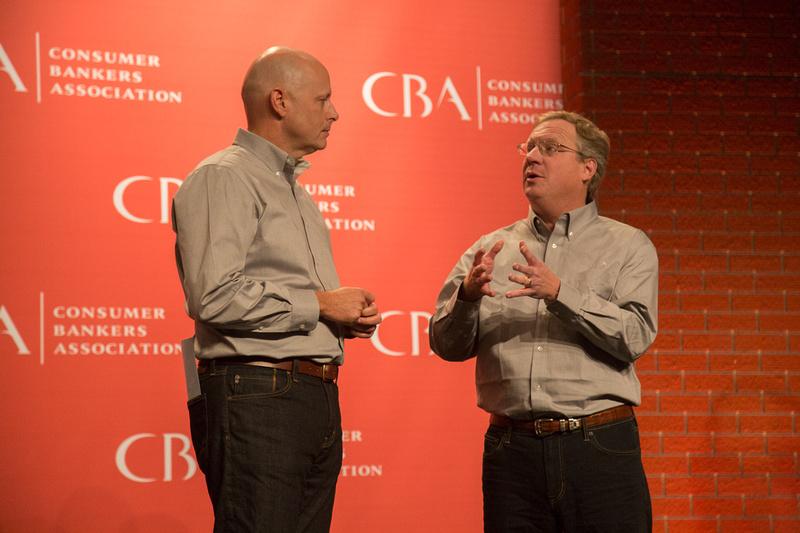 We had an incredible time in Phoenix for CBA LIVE 2016, marking the seventh straight year of record attendance.  On Sunday, our Board, Committee and Council members discussed key issues at in-person meetings, and we capped off the night with the Chairman’s Reception where we honored Chase’s Bill Jensen and CBA’s own Steve Zeisel for their longtime service and commitment to CBA.  We also hosted our annual golf tournament on Sunday, which brought more than 60 golfers to the course for a little competitive fun, courtesy of Dealertrack and Kelley Blue Book.

The doors to our sold-out exhibit hall opened Monday, where we welcomed more than 70 vendors from all areas of financial services.  We kicked off our opening general session with a clear message from CBA to policymakers:  this is 2016 – not 2008.  The retail banking industry has moved forward and others should, too.  General Stan McChrystal shared his battlefield-tested take on leadership and silo busting, and we began our 90 hours of forum programming.

On Tuesday, we welcomed Cook Political Report's Amy Walter, who entertained the crowd with her take on the presidential election and what’s to come for the candidates on the road to the White House.  Citi's Heather Cox then brought digital dazzle to the audience, sharing information about how her remarkable Citi FinTech team is changing the face of banking technology.  Visa's Ryan McInerney challenged us to consider how you can remain top of wallet when there is no longer a wallet.

Wednesday brought a close to our forum programming, followed by our wrap up of the general session where CBA's President and CEO Richard Hunt shared a personal take on payday lenders in his hometown of Jennings, LA.  CFPB Director Richard Cordray closed out the morning with his thoughts on key regulatory issues, including the upcoming rules on short-term liquidity, overdraft and debt collection.

Thank you to our sponsors who helped make CBA LIVE 2016 a huge success.

It was a huge year for CBA LIVE.  But you know what they say… everything is bigger in Texas.  Mark your calendars and plan to join us for CBA LIVE 2017, April 3-5 at the Gaylord Texan in Dallas. 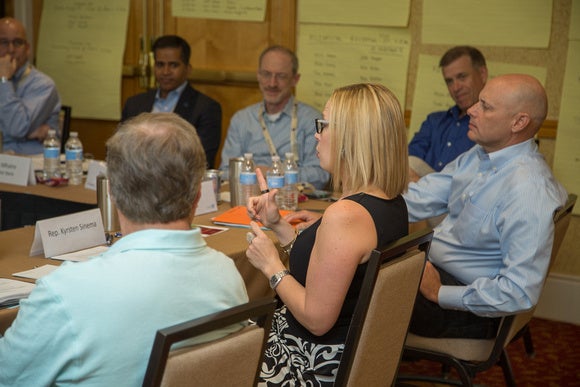 Congresswoman Kyrsten Sinema (center) talked with CBA's Board of Directors as their meeting on Sunday, March 6, 2016. 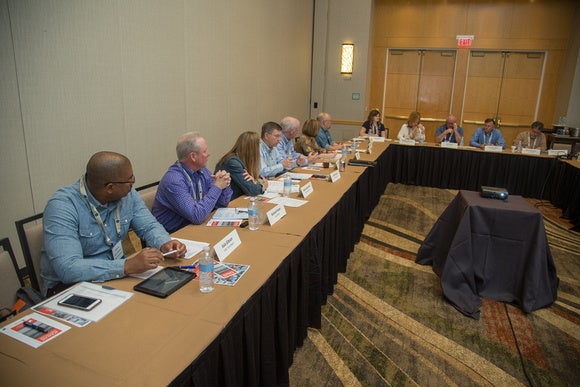 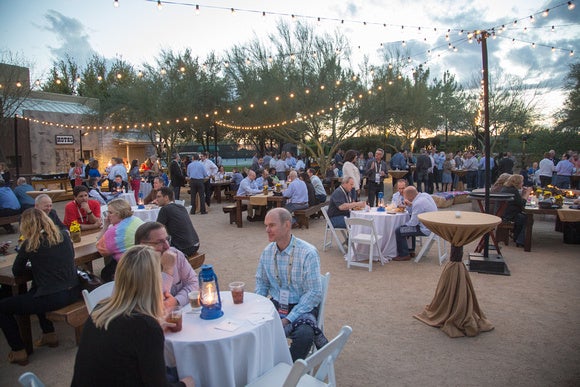 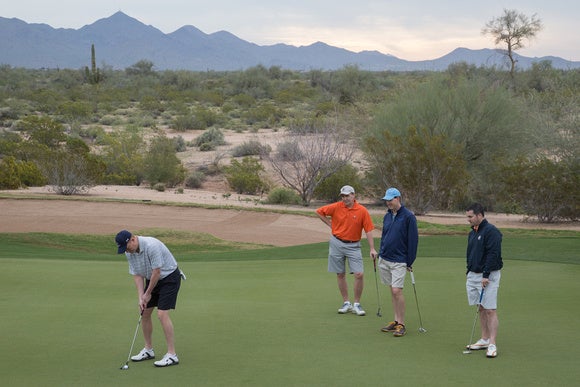 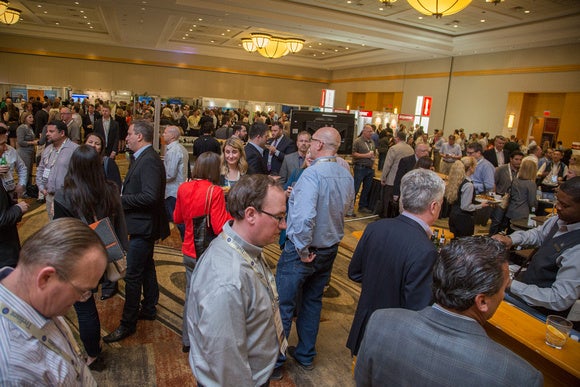 On Monday, our sold-out exhibit hall opened to a packed crowd ready to connect with solutions providers from across the country. 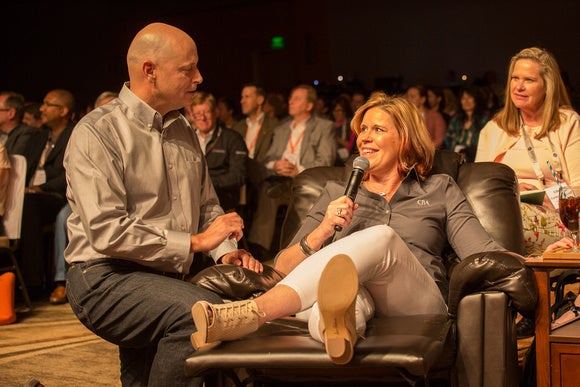 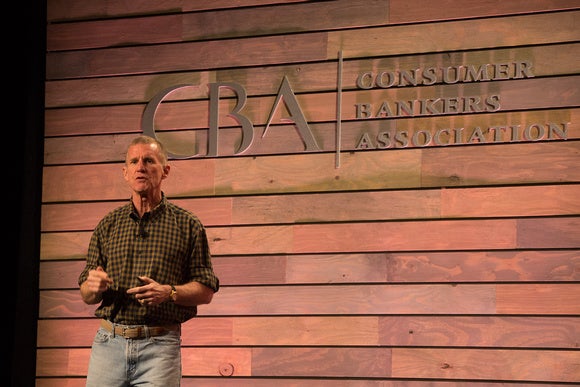 Gen. Stan McChrystal (left) told us the banking industry is playing on a different kind of field and must adapt. 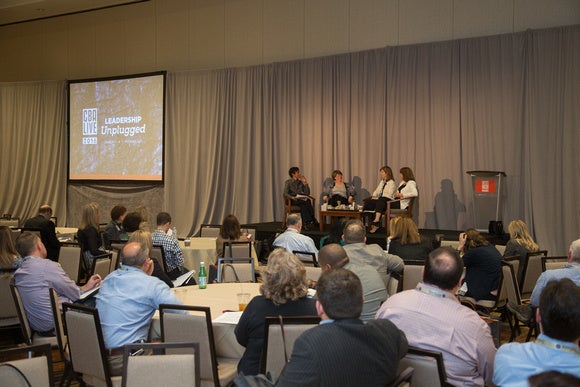 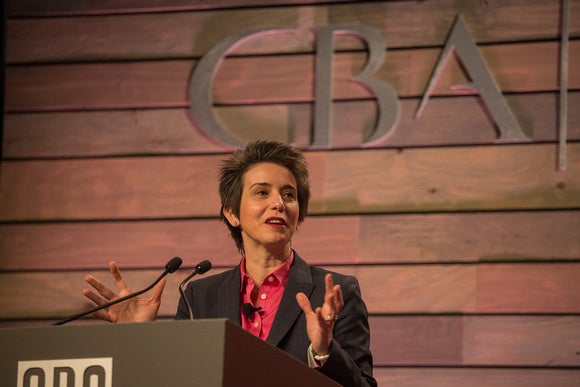 The Cook Political Report's Amy Walter entertained the crowd on Tuesday with her take on the presidential election and what’s to come for the candidates on the road to the White House. 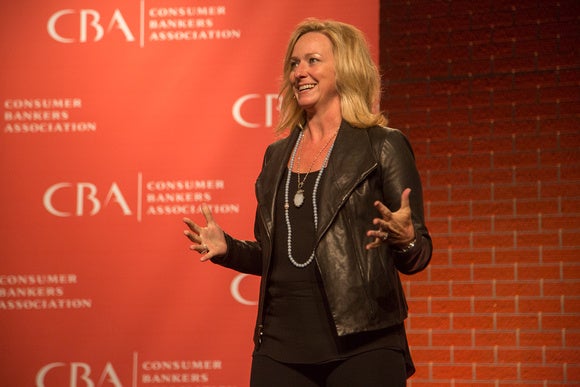 Digital Banker of the Year and Citi FinTech CEO Heather Cox shared her team's ground-breaking smart phone-centric concepts that are changing the face of banking technology. 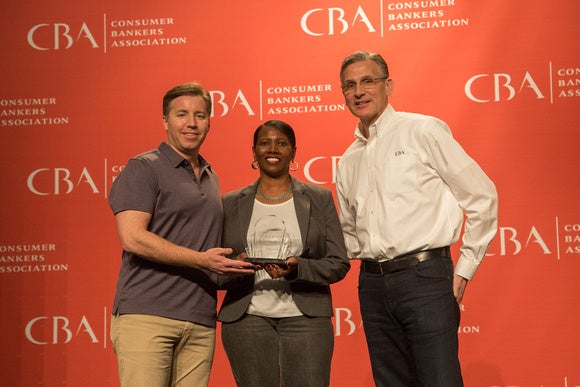 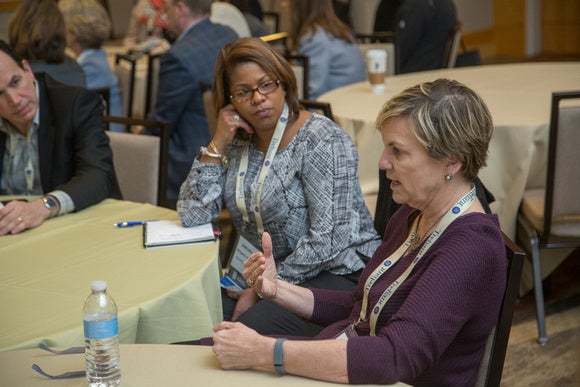 During the Community Reinvestment Forum's Regulator Roundtables, attendees engage with representatives from the FDIC, Federal Reserve and OCC on all things CRA. 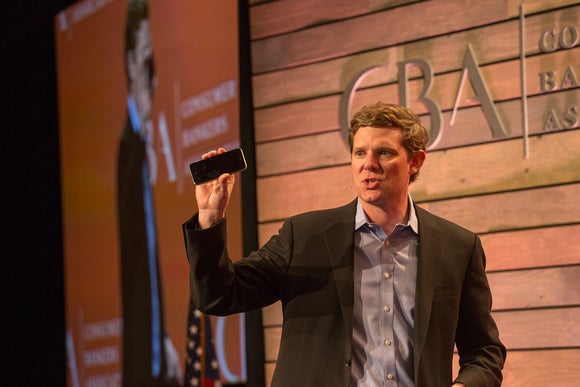 Visa President Ryan McInerney talked about remaining top of wallet in a world where consumers use their smart phones to pay for groceries. 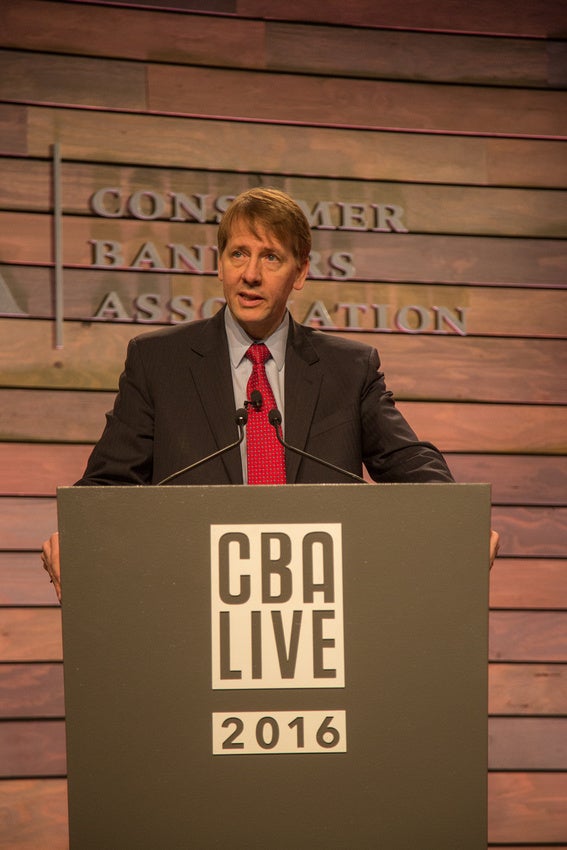 Great great CFPB sessions this year. Weird to be physically tired but so intellectually energized! #CBALIVE

#CBALIVE moves the industry forward as we serve the country! We always put our communities first!

@Visa President Ryan McInerney: the building blocks of banking products in the future are APIs, not APRs. #CBALIVE

Old rules no longer apply to #bank structure, agility and #adaptability is the name of the game. https://t.co/VBRMqpevBS #CBALIVE