Three Weeks to CBA LIVE: Get Your Boots and Jeans Ready!

With record-breaking banker attendance, a sold-out exhibit hall and over 1,300 attendees, CBA LIVE: Where [ it ] Begins is 2017's biggest retail banking event of the year. Be sure to join us in Dallas, April 3-5, at the Gaylord Texan to catch entrepreneur, Heisman Trophy winner and former Dallas Cowboys Quarterback Roger Staubach, Saleforce Einstein’s VP of Marketing Jim Sinai, and U.S. Bank’s Chairman and CEO Richard Davis on the big stage during our general sessions. Remember, we’re sporting western wear throughout so come prepared with your boots and jeans. 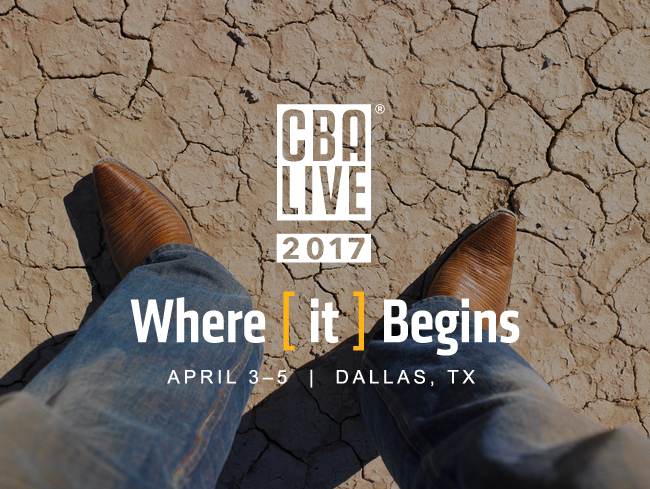 Is the Department of Education a Predator or Fiduciary on Student Lending?

For more on the topic, you my read my op-ed in Morning Consult here.

OCC Must Proceed with Caution on Fintech Charters

With the OCC moving forward with its creation of a Fintech charter, I’m concerned the agency is acting too quickly. I agree with House Financial Service Committee Chairman Jeb Hensarling, if the OCC grants limited-purpose charters to Fintech in haste proper oversight may be overlooked. As I noted in my op-ed published in The Hill, it is in the OCC’s best interest to follow the carpenter’s rule — measure twice, cut once. The OCC’s Office of Innovation must ensure they possess the knowledge and expertise necessary before incorporating Fintech companies into the federal banking system.

Every sector of the economy is undergoing a digital transformation, and banking is no different. This is why CBA sent a letter to Congress in support of the MOBILE Act. This bill would allow consumers to open bank accounts without having to visit a branch, streamlining the process for millions of Americans regardless of where they live in America. We thank Representatives Scott Tipton (R-CO), Randy Hultgren (R-IL), Patrick McHenry (R-NC), David Scott (D-GA), Terri Sewell (D-AL), and Kyrsten Sinema (D-AZ) for introducing this legislation.

Congratulations to Regions Bank for being recognized as the highest-ranked bank and the fourth-highest rated company across all industries for customer experience in the latest Temkin Group survey. CBA Board Member John Owen of Regions noted the bank’s success is due to their commitment to superior service, and their focus on providing their customers with convenience and value. Well done, Regions!

Could a TCPA Petition Cause Companies to Break Laws?

In a joint letter to the FCC, CBA and other trade groups highlighted the negative impacts the Petition for Rulemaking and Declaratory Ruling would have on businesses and consumers if granted. As written, the petition submitted to the FCC may cause many companies across various industries to choose between violating the TCPA or established laws which mandate companies contact their customers. Overall the petition is tone deaf, and it fails to acknowledge the fact companies call their customers to provide valuable information they want. To avoid these disastrous consequences, we requested the FCC deny the petition.

CFPB’s Past, Present, and Future: A Look at Developing Issues

With Dodd-Frank reform on the horizon, the CFPB has been a hot topic in Washington, D.C. With more than 1,600 employees, a budget of nearly $680 million, and jurisdiction over an array of financial products, the Bureau’s power is immense and far-reaching. To stay in tune with the developing debate, this Q&A by Bloomberg’s Elizabeth Dexheimer and Laurence Arnold is well worth reading.

Three Things to Know To Be in The Know

CBA's Education Team was in Pittsburgh this week teaching our fundamentals curriculum to PNC employees.