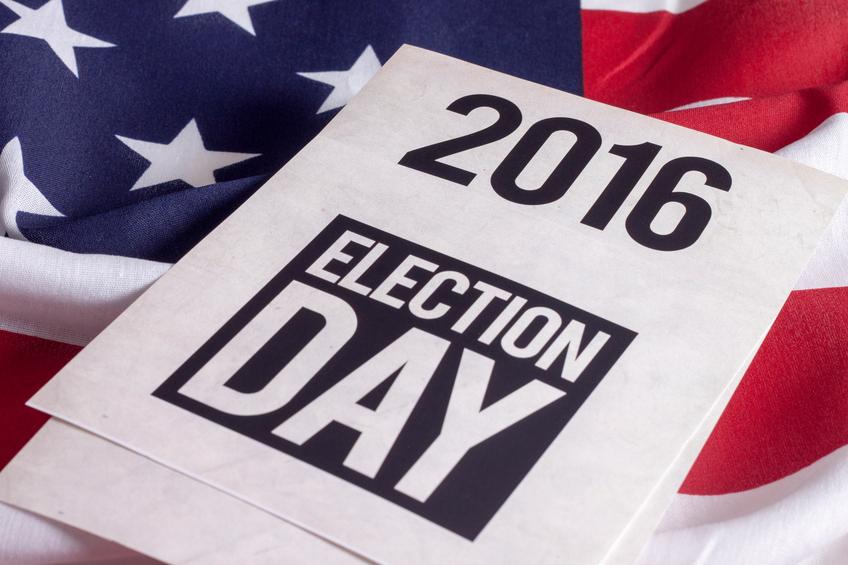 Election 2016: What It Means For Retail Banking

With the election just days away, we’ll need to start getting used to saying President Trump or President Clinton. Be sure to join Team CBA on Wednesday, November 9, 2016 at 3:30 p.m. Eastern for a 60-minute members-only webinar to get an inside look at the 2016 election and its impact on retail banks. Will there be key leadership changes in the House or Senate?  Is a CFPB Commission on the horizon? Team CBA will give an exclusive overview of what will change in Washington and how banks should prepare.

You may register for this free members-only webinar here.

Election Day tip: If Clinton wins Florida, the race is over and you can go to bed; if Trump wins Florida, you may be up a little bit longer.

For polling information, check out RealClearPolitics. 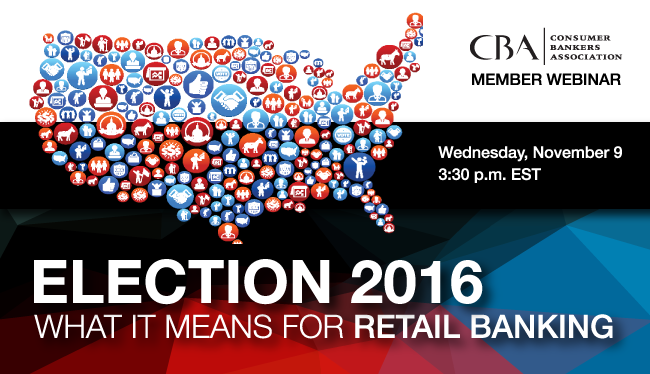 This week, CBA sent a letter in support of the Mobile Act, which promotes financial inclusion and consumer access to safe and well-regulated financial services and products. We applaud Representatives Tipton, Hultgren and Sewell for introducing bipartisan legislation to give consumers the ability to open a new bank account online or through a mobile device. In an increasingly digital world, banking must be able to adapt and meet the ever-growing needs and expectations of consumers as they seek to monitor and manage their funds. The MOBILE Act could especially help consumers who are unbanked or underbanked. We look forward to seeing the MOBILE Act gain traction in Congress.

You may learn more about the bill here.

Speaking on the Fox Business Network, Home Depot Co-Founder Bernie Marcus expressed his belief Elizabeth Warren will have a considerable amount of influence within the next presidential administration should Hillary Clinton emerge victorious on Election Day. Marcus remarked Sen. Warren is “really going to be the pseudo-president if Hillary's elected.” This would prove troublesome for job growth in the U.S., according to the Home Depot Co-Founder.

Recently, Sen. Warren, along with at least 21 other politicians, has come under fire for accepting donations from employees of Thornton Law Firm. The Campaign Legal Center, who filed a formal complaint against the law firm, alleges the firm’s employees have acted as “straw donors,” which would be in violation of Federal Election Commission Rules. Originally, Sen. Warren announced she would wait until the results of an investigation were published, but later agreed to return the contributions in question.

On Wednesday, at the Federal Reserve’s policy meeting, the central bank announced interest rates will remain unchanged. While noting the case for a rate raise has continued to strengthen, the central bank elected to wait for “further evidence of continued progress” before it raises rates. Since last December, when the central bank raised rates for the first time in nearly a decade, the Fed has held rates steady. All signs point to December for a potential increase.

The CBA Team is rip-roaring and ready for our Mid-Tier Retail Executive Forum to kick off in Washington, D.C. next week. We’ve got a packed agenda and a ton to cover. We can’t wait to see our members and take a deep dive into banking!

Everyone make way for our newest corporate member, FlagStar Bank of Michigan! We couldn’t be more excited to welcome them to the CBA family, and we’re looking forward to their active participation on our committees.

Banks No Longer Make the Bulk of U.S. Mortgages

What am I watching this weekend? Hopefully the LSU Tigers defeating the Alabama Crimson Tide. Geaux Tigers!