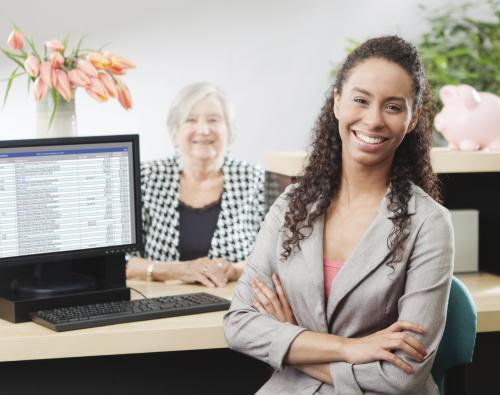 House Kills Fed Dividend Cut in Highway Bill
This week, with newly elected Speaker Paul Ryan at the helm, the U.S. House of Representatives passed a six-year transportation funding bill. In July, the Senate passed its version of this bill, but with one key difference: a controversial funding measure which would reduce the dividend banks receive from the Federal Reserve (from 6 percent to 1.5 percent), resulting in a $17 billion tax on banks. Thanks to an amendment written by Reps. Randy Neugebauer (R-TX) and Bill Huizenga (R-MI), the House stripped the bank tax from the legislation. CBA, along with 26 other trades, supported the Neugebauer-Huizenga Amendment. As the bill moves to conference between the two chambers, we hope the bank tax—unlike the Ex-Im Bank—will not be resurrected.

CBA Advocates TCPA Fixes on American Bar Association Webinar
Kate Larson, CBA's Regulatory Counsel, on Wednesday, advocated on behalf of our member banks on a Telephone Consumer Protection Act (TCPA) webinar hosted by the American Bar Association's Consumer Financial Services Committee. Kate spoke on a panel with representatives from both sides of the courtroom—defense and plaintiffs TCPA litigators—stressing the need to update TCPA, illustrating the impracticability of compliance, conveying the crushing impact on industries, the potential chilling of communications to consumers, and detailing next steps in CBA's legal challenge of the FCC's TCPA order.

Visiting Our Members – Comerica, EverBank, and Black Knight Financial Services
Comerica: Our team spent time with CBA Board Member Mike Aust, Executive Vice President, Executive Director, Comerica Bank, and his team earlier this week. It was a great opportunity to discuss the legislation currently on the Hill, CRA, HMDA, and life after implementation of TRID. Thank you to Melinda Chausse, Head of Small Business Banking; Robert Dye, Chief Economist; Rhonda Davenport, Director of National Retail Banking; Dan Donohoe, Government Relations; Mike Malone, President of Comerica Securities; Wendy Bridges, Director of Corporate Communications; and Wayne Mielke, Corporate Communications, for their time and input, and to Mike for bringing us all together.

EverBank: This week, I also had the opportunity to stop by EverBank's headquarters in Jacksonville, FL. There I had the privilege of meeting with John Pataky, Executive Vice President, Banking Group; CBA Executive Banking School graduate Shannon Coles, Vice President for Capital Markets; Joshua Winstead, Vice President, Digital Channel; and John Elton, Vice President, IT - Retail Banking & Marketing. Topics of discussion included the latest trends in retail banking, M&A activity, and upcoming CFPB rulemaking. It was great seeing you all!

Black Knight Financial Services: I had the pleasure of meeting with Tom Sanzone, CEO of Black Knight Financial Services, and several members of his leadership team at BKFS headquarters in Jacksonville, FL this week. After discussing the latest challenges and opportunities from a regulatory and legislative standpoint, we did a deep dive into recent retail banking trends and learned about Black Knight's work with our members. Many thanks to Tom, Chad Powers, Shelley Leonard, Victor Soler-Sala and Sandra Madigan for inviting me!

CBA President and CEO Richard Hunt meets with members of the Comerica Team in Dallas.
November 2, 2015

Audit Governance Working Group Holds First Meeting
On Monday and Tuesday, CBA hosted an exclusive roundtable discussion for chief retail banking auditors. The auditors gathered to discuss the challenges and opportunities they are facing from regulatory expectations, talent retention, and cybersecurity to model validation and data analytics. The working group heard from A. Michael Smith and Randy Melby of PwC on the impact and implications of technology, privacy and cybersecurity on the financial industry. Additionally, they heard from Alice Hrdy, Principal Deputy in the Office of Supervision Policy, CFPB, who provided insight on the Office's coordination with internal audit, consideration of complaints, market-based evaluation, priorities, Supervisory Highlights, and treatment of self-reporting. Thank you to everyone for their participation and engaging conversation, especially Dan VanSciver for his leadership and dedication to developing this group, and to our sponsor PwC.

Next Up: Mid-Tiers and Deposits
The CBA Mid-Tier Executive Group will be in D.C. next week to discuss common issues and will meet with the CFPB. Also next week, the CBA Deposits and Payments Committee will be in NOLA for their third in-person meeting for 2015. The group's agenda includes overdraft services, checking qualification, fraud and small dollar lending among other issues.

Three Things to Know to Be In the Know
Arbitration Everywhere, Stacking the Deck of Justice
FBI Takes a Bullet in Banks' $50 Billion Fee War With Retailers
CFPB Changes Policy on Appeals Process

Congratulations to John Ciulla on being named President of Webster Bank. John previously served as head of commercial banking at Webster Financial.

Bank of the West has reached a $17 million marketing deal with the University of California, Berkeley.