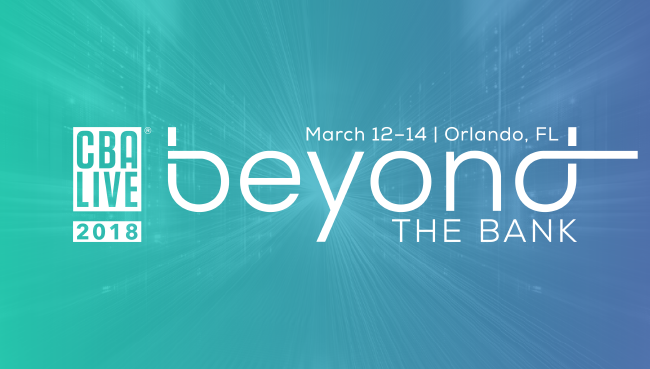 Tax reform continues to occupy a ton a bandwidth in Washington. The Senate is expected to drop its bill this afternoon and the House version is expected to pass out of the Ways and Means Committee. Following Committee passage, the House bill is expected to proceed to the floor for a vote next week. Should both the House and Senate pass versions of tax reform, both chambers would head to conference to iron out the differences in the bills. While we are still early in the process, what I can tell you is the Administration and Congress’ commitment to pro-growth tax reform, particularly with a focus on the corporate side of the equation, is a positive step forward for small-businesses, consumers and the banking industry alike. However, calls for eliminating the deduction for FDIC’s Deposit Insurance premiums, among other deductions, remain concerning. We are committed to studying the impact these changes may have on the retail banking industry and the millions of small businesses and consumers who rely on CBA members.

We will continue to monitor and keep you informed as more details become clear. Stay tuned for a member alert later today.

With President Trump’s selection of Jerome Powell as Federal Reserve Chair in the rearview mirror, two more influential positions just opened up.  William Dudley of the New York Fed announced he will retire by mid-2018 and Office of Financial Research Director Richard Berner made public his intention to step down from his post by the end of 2017. It goes without saying, new leadership among the regulators and various D.C. agencies is coming. Additionally, we still await Senate confirmation of a permanent OCC Comptroller, as well as upcoming appointments at the FDIC and CFPB.

If Newly Installed Fed Vice Chair of Supervision Had His Way…

The Federal Reserve’s approach to regulation and supervision should be revamped, according to Fed Vice Chair of Supervision Randal Quarles. The Fed’s newest member is looking to ensure the Fed operates with transparency and simplicity. Speaking about his new role, Quarles said, “Particularly in the early stages and perhaps throughout my entire term, engaging on changing the tenor of supervision will probably actually be the biggest part of what it is that I do.” This is a welcome development and CBA will be there to discuss the impact regulations are having on our members’ ability to serve consumers.

Senior leaders from all corners of the banking industry join us each year at CBA LIVE to tackle the industry’s most pressing issues, stay informed and network with peers. This year we are excited to return to the Hilton Bonnet Creek in Orlando, March 12-14, for CBA LIVE 2018: Beyond the Bank. Be sure to register by our January 5, 2018, deadline to take advantage of our early bird rates. Bring your colleagues to help your bank get the most out of retail banking’s premier event — and save with our group rate. 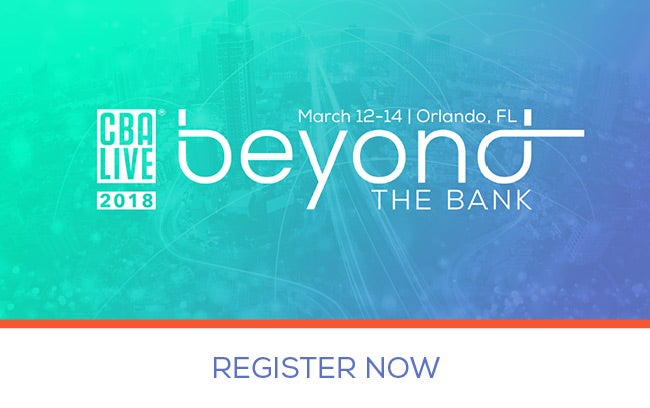 Talk about a quick turnaround from the CFPB. The Bureau appointed Kristen Donoghue as its new enforcement chief just a few weeks after her predecessor departed. Now, this is an important position and it deserves to be filled in a timely manner. But it begs the question: Why has the CFPB not named a permanent Deputy Director in over two years? One would imagine there is a long list of qualified candidates interested in the job and it further complicates the transition once Richard Cordray is no longer the Director of the CFPB. This is just another reason why we need a senate-confirmed, bipartisan commission established at the CFPB.

CBA is proud to welcome three distinguished Tem Wooldridge Recipients to our Education Faculty: Cynthia Frederick of Citi, Tom Dent of PNC and Tony Warden of TDECU. The Tem Wooldridge Award recognizes CBA Executive Banking School’s top student each year for their performance, integrity and a strong work ethic. Additionally, recipients must possess the necessary character and leadership skills to bring out the best in their teammates. This is a great opportunity to have three of our school’s best students onboard to help educate the next generation of bankers.

Follow me on Instagram@Cajunbanker_CBA  for a behind the scenes look at CBA’s daily operations, my travels and our annual conference CBA LIVE. I am also on Twitter, follow me @CajunBanker. 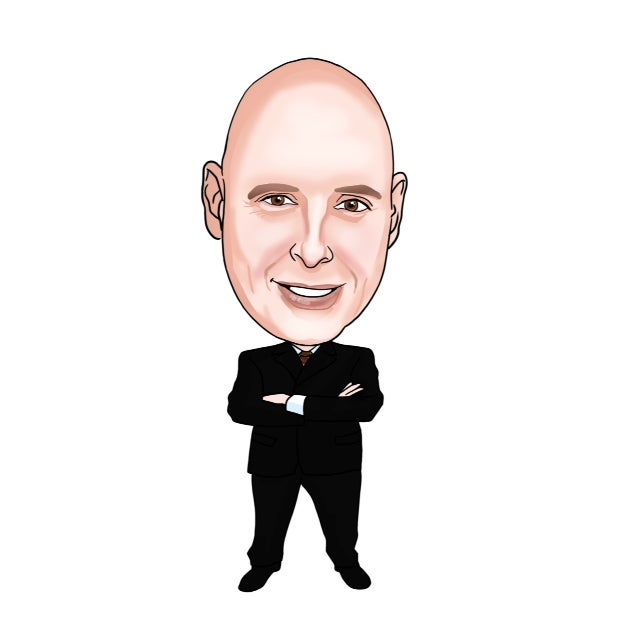 Can You Keep Your Meeting to Five Minutes?

Separating banking and commerce is 'another win for the big guys,' OCC's Noreika says

Andreas Bubenzer-Paim was named head of technology for Bank of the West’s commercial banking group.

Muneera Carr was named CFO of Comerica. She will succeed David Duprey who is retiring.