During a markup session this week, the House Financial Services Committee moved a host of regulatory reforms, including Congressman Blaine Luetkemeyer’s SIFI designation bill. As CBA noted in its letter to the committee, designating risk strictly based on the size of a financial institution does not make sense and it harms consumers. Allowing regulators to take a big-picture view of risk by looking at a financial institution’s business model instead of a simple asset threshold is more telling and can reduce unnecessary compliance burdens that limit credit availability to consumers.

As calls for a broader regulatory relief bill ramp up, we encourage Congress to include this measure in any final legislative package.

Rep. Patrick McHenry (R-NC) introduced a bill requiring the three-major credit bureaus to complete regular federal cybersecurity reviews and work to phase out by 2020 using Social Security Numbers to identify consumers. Banks have implemented strong cyber protections for consumers, and universal cybersecurity standards across all industries have become increasingly necessary in recent years. We will continue to review Rep. McHenry’s bill and look forward to working with Congress on meaningful reform.

Additionally, the Senate Banking Committee will hold another hearing focusing on consumer data security next week. CBA will keep you posted should key information emerge from the Halls of Congress.

BMO Harris Bank’s CEO Chris Begy and members of his team hosted Rep. Mike Quigley (D-IL) and CBA’s Tiffany Haas, Vice President of Congressional Affairs, at the bank’s headquarters in Chicago this week. Congressman Quigley serves as the ranking member on the House Financial Services Appropriations Committee and my team tells me it was a productive meeting. The Congressman heard firsthand how banks are actively serving consumers as well as the regulatory hurdles bankers face on a daily basis. Please contact us if you would like us to assist in scheduling a Member of Congress to visit your bank.

As wildfires in Northern California disrupt the lives of countless Americans, CBA member banks are stepping up to provide aid and support to those in need. According to CBA Board Member Ryan Bailey of Bank of the West, his bank is “ready to mobilize support in the form of volunteers, food and other assistance as needed.” Other banks in the community are ensuring their ATMs are fully stocked, making donations to local charities and making sure their employees in the region are out of harm’s way.

Our Education Funding Committee members joined members of Team CBA in D.C. this week as we made our way over to the Office of Management and Budget. The agency is weighing a proposal which would institute a private student loan servicing data collection program. However, this data already is collected and made public by Measure One and an additional collection by the OMB would be duplicative and unnecessary. We look forward to having more productive meetings with the agency, and we thank our committee members for joining us.

In an op-ed today, Acting OCC Comptroller Keith Noreika called on the Senate to overturn the CFPB’s arbitration rule. Noreika noted the Bureau “failed to disclose the costs to consumers that will likely result from the rule’s implementation.” The fact is arbitration provides faster, more cost-effective and higher recovery rates than class action lawsuits - and the CFPB’s own study proved these points. We encourage the Senate to act and overturn the rule in the weeks ahead.

Membership Spotlight: From Tennessee to Arkansas to Mississippi

I am looking forward to making my way down south next week to visit with a few CBA family members. First, I’m on my way to Tennessee visiting with First Tennessee CEO Bryan Jordan and his team. Next up, I’ll shoot across town to visit with CBA Auto Committee Member Kevin Trainor of Independent Bank before heading to Arkansas to meet with Bank of the Ozarks’ CEO George Gleason and members of his team. I look forward to catching up with everyone, including many CBA Committee Members.

On Friday, I travel to the University of Mississippi to speak at their Annual Banking and Finance Symposium and hopefully watching LSU win over Ole Miss. Yes, I will be making a few BBQ and Sonic visits while in town.

Bank earnings reports for Q3 are beginning to pour in:

We can’t wait to share in the good news from the rest of our member banks this quarter.

John Flint was named CEO of HSBC. Since 1989, John served as head of the bank’s retail banking and wealth management divisions. 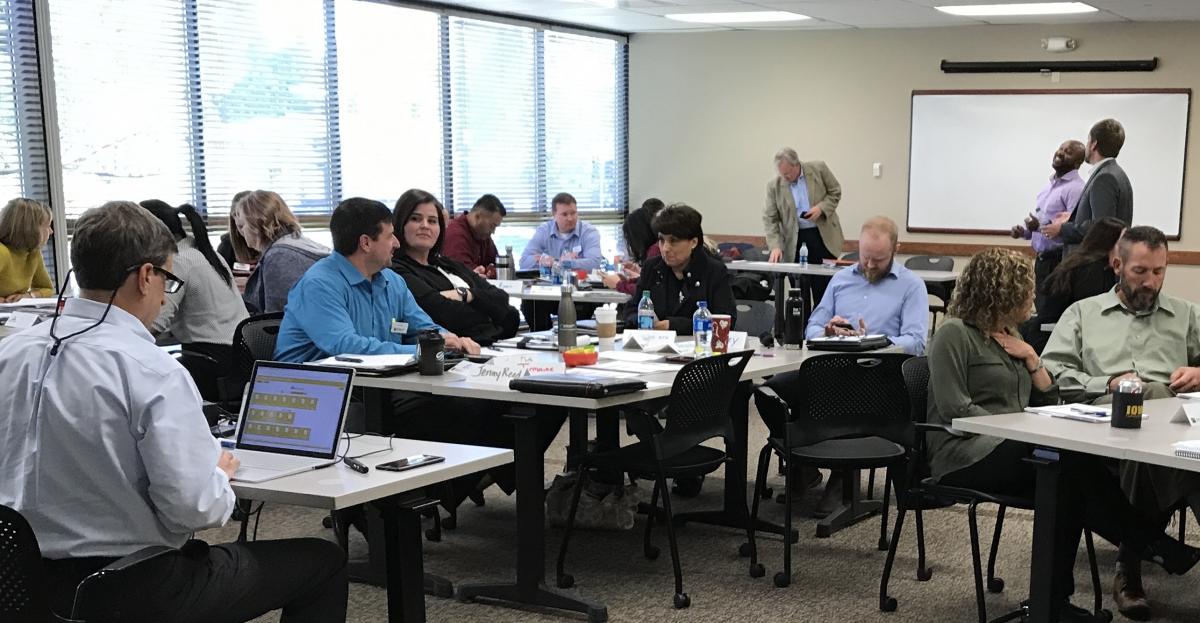 CBA's OnSite Education Team made a stop in Denver, Colorado this week to teach our MarketSim curriculum to Bank of the West bankers.