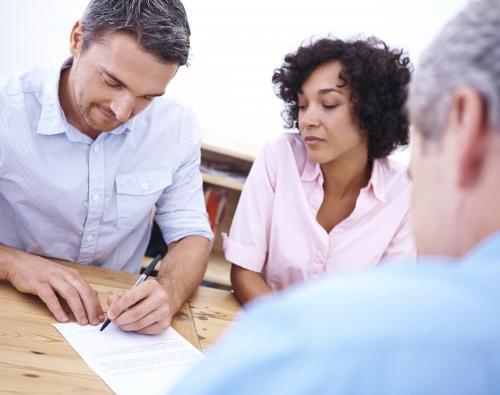 Bipartisan Support Lifts CFPB Commission Bill Out of House Financial Services Committee
I am happy to share the House Financial Services Committee passed the Financial Product Safety Commission Act of 2015 (H.R. 1266), a chief CBA priority, which establishes a bipartisan, five-member commission at the CFPB. For the first time, thanks in part to outstanding trade coordination efforts, the legislation passed on a bipartisan basis with support from Democratic cosponsors Reps. Kyrsten Sinema (D-AZ) and David Scott (D-GA). The tone of the discussion during debate was much more collegial and productive than on bills considered on this topic in years past. Moreover, passage came despite the White House's full-court press against the bill, including calls to moderate Democrats from Sen. Elizabeth Warren and former Chairman Barney Frank, as they still work to protect every word of Dodd-Frank. Next up, the bill will likely be voted on by the full House later this year. CBA will continue to hit the pavement and conduct outreach to build bipartisan support as we work toward final passage.

TRID Deadline Approaches
As we approach the October 3, 2015 deadline for TILA-RESPA Integrated Disclosure (TRID) implementation, CBA continues to advocate for a "hold-harmless period." CFPB Director Cordray has acknowledged the challenges faced by the industry to implement the rule and promised to be "sensitive" in early compliance exams, and on October 1, 2015 he reiterated this position in a letter to the joint trade heads. CBA has been encouraging the Bureau and other agencies to provide more formal guidance to examiners, and a bill is being considered in the House that would create a "hold-harmless period" until February 1, 2016. We will alert you as soon as more is known.

Message to the Dept. of Education – Time to Look in the Mirror?
The CFPB, Department of Education and Department of Treasury issued two reports (Report 1 & Report 2) this week. The CFPB report takes a deep dive into the problems with student loan servicing. Despite possible private financial institutions' flaws, I think it is time the Department of Education looks in the mirror rather than pointing the finger at servicers. The simple truth is the government management (or should I say mismanagement) of the program is the real issue here, as the federal student loan program is designed to fail. When you have a government monopoly (93 percent of the market) devoid of competition and choice, with near zero market discipline, you can expect to have servicing problems.

And as a final note, if the Department of Education had been a bank, I wonder if the CFPB would have fined them for failing to oversee their vendors.

Brookings Scholar Resigns After Warren Attacks
Earlier this week, Sen. Elizabeth Warren took aim at Robert Litan, an economist and attorney who served as President Clinton's associate director of the White House budget office, and, until this week, worked as an unpaid, nonresident senior fellow at the Brookings Institute. His mistake was co-authoring a July report concluding the Department of Labor's fiduciary rules' costs to consumers would outweigh its benefits. Sen. Warren, a supporter of Labor's rule, launched an all-out character assassination on Mr. Litan and won. He resigned his position on Tuesday night. With Mr. Litan out of the way, I wonder who is next up on Senator Warren's radar.

CBA Committees Come to Washington
It was great to have so many CBA committee members in our nation's capital this week. Our Home Equity Lending, Auto Finance, and Digital Channels Committees all held in-person meetings this week at CBA headquarters. Committee members discussed industry trends and kicked off planning for CBA LIVE 2016. Thank you to our sponsors Equifax, Fiserv, Hudson Cook and Novantas for supporting this week's committee activites. 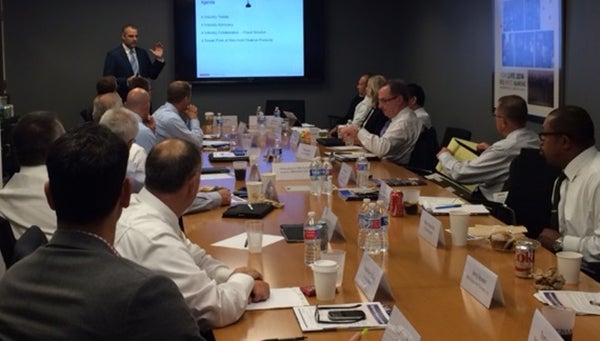 Weekend Reading: CBA Helps Shape the Message in Washington
Did you miss our three op-eds on a CFPB Commission, EMV liability shift, and the fourth anniversary of the Durbin amendment? Be sure to check them out this weekend.

Lagniappe
Siobhan Schroth has been hired by Santander Bank as Market Director for Corporate and Commercial Banking in New York and New Jersey.