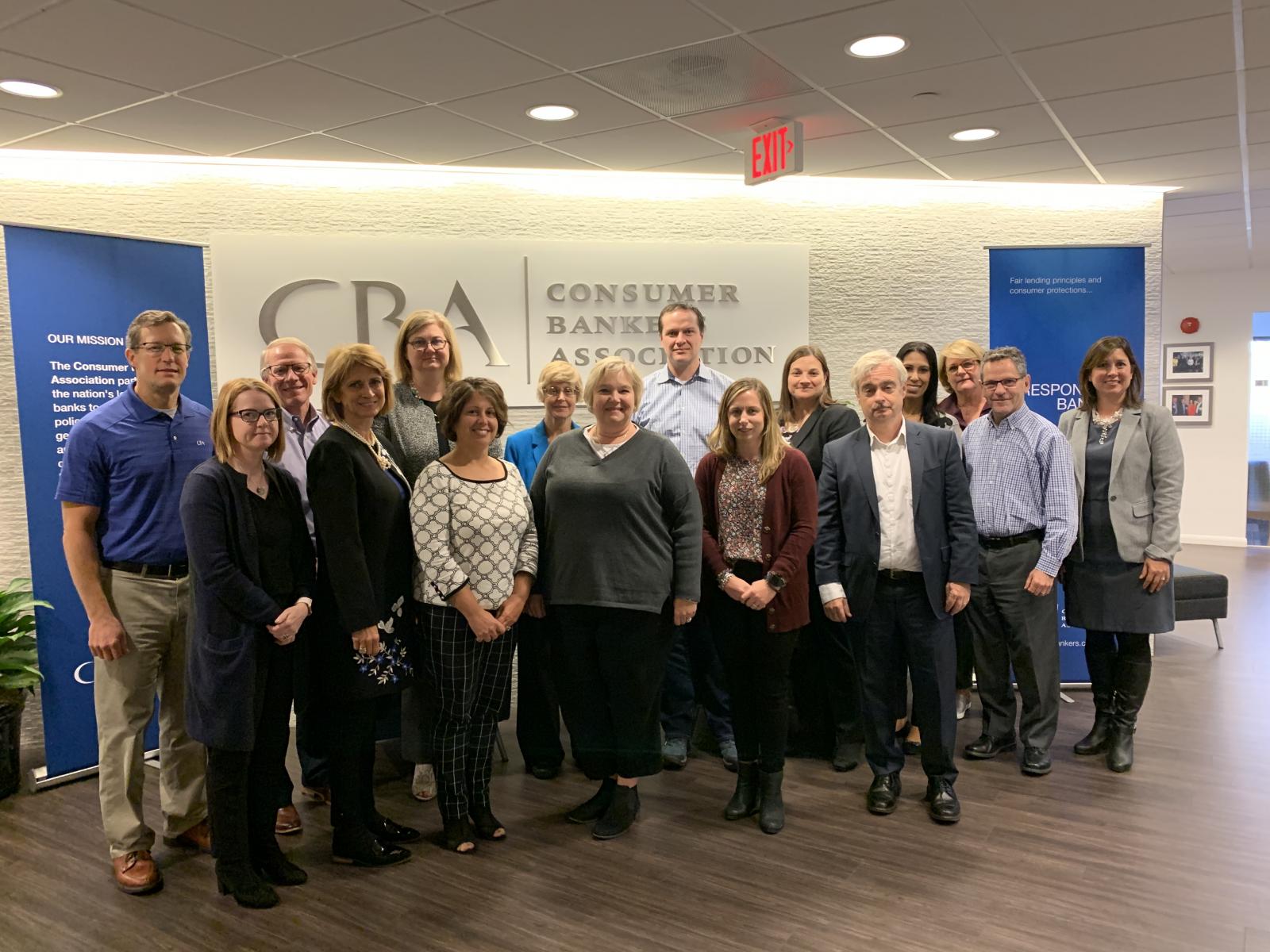 Cajun Thoughts: DO THE CITIGROUP SHUFFLE CEO Michael Corbat of Citi has tapped the bank's Latin America CEO Jane Fraser to fill the role of President, a position that has been open since Jamie Forese retired earlier this year. Fraser will also serve as CEO of Global Consumer Banking, succeeding Stephen Bird who is leaving Citi soon. CEO of Citibanamex Ernesto Torres Cantu will take over for Fraser as CEO of Latin America ... STRAIGHT TALK FROM A BUREAUCRAT (WHO KNEW?) Dr. Wayne Johnson, a senior student loan official at the Education Department, announced he is leaving and on his way out the door declared the current federal student loan system is “fundamentally broken … The time has come for us to end and stop the insanity.” I could not agree any more with Dr. Johnson on this point. Congress should cap federal loans to stop the virtually unlimited, predatory lending practices which currently exist for grad students and parents. When default rates on federal loans are at 20%, serious reforms are long overdue. Of course, Dr. Johnson is leaving to run for the Senate seat in Georgia and has picked up the debt forgiveness flag so popular with political candidates. Here’s the catch: forgiving existing debt does nothing to help reduce the cost of college, which has been fueled by the federal overlending I mentioned earlier ... HOUSE PASSES BENEFICIAL OWNERSHIP BILL A bill requiring companies to reveal beneficial owners passed the House floor Tuesday with the addition of amendments adding stronger privacy protections. The Corporate Transparency Act, supported by CBA, relieves banks of the obligation to report ownership information. We encourage swift passage of the bill in the Senate ... MY TOP CONCERN THIS WEEK Over the last week, three banks announced staff overhauls for reasons including cost reductions and increased digital investments. Interest rate cuts and decreased use of brick-and-mortar banks are not helping! ... A CLOSER LOOK: MCKINSEY REPORT Much media coverage of the nearly 60 page McKinsey Global Banking Annual Review overlooked some key points and the advantage large banks have. A closer look is available below highlighting the strength of the U.S./North American banking system ... WELCOME BACK TO THE CBA FAMILY Monday marked the first day on the job for banking veteran Charlie Scharf as Wells Fargo's CEO. His background in technology and retail banking makes him a great choice and we are very excited to continue our relationship with him ... FINTECHS REJECTED A federal court judge on Monday ruled only "depository institutions" can receive a national bank charter from the OCC, a case brought to light by the New York Department of Financial Services when they sued the OCC for lacking the legal authority to issue charters. Fintech firms should be regulated on a level playing field as banks. The OCC will be challenging this ruling ...SUPREME COURT TO SETTLE CFPB The Supreme Court will finally put the constitutionality of the CFPB's leadership structure to rest, but regardless of the outcome, a sole-director calling all the shots will never provide the long-term stability consumers deserve and the well-regulated financial sector needs. For that, Congress must create a bipartisan, Senate-confirmed commission to lead the Bureau, as the House of Representatives originally passed under Speaker Pelosi. A commission will ensure consumer protection laws are no longer a pendulum swinging with each new director ... FINANCE OFFICERS SEE RECESSION SIGNS According to new data from the National League of Cities, almost two in three finance officers in large cities predict a recession could occur as soon as 2020. Importantly, cities typically feel changing economic conditions sooner than at the national level, so the downward trends cities are seeing currently likely suggests a broader economic downturn has already begun at that level and is on the horizon for the nation ... AT CBA THIS WEEK The annual fall in-person meetings continued this week with the Internal Audit Committee and EBS Faculty in D.C. More information on their meetings below! ... MONEY 2020 I'm heading to Money 2020 next week where I will see many members of the CBA family, regulators and key stakeholders for our industry. Stay tuned for my takeaways next week!

Don't forget to cheer on the Washington Nationals tonight in honor of Steve Zeisel!

*CBA LIVE ditches the blah for ah-ha. It’s where to go for answers to even the most challenging questions and find clarity amid the clutter.

EBS Faculty: With an average of more than 20 years in banking, each of our faculty members brings "in-the- trenches" experience and context for what it takes to be a successful retail banker. What sets our faculty apart is their dedication and accessibility to students; they serve as mentors to students throughout the program - and beyond.

CBA Executive Banking School faculty members were in town this week for their annual fall meeting to debrief the previous year's session, review the curriculum and welcome new faculty members to the program.

CBA members work vigilantly and commit significant resources to ensuring criminals do not access the American financial system to launder ill-gotten gains. This legislation would strengthen those efforts by helping ensure criminal corporations are not formed in the first place.

The Corporate Transparency Act strikes an important balance between limiting unnecessary burdens on small businesses while still providing law enforcement officials the necessary information to do their jobs.

A copy of the joint trades letter is available here.

In addition to hearing the merits of the Seila case, the Supreme Court also directed interested parties filing amicus briefs, included the majority party of the U.S. House of Representatives, to answer, “If the Consumer Financial Protection Bureau is found unconstitutional on the basis of the separation of powers, can 12 U.S.C. §5491(c)(3) [the establishment of the CFPB] be severed from the Dodd-Frank Act?”

CBA earlier this month wrote the leaders of both parties in the House of Representatives regarding the possibility of the Supreme Court hearing the Seila Law case. The letter outlines the need for a bipartisan, Senate-confirmed commission instead of a sole director and encourages Congress to act, noting the Court’s decision could create further uncertainty at the Bureau. A copy of the letter is available here.

What explains the difference between the 40 percent of banks that create value and the 60 percent that destroy it? In short, geography, scale, differentiation, and business model.

During the meeting, CFPB staff discussed the Bureau’s progress through their rulemaking agenda, updates to their innovation policies, and concerns about consumer interactions with debt-settlement agencies. We remain hopeful more financial institutions will be added to the Consumer Advisory Board in the future to create a more dynamic and impactful discussion about issues facing consumers.

FDIC, Fed Seek Comments on CAMELS Ratings: Last Friday afternoon, the FDIC and Federal Reserve Board announced the agencies are inviting public comment on their use of the Uniform Financial Institutions Rating System, also known as the CAMELS rating system.

The agencies seek comments on the consistency of ratings assigned under the CAMELS system. The agencies are also interested in comments concerning how they use CAMELS ratings in enforcement actions and in reviewing bank applications.

At the CBA Leadership Summit in September, FDIC Chairman Jelena McWilliams explained she is interested in understanding whether there is uniformity in CAMELS ratings. The request for information is consistent with the Chairman’s “Trust Through Transparency” initiative and the agency’s ongoing efforts to examine the bank application process.

CBA applauds the FDIC and the FRB for working together to better understand this fundamental aspect of the banking system.

JPMorgan Chase to Include Ex-Criminal Convicts in Employee Pool: In addition to investing $7 million in commuity organizations to help people convicted of crimes, JPMorgan Chase has removed a box on its job applications that asks people about previous criminal convictions. About 10% of the bank's applicants hired last year had a criminal record and JPMorgan Chase officials said hiring standards have not been lowered in its effort to offer second chances.﻿

ZestFinance Rebrand to Zest AI: CBA Associate Member ZestFinance announced this week its new name and rebrand to Zest AI, marking the company's evolution over the past decade to a leader in AI for credit. While the mission to provide fair and transparent credit to everyone remains the same, the new brand identity marks the company's evolution into a leader in AI for credit over the past decade and highlights the company's specific focus on employing automated and explainable machine learning.