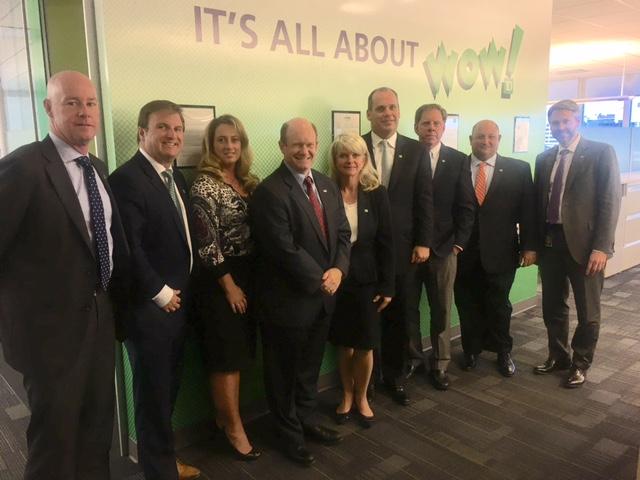 With a deciding vote by Vice President Mike Pence, the Senate passed a resolution overturning the CFPB’s arbitration rule by a vote of 51 to 50. Overturning the CFPB’s arbitration rule ensures consumers retain the tools they need to receive relief without going through long, drawn-out, costly court proceedings – where no one benefits except trial lawyers. The CFPB’s own study even verifies arbitration is more effective when it comes to helping consumers. The vote’s outcome just goes to show when all banking trade associations come together, good things can happen. To recap the event, I joined CNBC’s Kayla Tausche to discuss the outcome on Nightly Business Report, which you may view here.

We thank Senate Banking Committee Chairman Mike Crapo (R-ID) and Majority Leader Mitch McConnell (R-KY) for their work in the U.S. Senate as well as House Financial Services Committee Chairman Jeb Hensarling (R-TX) and Congressman Keith Rothfus (R-PA) for their efforts in the House of Representatives on this important consumer matter. 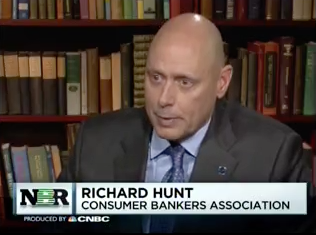 In a new report by the Office of Financial Research, agency Director Richard Berner concluded Dodd-Frank Act’s $50 billion SIFI threshold should be replaced by an indicator test. This report confirms what CBA has long believed: designating risk strictly based on the size of a financial institution does not make sense and it harms consumers. Allowing regulators to take a big-picture view of risk by looking at a financial institution’s business model instead of a simple asset threshold is more telling and can reduce unnecessary compliance burdens that limit credit availability to consumers. As Congress debates financial reform, we encourage members to make meaningful changes to current SIFI policy.

In an environment where consumers order groceries, seek medical advice and earn advanced degrees online, how will banking transcend conventional thinking to remain competitive?  Join us for CBA LIVE 2018: Beyond the Bank to be part of this conversation with senior leaders and decision makers from the industry. Register now to take advantage of our early bird rates. Want to be part of the action in Orlando? Check out our exhibitor and sponsorship opportunities.  Hurry!  Our exhibit hall sells out annually.

Over the past few months, CBA members have provided tremendous assistance to those affected by natural disasters. Recently, American Banker reported Zions Bancorp made over 300 interest-free loans to employees by Hurricane Harvey, totaling $5 million. This is a heartening development, and Zions Chairman and CEO Harris Simmons should be proud to preside over such an employee-centric initiative.

Next up in M&A, IBERIABANK inked a deal with Florida-based Gibraltar Private Bank & Trust, which holds $223 million in assets. Should the deal get regulatory approval, it would be the second acquisition by IBERIABANK this year. In July, the bank finalized an agreement for Sabadell United Bank to the tune of $1 billion. M&A activity is becoming more and more a fact of life in the banking industry.

Last Friday, CBA Board Member Michael Rhodes of TD Bank and members of his team hosted Senator Chris Coons (D-DE). During the meeting, the Senator learned more about TD’s cards operations in Delaware and discussed issues related to fintech, the Community Reinvestment Act, and small business lending. CBA’s Tiffany Haas was delighted to help facilitate the meeting.  Contact us if you would like assistance in scheduling a Member of Congress to visit your bank. 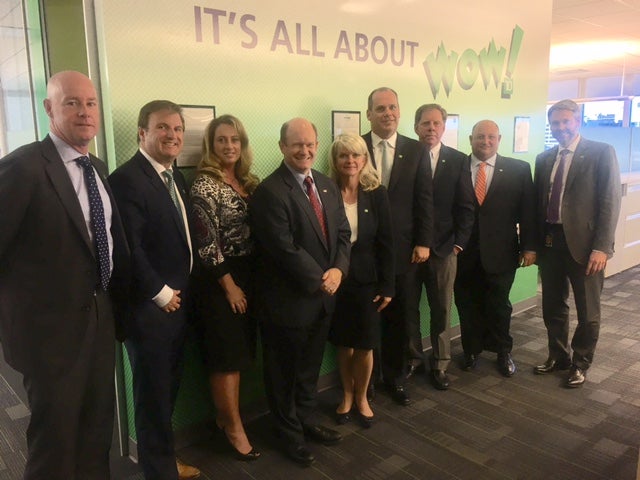 Here are a few of CBA’s top takeaways from these meetings:

Thank you to Jessica Rodgers and Nazir Vellani of Ernst & Young, Melissa Greenfield of the OCC, Dr. Wayne Johnson, Michael Dean and Charles Patterson of Federal Student Aid and Kenneth Megan of the Bipartisan Policy Center for meeting with our committees.

CBA welcomes Baker Hill as CBA’s newest Associate Member for 2018! We are excited to have them as a member of the CBA Family.

Auto lenders brace for losses from Harvey, Irma and Maria

Best wishes to Mortgage Bankers Association President and CEO David H. Stevens who will retire at the end of September 2018. It has been a pleasure working with him over the years.