CBA LIVE is back for 2018, and we are going “Beyond the Bank.” The banking industry is transforming across the board. From consumer interactions to digital capabilities the banking world is moving beyond brick and mortar. With 90 hours of programming and attendance from retail banking’s most senior leaders, CBA LIVE 2018 is this year’s can’t miss event. Join us March 12-14 in Orlando and be sure to register today to take advantage of our early bird rates. Congrats to our first registrant: Eric Brooks of Bank of America and to IBERIABANK for having the most attendees so far.

Majority of Voters Support Commission at CFPB, Time for Congress to Act

Both Republican and Democrat voters agree: a bipartisan commission at the CFPB is a better governing structure than a single director, according to a recent Cato poll which found 63% of Republicans and Democrats would support such a reform. This governance change – which CBA has led the charge for – would bring about greater accountability, fairness and transparency at the Bureau while preserving its important mission of consumer protection. It is time for those in Congress to listen to their constituents and pass this necessary reform.

Are We In a Start-Up Funk?

Are we in a “start-up funk?” According to some economists, a lack of new business growth is slowing our economy from rebounding. A recent Census Bureau report found 144,000 less business opened in 2015 than a decade earlier. We in the banking industry have dealt with not only a lack of new entrants into the industry, but a massive wave of consolidation over the years. For an industry which once boasted 15,000 institutions to one which operates just less than 6,000 today, the effects of sluggish growth are being felt along with the impact of modern technology and an outdated regulatory environment.

Wells Fargo, Equifax to Testify before Congress in October

Last week, TCF received some good news and some bad news as it relates to a lawsuit with the CFPB.  First the good news: the federal district court in Minnesota rejected the notion of any potential overdraft opt in requirement violation. However, the court also refused to dismiss the CFPB's claim TCF violated UDAAP.  As the case moves forward, it looks like the court may weigh in further as to the meaning and application of UDAAP.

More to Come from the Courts: Decisions to Watch…

The Road Ahead: CBA’s Auto Committee Plans for a Successful 2018

Our fall in-person committee meetings kicked off this week with the Auto Finance Committee. Our committees play a vital role in the success of CBA, and these meetings present opportunities for lively discussions. During the meeting, committee members discussed best practices, gap insurance, CPI/VSI insurance, fair lending practices and ways to improve the customer experience. Additionally, the committee noted many cars were destroyed by the recent hurricanes. Throughout the discussion, they were joined by Zoot Solutions’ Bob Lonergan and Dominic Artzis as well as Hudson Cook’s Michael Benoit. 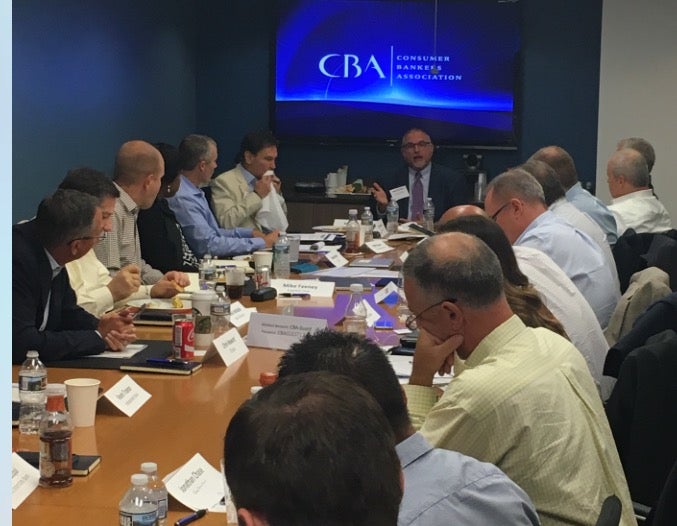 The Auto Finance Committee met this week in Washington, D.C. and heard from Michael Benoit (center) of Hudson Cook, LLP on Gap Insurance and other hot topics.  Thanks to Hudson Cook, LLP for their support. 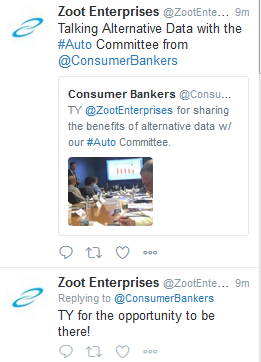 Thanks to Zoot Enterprises for their sponsorship and for joining the Auto Finance Committee at this week's meeting in Washington, D.C.

After 30 years as CEO of Webster Bank, Jim Smith announced he will retire at the end of the year. Over the years, I’ve enjoyed many meetings with Jim and the industry will miss his expertise following his departure. Since his father Harold Webster Smith founded Webster, their core values, known as the “Webster Way,” have remain unchanged. The bank has certainly had a strong desire to live up to the needs of its consumers. Webster’s current President John Ciulla will succeed Jim as CEO of the Connecticut-based bank. John will be the third CEO in the bank’s history. 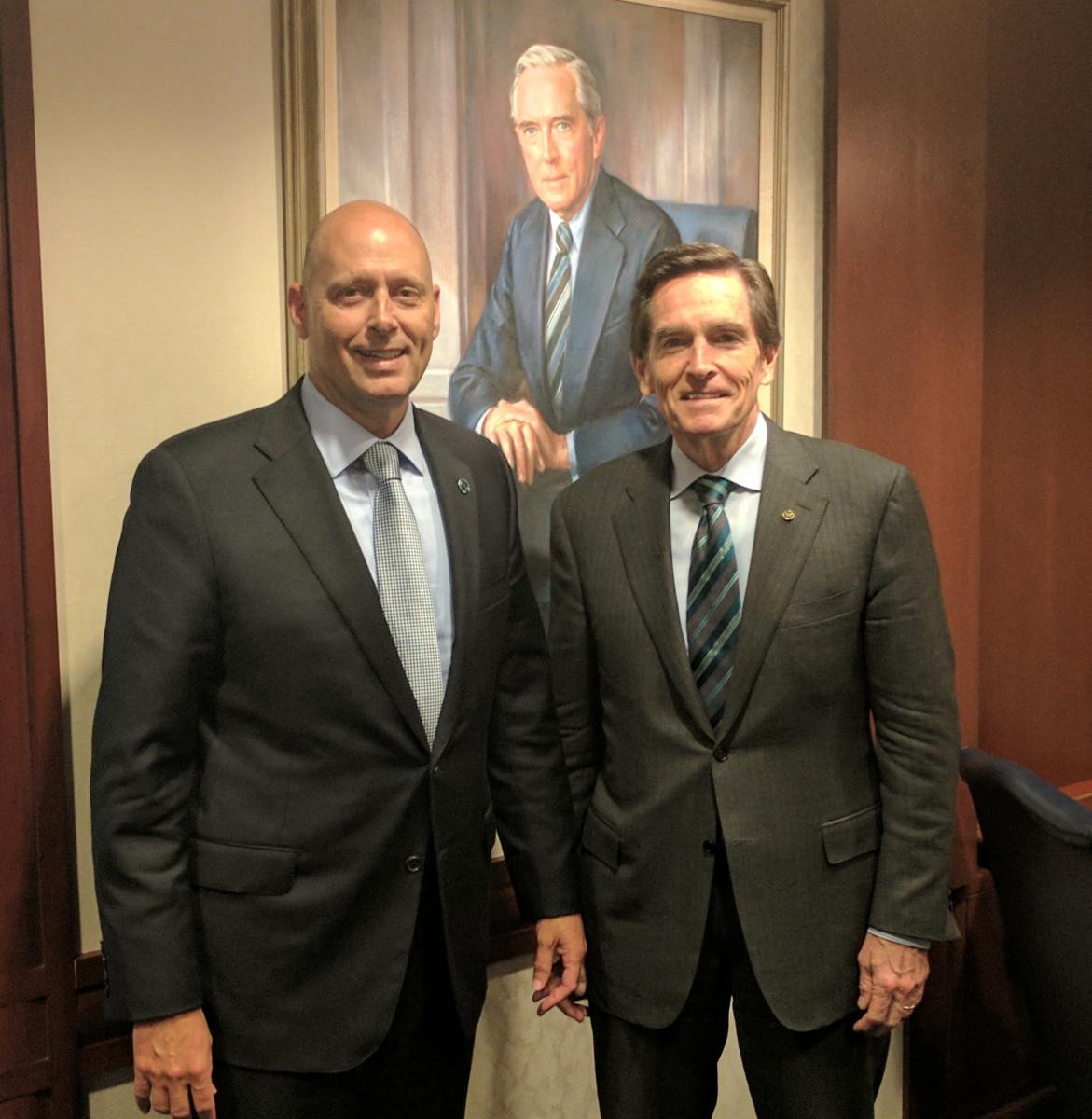 Three Things to Know to Be In The Know

A changing of the guard at Webster Financial

ATM Skimming Gets A Tech Upgrade

Marbue Brown was named head of customer experience for consumer banking and wealth management at Chase. Previously, he was an executive at Amazon.