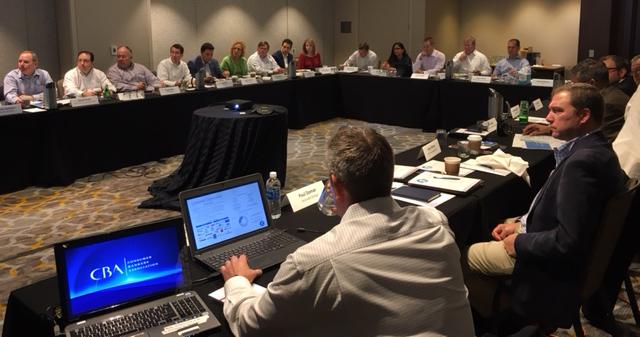 A huge segment of consumers are struggling to make ends meet in a given month – 43 percent to be exact – according to a new CFPB survey. Since the FDIC and OCC issued guidance essentially pushing banks out of the small-dollar lending market, consumers have been forced to use less-safe, less-regulated and more costly entities to gain access to needed short-term credit. This needs to change. CBA wrote CFPB Director Cordray and encouraged him to remember the Bureau’s study as it prepares to release the small-dollar rule. The CFPB should work in coordination with other financial services regulators to create a consistent regulatory environment that does not take away the ability for families with unexpected financial hardships to seek responsible, short-term assistance from their bank.

The number of students defaulting on their federal student loans is climbing. It is well past time the Department of Education helps students understand the true cost of their federal student loans before they owe. Nearly 600,000 students – 11.5% of borrowers – who began repayment on October 1, 2013 have defaulted on their loans. Consumers deserve better and the first step to correcting the issue is by establishing a “Know-Before-You-Owe” disclosure for federal student loans, much like banks in the private market already provide. This would empower consumers with the necessary information to make sound financial decisions and prevent over-borrowing. CBA will continue pushing for more private student lending so the government can focus on those with the greatest financial need.

On Deck: Equifax and Wells Fargo CEO Set to Testify Before Congress

A busy week is on tap for Capitol Hill. Next Tuesday, the Senate Banking Committee will hear testimony from Wells Fargo CEO Timothy Sloan and former Equifax CEO will testify before the House Ways and Means Committee before heading over to the Senate Banking Committee on Wednesday and the House Financial Services Committee on Thursday. Additionally, the Senate Judiciary Subcommittee on Privacy, Technology and the Law will hold a hearing on Equifax on Wednesday. CBA will monitor these hearings, and we will keep our membership informed on key developments.

I was proud to see many CBA members named in American Banker’s annual 25 Most Powerful Women in Banking list, including former CBA Board Member Nandita Bakhshi of Bank of the West. Over the years, women have had a profound impact on banking and will continue to help reshape the industry in a positive way. Members of Team CBA and our Board of Directors will be in attendance at this year’s awards dinner to celebrate the accomplishments of the honorees.

The Smartphone & Banking? The Two are More Intertwined than You Think

With the Apple’s new IPhone X hitting the shelves, consumers’ appetite for digital technology is on full display. Today, smartphones are increasingly becoming a hub of activity for bank consumers. From fund transfers through Zelle to financial wellness apps to basic bill pay and account opening functions, the industry has fundamentally changed as a result of technology. No longer must consumers travel to a brick and mortar location to bank, they can do so in the palm of their hand. With facial recognition, augmented reality and other technologies reshaping the world, banks must be able to adapt to leverage these new developments to better serve consumers. However, regulators must provide a workable framework for banks to continue to transcend traditional brick and mortar footprints.  As the industry evolves with technology, banks are now serving as disrupters.

Many of us have heard of Trader Joes, but for many its Germany-based parent company Aldi is an unknown.  For decades, Aldi has honed is business model as being a simple, standardized and streamlined supermarket. With limited selection, yet high quality products, the company has been able to move product twice as fast and at a fraction of the cost compared to other grocers. It is this type of disruptive approach to industry that has allowed Aldi, and like-minded companies, to grow its customer base and brand loyalty. But a question remains: Do Americans want the simple shopping experience offered by Aldi, or more choices offered by such stores as Whole Foods?

CBA World HQ was a buzz this week with CBA’s Default Management (Winner of CBA LIVE 2017’s “Boot Award” for best year over year increase in forum attendance) and Home Equity Committees visiting Washington, D.C. In meeting with both committees, here are some of CBA’s top takeaways:

Thank you to Kristi Thornton of theFCC, Paul DeSalniers, MaryAnne Gorman, Sal Guariano and Eldon Passey of Experian, and John McNamara and Gandhi Eswaramoorthy of the CFPB for speaking with our Default Management Committee. Thank you to our Home Equity Committee presenters as well, Paul Doman and Scott Vilseck of the Accurate Group. 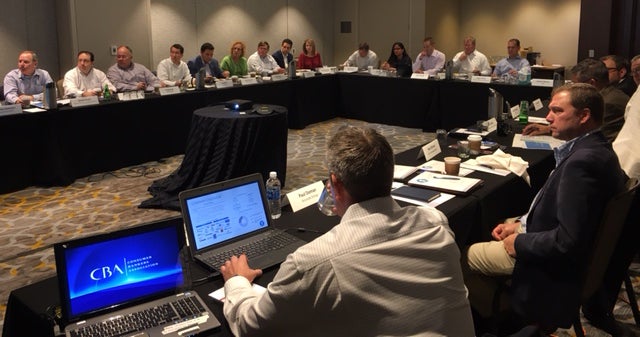 CBA's Home Equity Lending Committee met in Washington, D.C. this week and discussed a host of themes including market trends and product innovation. 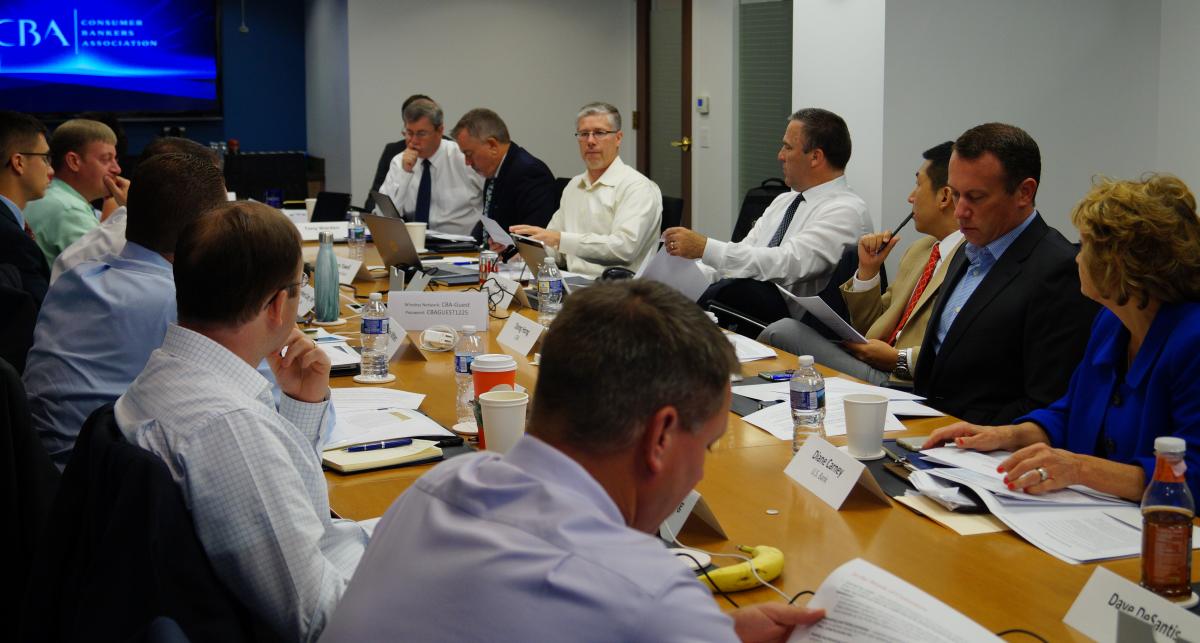 We were pleased to welcome the Default Management Committee to CBA world headquarters in Washington, D.C. for their fall in-person meeting this week.

Not only did we gain some great insights from our committee presenters, but members of Team CBA, along with Jim Matthews of CapitalOne, Jan Bergenson of Ally, and Lloyd Brown of Citi, met with Senior Treasury Officials to discuss CBA’s recommended reforms to the Community Reinvestment Act. While we strongly believe banks have a desire to serve their local communities, the law must be modernized to better reflect consumer preferences and the impact of digital technologies. In particular, we stressed the need to reform the application of compliance downgrades, the tardiness of the evaluation process, and the recognition of the impact of digital technology on banking.

Members of Team CBA also joined a roundtable discussion at the Small Business Administration to talk about small business lending and the need to repeal section 1071 of the Dodd-Frank Act. CBA has long believed 1071 will create an overly burdensome data collection requirement that will stifle small business lending, greatly increase compliance costs for small business lenders, and open the door to costly litigation.

All in all, it was a very productive week in Washington.

Bankers To CFPB: Help Us Help Families In Need

Branch transformation is a 'journey' at Bank of the West

Robin Sidel was named Director at Novantas. She will be leading the company’s new initiative: The Center for the Future of Banking.

October 18, 2021
By Innovis: Untangling the Web of Synthetic IDs