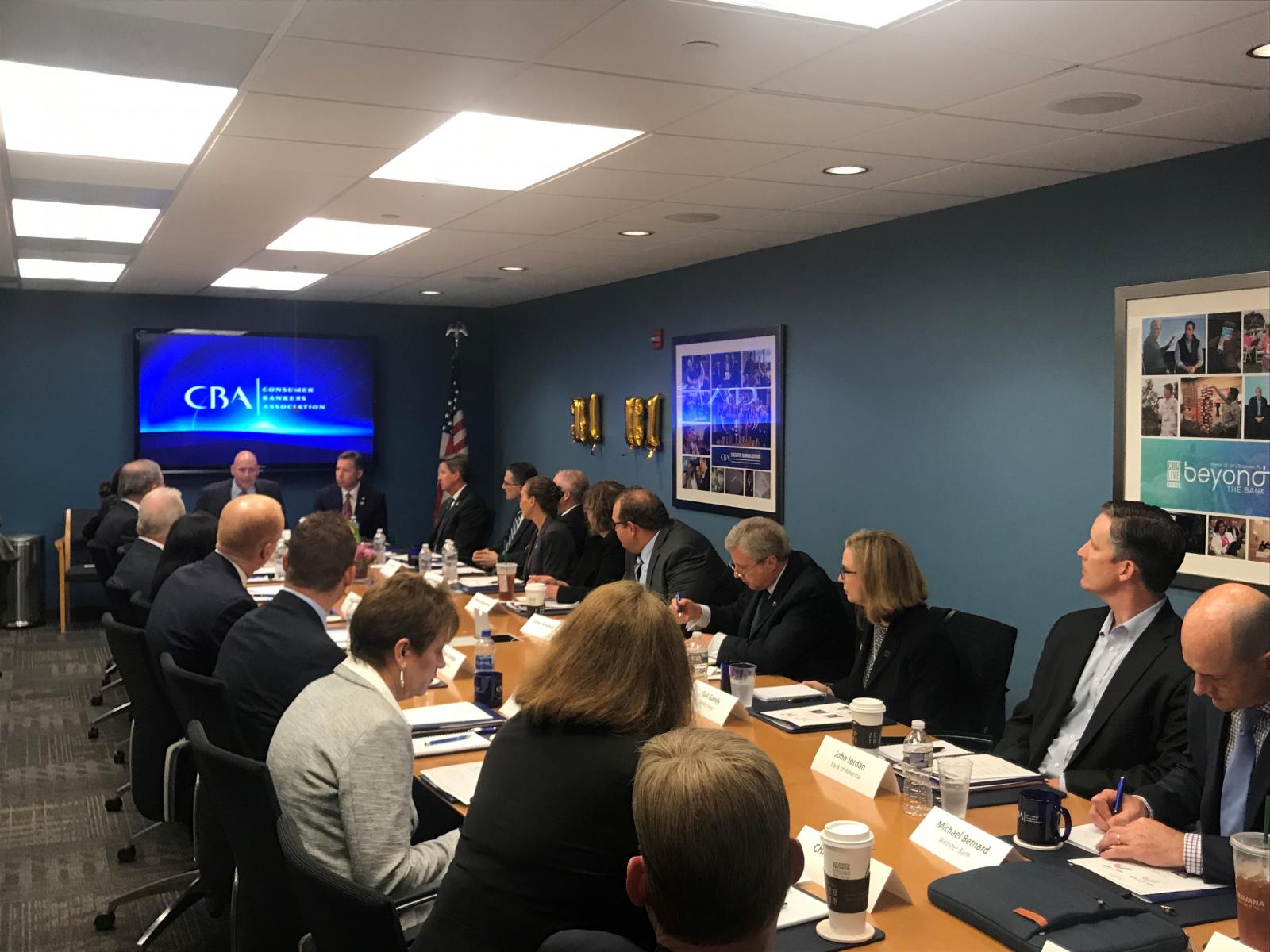 *CBA's thoughts and prayers are with our friends at Fifth Third Bank HQ, the Cincinnati community and all member banks impacted by this tragedy.*

CBA Leadership Summit: I have a lot of “favorite times” of the year – CBA LIVE, Executive Banking School, in-person committee meetings… The list goes on. One of them is happening next week here at CBA HQ as the entire team gears up to host our Board of Directors and Committee Chairs for our annual Leadership Summit! We will use this time to plan for the year ahead and meet with Federal Reserve Chairman Powell, FDIC Chairman McWilliams, members of U.S. Department of Treasury’s FinCEN, and Andrew Olmem, a key financial regulatory staffer with the National Economic Council. The summit will also include visits to the Federal Reserve, the FDIC as well as the U.S. Department of Treasury. Stay tuned for more updates!

A copy of the Supervisory Highlights is available here and we will share some in-depth analysis next week.

Kavanaugh Confirmation Hearings: Supreme Court nominee Brett Kavanaugh faced three days of intense questioning before the Senate Judiciary Committee this week. When questioned, Kavanaugh stood behind his 2016 ruling the structure of the Bureau is unconstitutional. He claimed he would not dissolve the Bureau, but bring it in line with other regulatory agencies. As you know, we believe the best solution is the creation of a bipartisan commission to lead the Bureau to stop the political pendulum from swinging with each change in Administration.

Suite 550 Podcast: CBA’s Internal Audit Committee bands together senior audit leaders to facilitate discussions on emerging industry risks and professional issues. I caught up with Committee Chair Dan VanSciver, Senior Vice President & Chief Audit Officer with Sallie Mae and Mark Weintraub, Chief Operational Risk Officer with Wells Fargo, about the committee’s work and the important role internal audit plays at their institutions. You can hear our conversation on the latest episode of our Suite 550 podcast.

INDUSTRY NEWS
OCC Grants Charter to Varo Money: The Office of the Comptroller of the Currency granted preliminary approval for Varo Money, the mobile-only financial institution, to become a national bank. The bank still needs approval from the FDIC in order to obtain insurance and membership from the Federal Reserve before it opens. Technology is continuing to shape the way the banking industry operates and everyone at CBA is paying attention. Varo is opening as a bank, but as regulators examine fintech charters, we are going to work for a level regulatory playing field – especially when it comes to consumer protection laws.

FSOC Update: The U.S. Department of Treasury announced that the Financial Stability Oversight Council will hold a closed meeting next Wednesday, September 12 to resume talks of removing federal oversight of Prudential Financial. The council is also expected to make a final decision soon on Zions Bancorp’s SIFI designation following the bank’s restructuring. This is an important decision that could have major implications for the industry. We will be watching to see what FSOC members decide.

Citigroup CFO to Retire: After nearly 10 years as the bank’s top financial executive, Citigroup Inc. Chief Financial Officer John Gerspach is set to retire in March 2019. He played an integral role at Citigroup, serving as CFO since July 2009 and working on the bank’s finance team in 1990. Mark Mason, CFO of the Institutional Clients Group at Citi, will take on the role.

U.S. Bank’s Elmore Retires & MacMillan Gets Promoted: This week, U.S. Bank announced the retirement of banking veteran John Elmore and promotion of Kevin MacMillan to head of government relations. This restructuring plan includes the merging of the community bank and branch delivery groups with consumer banking sales and support, as well as the addition of a Chief Digital Officer.

Santander Bank’s U.S. Unit: In an interview at his office on Tuesday, Santander U.S. CEO Scott Powell discussed his vision for expanding the retail side of Santander Bank. Expansion of the bank’s branch network will be critical to a successful branch-focused retail bank push. Learn more about Powell’s vision here. Scott is a former CBA Board Member and Michael Cleary now represents Santander on the Board. I have always appreciated Santander’s commitment to CBA and the role both Scott and Michael play in our growth as an Association.

Capuano Concedes to Pressley in MA Primary: 10-term incumbent and senior member on the House Financial Services Committee Rep. Mike Capuano lost his primary to Boston City Councilor Ayanna Pressley on Tuesday night. After promising to serve as a more “activist” representative in line with a changing district, Pressley came out on top with 55 percent of the vote to Capuano’s 45 percent. There could be a lot of change on the Financial Services Committee in the next Congress. CBA is steadily working to build relationships and make sure Committee members know the important role retail banking plays in communities across the country.

Waiting on the Fed: Now that Congress has given the Federal Reserve the power for a more made-to-order approach to regulations, we are waiting to see how the Fed will implement the law. Chairman Powell and Vice Chairman for Supervision Quarles will testify next week in the Senate Banking Committee to discuss their views on crafting new supervisory rules. The CBA Board is also meeting with the Fed next week. I am looking forward to hearing their views and getting an update on the timeline for implementation.

The Fed has the appropriate tools to tailor regulation and we will continue to push for an effective approach.

LAGNIAPPE
Airline CEOs Try Cheap Seats: The media likes to hype up bank fees, but this week I paid $200 for an airline change fee on a $380 ticket. You already know about the extra costs for leg room, in-flight WiFi, preferred seats and baggage fees. I am a big fan of flying and am well acquitted with the perks – and pains – of modern air travel. The Wall Street Journal recently talked to Delta CEO Ed Bastian and American Airlines CEO Doug Parker from the middle seat. Read the article here.

Happy Birthday to Joanna Beaver! We celebrated the birthday of CBA’s Vice President of Committees & Events on Wednesday.