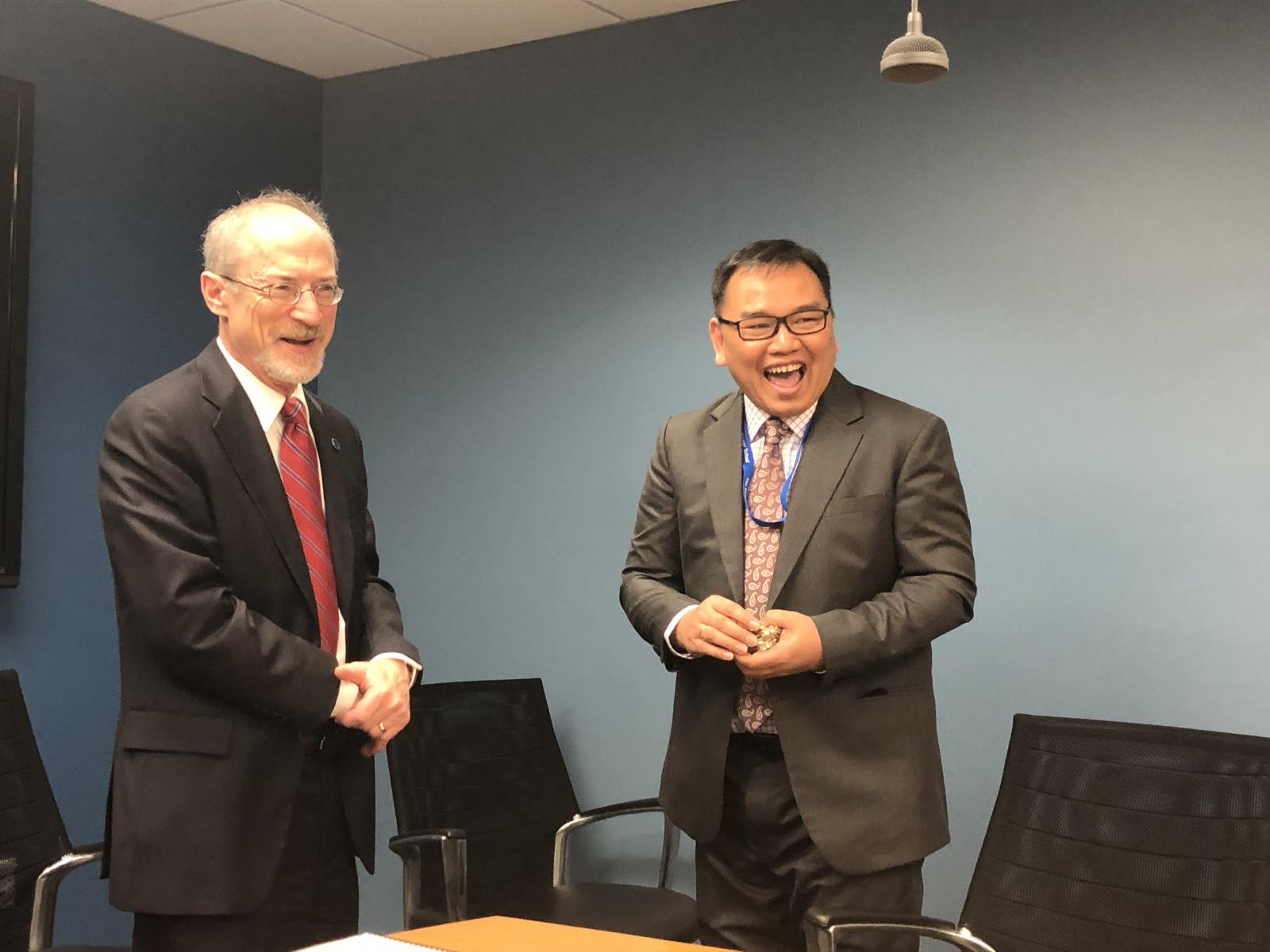 CRA Rulemaking on the Horizon – For those hoping to see revisions to the Community Reinvestment Act (CRA) regulations, the next few weeks should be very telling. Two important documents are expected to emerge almost simultaneously. Treasury will issue its Report on CRA reform, and the OCC – possibly with other agencies joining—will issue an advance notice of proposed rulemaking (ANPR) in early April. Bear in mind, Treasury cannot effect change by itself while the OCC can. An ANPR is pre-rulemaking, not a proposal, but I guarantee you it will get everyone’s attention, and we are hoping it will start the process of some needed interagency reforms. CBA’s Community Reinvestment Committee has been working with all the regulators to encourage positive changes to tailor the CRA to meet the needs of 21st Century consumers.

Fed’s Quarles Speaks Out – Possibly in anticipation of the flurry of CRA activity, Randal Quarles, the Federal Reserve’s new Vice Chair for Supervision, noted this week that changes to the CRA may be needed due to the increased presence of online lenders and the impact they have had on reshaping the lending landscape. Will we see the Fed join with the OCC when the ANPR is released? This is a development to keep an eye on.

CFPB’s RFI Blizzard -- CFPB continues issuing Information Requests on its operations—one per week for twelve weeks—which in Washington is a fever pitch.  It is a unique opportunity to let the leadership at the CFPB know the many concerns we have been wrestling with. This week, the CFPB issued the tenth request for information on its “guidance and implementation support.” The comment period will last 90 days from the date of publication in the federal register.

Congressional Review Act – It looks like the CFPB’s arbitration rule isn’t the only previous action by the agency getting attention from Members of Congress. Recently, two bills were introduced to overturn the following actions by the CFPB: Senator Lindsey Graham (R-SC) introduced a bill to overturn the CFPB’s small-dollar rule and Senator Jerry Moran (R-KS) introduced a bill to repeal the Bureau’s 2013 auto lending guidance.  Under the Congressional Review Act, each bill would need majority support in both the House and Senate to be enacted into law and overturn the rule or guidance.

Citi Goes National with Digital Tech – In an age of digital transformation, Citi is looking to expand its digital presence. As more and more consumers look towards online and mobile banking platforms, the bank has identified ways to provide desired services to customers by increasing digital offerings, which include adding virtually instant account opening, robo-adviser-style automated investing and small point-of-sale loans to their mobile app. Going forward, I would expect to see more of these developments from various other banks.

MUFG’s Steve Cummings – American Banker ran a great piece this week highlighting the work and initiatives of MUFG’s Chief Executive Steve Cummings. According to the paper, this is one bank executive to keep an eye on as he may be laying the groundwork for a major expansion. You may read the article here.

Welcoming the Eisenhower School – For the fourth consecutive year, CBA was proud to host students and faculty of the Eisenhower School for National Security and Resource Strategy, National Defense University, at CBA World Headquarters this week. We discussed with these future military leaders many topics in banking, such as financial innovation, cybersecurity and the need for a commission at the CFPB (our top priority). We are happy CBA has become an annual stop for the school.