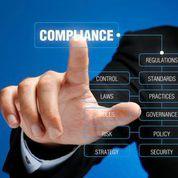 We were glad to have CFPB Deputy Director Steven Antonakes at CBA LIVE last week where he made some news. In his remarks at the general session on April 2, 2014 he stated: “We are now increasingly able to level the playing field between banks and their nonbank competitors for the first time. These changes are most notable for the nonbank institutions, but for many banks as well.”

The CFPB is rightly taking steps to level the playing field between banks and non-banks and I applaud them for this action. The Bureau’s latest efforts will effect institutions throughout the financial services industry in areas such as debt collection, student loans and auto lending, and is a direct result of increased monitoring of consumer complaints originating from non-bank providers.

CBA’s Government Relations team met with Rich Santoro, Vice President - Head of U.S. Government Relations of Discover Financial, at CBA’s world headquarters. This was an opportunity to touch base on developments on Capitol Hill and a number of issues including retailer data breaches, private student lending and the DOE’s negotiated rulemaking process on campus products.

CBA's General Counsel Steve Zeisel and Regulatory Counsel Dong Hong traveled to Los Angeles, CA to participate in the American Bar Association’s Business Law Section Spring Meeting focusing on regulatory and compliance issues. Dong spoke at the conference on the CFPB’s advance notice of proposed rulemaking on debt collection and comments made by consumer groups as well as members of the credit and collection industry.

Team CBA also held a meeting with Green Dot, where they sat down with Lew Goodwin, John Ricci, and Amanda Airo to discuss the notice of proposed rulemaking on prepaid cards, arbitration, small dollar loans and the CFPB complaint portal.

CBA LIVE – We Want Your Feedback!

CBA LIVE 2014 was a resounding success this year thanks to the ideas from and lessons learned over the past five years. If you attended this year’s CBA LIVE, please take a moment to fill out a brief surveyand let us know how we did. Our goal is to make each year better than the last and believe it or not but we are already planning for CBA LIVE 2015 in Orlando!

60 GSRBM alumni attended CBA LIVE, including a strong crowd at the Alumni Breakfast which featured remarks by the Bank Administration Institute’s (BAI) president and CEO Debbie Bianucci, and a panel discussion by CBA’s Education Chair Mark Rendulic, CBA Board Member Jeff Hooper, CBA’s Board of Directors Chair Andy Harmening, and myself.

Will Howle, CBA Board Member and the current head of Citi’s U.S. Commercial Bank, has been promoted to become the Head of the U.S. Retail Bank. This is a newly created position at the bank.

Wells Fargo has named John Shrewsberry as chief financial officer. He will succeed Timothy Sloan, who will now lead the wholesale banking unit.

Leslie Carter-Prall will be area president of Regions’ newly created Indiana region, which also includes the bank’s commercial offices in Chicago and Cincinnati as well as several counties in Illinois. Carter-Prall is presently Regions' area wealth executive for Indiana, Illinois and part of Kentucky.

E.J. Burke and Dennis Devine have been named as co-presidents of KeyCorp. Burke will oversee commercial and private banking and Devine will oversee consumer and small business.