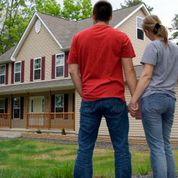 It is earnings season as our banks release their quarterly reports, and the key takeaway is: Mobile is boosting the bottom-line.

Bank of America’s CEO Brian Moynihan said during his earnings call mobile banking efforts have reduced costs at the consumer banking business by about 4 percent from a year earlier. Mobile was involved in 10 percent of total deposit transactions at Bank of America in the first quarter, up from 6 percent in the prior-year’s quarter. One year ago, this statistic did not exist.

This is not just about saving money on expenses, but giving consumers choices. Data from AlixPartners shows about 60 percent of smartphone or tablet users who switched banks in the fourth quarter said mobile banking was an important factor in the decision, up from 7 percent in the second quarter of 2010.

Remember Chase’s Barry Sommers' comment at CBA LIVE: “Today’s customer expects to bank when they want, how they want, and where they want.”

CFPB Revises International Money Transfer Rule The CFPB revised its international money transfer rule allowing banks an additional five years to fully comply with certain new disclosure requirements. Banks now have until July 20, 2020 to estimate third party fees and exchange rates if they can’t determine the exact amounts. We appreciate the CFPB’s recognition of the complexity of disclosures associated with international money transfers. This action will ensure uninterrupted access for consumers and their families, who rely on these transfers.

Last week, Dong Hong served on a panel at the America Bar Association’s Business Law Section Meeting in Los Angeles, where he discussed the CFPB’s advanced notice of proposed rulemaking which seeks industry input on reforming debt collection practices. In his remarks, Dong expressed the opinion of the banking industry that the Fair Debt Collection Practices Act (FDCPA) does not cover first-party collection activities and how the CFPB should not seek to extend FDCPA-like requirements to banks.

In response, CFPB managing counsel Tom Pahl, a fellow panelist, noted the CFPB would likely use its UDAAP powers, not its rulewriting authority under the FDCPA, to impose new standards on first-party collectors. Given the ANPR comment period only recently closed on February 28, 2014, it is a bit disconcerting the CFPB already is developing firm opinions about the directionality of its rulemaking effort.