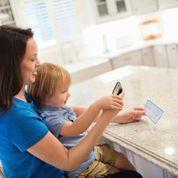 CBA LIVE 2014: Red, White + Banking – the fifth annual CBA LIVE event was a resounding success thanks to our attendees (over 1,200) from 70 national and regional banks and across the retail banking industry. The event is possible only because of the sponsors, exhibitors, Board and Committee members who develop this outstanding program and bring together retail banking’s leaders to discuss opportunities, challenges and innovations transforming American finance. Please take a moment and fill out a brief survey and let us know how we did.

Attendees may access presentations from their forums via the flash drive included in the tote bags handed out at event registration. Final presentation materials will be made available on CBA’s website. An email is forthcoming to attendees which will include a password and login instructions.

CBA is grateful to our Premier Sponsors Black Knight Financial Services, Equifax, Fiserv, MasterCard and Novantas for their commitment to supporting the retail banking industry and this event.

Attendees awaiting a performance by the Capitol Steps. The Washington Nationals' Racing Presidents were in attendance to help kick off CBA LIVE. CBA’s Committee Chairs on stage to preview the upcoming Forums.

AOL’s Paul Kadin was on hand to announce the launch of the CBA-AOL Consumer Finance Optimism Index.

Bobbleheads were handed out to attendees who shared their banking stories in our video booth.

Gov. Tom Ridge met with CBA’s Board of Directors prior to his remarks on cybersecurity and data breaches.

Discover's financial education and employment program supporting our servicemembers and their families was honored with the 2014 Joe Belew Award.

Attendees hobnobbed with Ben Franklin in the sold-out Exhibit Hall.

We turned the tables on reporters – asking them the tough questions on the state of regulation.