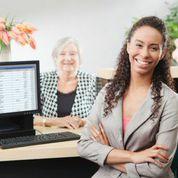 CBA Testifies Before Senate Banking Committee This week, I testified before the U.S. Senate Banking Committee on the state of the private student loan industry and campus financial products. This was an opportunity to demonstrate the excellent performance and repayment metrics of private student loans. Compared with federal loans, which have a 15% default rate, private loans are getting it right when it comes to aiding students in their quest for higher education. In addition, I spoke to the potential overreach of the Department of Education in their expected rule, which would effectively end partnerships between financial institutions and colleges, to the detriment of students. Providing safe, transparent, and accessible financial products on campus is important for student’s ability to manage their finances responsibly.

We had some sympathetic Senators in the room, including Sens. Crapo (R-ID), Heller (R-NV) and Moran (R-KS) who questioned the Education Department’s motives. In addition, the light bulb clicked with Sen. Manchin (D-WV) on the complete absence of underwriting standards for federal loans. In fact, he asked all of the interns in the room if they had trouble receiving a college loan, and out of the many in attendance, only one raised their hand. You can watch the full hearing here.

This week the CBA/BAI Graduate School of Retail Bank Management (GSRBM) wrapped up with 78 students among the Class of 2014. They have completed a professional journey which has given them the tools to rise to the top of today’s retail banking industry. Their hard work and dedication is integral to the success of GSRBM, and they should be proud of this accomplishment.

Swapnil "Neil" Vaidya from Bank of the West was selected by the GSRBM faculty and his fellow students to receive the Tem Wooldridge Award. This prestigious award recognizes the top GSRBM student each year who demonstrates outstanding academic performance, high integrity and a strong work ethic. In addition to academic merit, the Tem Wooldridge winner possesses the necessary character and leadership skills to bring out the best in their teammates. The honor is named for a now-retired GSRBM faculty member.

Of course, this all could not have been made possible without the hard work of GSRBM’s faculty. They meet several times throughout the year in advance of the annual session to ensure our students are receiving the best educational experience in the industry. It was through this preparation which saw the movement of the analytical portion of GSRBM into year two, preceding Bankcom and giving students a CFO’s perspective of what it takes to operate a bank. In addition, MarketSim was moved into the first year curriculum which gives our retail focused students a smooth transition into GSRBM. Finally, Paul Leventhal will be taking over as Chair of the Faculty Advisory Committee for the coming year. A big “thank you” for the hard work and commitment in support of GSRBM goes out to Kurt Treu, who steps down as Chair after two years in the driver’s seat.

The next session of GSRBM will take place July 19-29, 2015 at Furman University in Greenville, S.C. For more information about GSRBM, please visit our website.

On Thursday, July 31, 2014, CFPB released its report entitled: “Data Point: Checking Account Overdraft." We are strongly urging policymakers to be cautious in their approach to regulating overdraft and to avoid completely eliminating the consumer’s ability to choose. We believe overdraft protection is a vital banking service voluntarily chosen by consumers to ensure their financial needs are met. Banks offer this optional service to help consumers properly manage their deposit accounts. Studies have shown consumers value and appreciate the ability to cover expenses when they need to, from an institution they trust, without resorting to entities outside the heavily regulated banking system. These debit card services are completely optional, and consumers who freely choose to utilize the service can subsequently opt-out at any time.

With the House and Senate heading out for a five-week long August recess, many think the Nation’s Capital will be inactive. For financial regulators and other government agencies, this simply is not the case. Regulators used the relative quiet of a previous August recess to unveil a risk retention rule. In addition, you may also recall last August when we learned of the first in a series of court decisions regarding the debit interchange suit. This is an election year, so expect many of those on Capitol Hill and across the government to be looking for ways to make themselves relevant.

Consumers are much more likely to use debit cards according to a new study by the U.S. Federal Reserve. They chose to use their debit card an average of 23 times a month, compared with 11 times for credit cards and 10 times for prepaid cards. This is despite the fact that there are 334 million credit cards in circulation versus 283 million debit cards and 159 million prepaid cards. Consumers continue to utilize ATMs for smaller deposits and withdrawals, while using a physical branch for their larger transactions. Coming as no surprise in the Fed’s study, the number of paper checks consumers wrote also continued to decline.

Congratulations to our General Counsel Steve Zeisel, a 23-year veteran at CBA, who celebrated his 60th birthday this week.