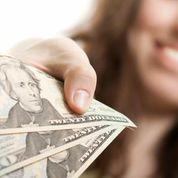 Our thoughts and prayers are with our friends in the Aloha State as they prepare for impending hurricanes.

The U.S. Federal Reserve this week released its July 2014 Senior Loan Officer Survey, which is comprised of respondents from up to 80 large domestic banks and 24 U.S. branches and agencies of foreign banks. The survey found about 40 percent of large banks reported easing credit standards for prime borrowers. Notably, only one large bank tightened standards in the survey. The survey also found demand for prime mortgages increased 49 percent, while surveyed banks found little increase in the demand for traditional mortgages and no change in demand for subprime mortgages. Interestingly, the survey included a question related to the recently implemented QM Rule. According to the report, “The majority of banks reported that the new rule has had no effect on the approval rate of prime conforming mortgages, in part because those loans qualify for a safe harbor under the exemption for loans that meet the underwriting criteria of the government-sponsored housing enterprises (GSEs).” Time will tell how the QM Rule and other regulations will effect mortgage lending.

According to a recently released poll by American Banker, “more than two-thirds (68 percent) of bankers said they're spending more on the [mobile] channel this year than they did last year; one-fifth (20 percent) say they've increased spending by more than 50 percent.” It’s no secret consumers are demanding their financial institutions provide them the best in a mobile banking experience as they migrate to their phone and tablet, rather than a physical branch for their banking needs. Of course not all banks have the resources to meet these needs and smaller institutions will continue to lose consumers, as they shop elsewhere.

Early this week, I was in San Francisco, CA meeting with our Chairman Andy Harmening of Bank of the West, Chair-Elect Tim Wennes of Union Bank and Immediate Past Chair Bob Kottler of IBERIABANK. We spent time looking at the future of CBA, the Administration Committee’s 2015 goals, potential growth opportunities for our association, as well as investments we will be making to further position CBA as the voice of the retail banking industry. Stay tuned. Also while in San Francisco, CBA’s Education Department held an In-Bank training session for Wells Fargo. I was able to check-in with the 25 participating bankers, but a much more impressive guest stopped by shortly after, Wells Fargo CEOJohn Stumpf, who spoke to the group about today’s banking environment.

We are proud to announce ID Analytics is CBA's 30th new associate member for FY 2014! They focus on consumer risk management with analytics and real-time insight into consumer behavior. Learn more about them here.

SunTrust has named Susan Somersille Johnson head of its marketing division. She was previously the Vice President of Global Marketing for NCR.

Lennie Fields, an 18-year employee and Assistant Branch Manager in Lafayette, LA for IBERIABANK, was recently installed as President of the Rotary Club of New Iberia.