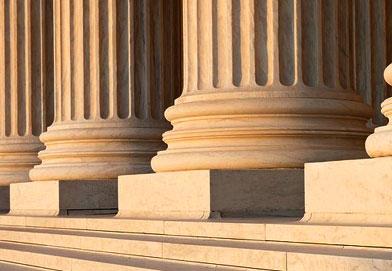 CBA’s Board of Directors Chairman Andy Harmening unveiled our 2014 legislative and regulatory priorities to the media on February 10, 2014 at CBA’s world headquarters. I was glad to join Andy in covering a number of issues, including: the state of retail banking, QM and Non-QM mortgages, Bitcoin, the CFPB’s complaint database, and most notably – the recent retailer data breaches. Among the outlets joining the event were the Wall Street Journal, the Washington Post, Bloomberg, the Associated Press, CQ/Roll Call, POLITICO and American Banker, which has a wrap-up of the event on their site.

Following the media event, Andy Harmening, Steve Zeisel and I met with U.S. Comptroller of the Currency Tom Curry. We had a productive conversation which covered deposit advance products, cybersecurity, collaboration among agencies, and complaint management.

Despite Congress’ shortened work week due to the snowstorm, they had a packed schedule. Janet Yellen made her first appearance on Capitol Hill as Fed Chair to deliver the Fed’s semiannual monetary policy report to the House Financial Services Committee. The Senate Committee on Small Business and Entrepreneurship held a confirmation hearing for Maria Contreras-Sweet, who has been nominated by President Obama to lead the Small Business Administration. Finally, the House and the Senate approved legislation to suspend the federal debt limit until March 15, 2015.

We are projecting record attendance for CBA LIVE 2014 and hotel rooms are going fast. CBA offers a room block of discounted hotel rooms at the Gaylord National Resort for CBA LIVE participants. Please make your hotel reservation online or by calling the Gaylord directly at (301) 965-4000. Remember to mention you are attending CBA LIVE so you receive the group rate.

CBA’s In Bank training headed to Johannesburg, South Africa this week, boasting 11 participants from across the region, including: Kenya, South Africa, Uganda, Dubai, UAE, Kuwait, Nigeria, Tanzania, and Oman. Instruction was led by Mike Allen and Jim Fugitte. This is part of our continued work with the Asian Banker (based in Singapore) to provide high-level leadership insight to international heads of retail. The first program was in Singapore, second in Dubai, third in South Africa, with a fourth scheduled for September in Shanghai.

The CBA/BAI Graduate School of Retail Bank Management provides leading bank officers with the critical skills and broad perspective to propel them into more complex leadership opportunities. For 10 days a year, over the course of three years, students learn: retail strategy, financial strategy, and overall bank management strategy. Our exclusive curriculum unfolds not from a textbook at a lecture podium, but during high-energy, interactive, competitive exercises. Be sure to check out the newly releasedcurriculum guide for 2014, and submit your application today.

CBA’s Education Funding Committee Chairman Tom Levandowski of Wells Fargo was selected by the U.S. Department of Education as an alternate negotiator representing “Lenders, Community Banks and Credit Unions,” for the latest round of “program integrity” negotiated rulemaking at the Office of Postsecondary Education.

U.S. Bank announced Eva Brown as the bank’s Community Affairs Manager for the Chicago market. Prior to joining U.S. Bank, Brown served as the director of the Access to Capital Program at the Women's Business Development Center (WBDC). In that role, she managed all activities related to WBDC's Small Business Loan Fund. She has also worked in Small Business Lending at Fifth Third and BMO Harris.