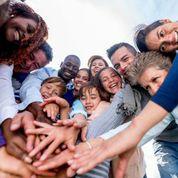 Financial institutions of all sizes are proactively aiding consumers by replacing cards potentially compromised due to the Target data breach. We did not wait to alert our customers. Members of CBA, the Independent Community Bankers of America (ICBA), and the credit unions have replaced a total of 25.8 million cards at a cost to banks of $242.6 million – not including any fraudulent charges! CBA and ICBA have taken the full costs of card replacement, including call center operations and customer communications into accounting these figures, while the credit union numbers only reflect the cost of replacing a physical card.

These numbers represent 64.5 percent of the 40 million cards Target has revealed to have been compromised due to the December data breach. An interesting fact from the Wall Street Journal’s tick-tock of Target’s reaction to this crisis – many of Target’s leadership did not want to disclose the amount of consumers whose personal data was compromised. I applaud the CEO for pushing his team to make the figure public. It is time retailers have some skin in the game when it comes to data breaches. We all know banks, whether small or large, always step up to the plate.

I met with Fifth Third's Chad Borton, Head of Retail Banking, Mark Erhardt, SVP - Retail Product Management, and Eric Rizzo, VP - Federal Affairs while they were in Washington, D.C. on business. We had the opportunity to discuss the current regulatory environment including QM implementation, Deposit Advance Products, and other upcoming actions.

Applications are coming in for the CBA/BAI Graduate School of Retail Bank Management, and we are locking in exciting speakers for our students. Carrie Tolstedt, Senior Executive Vice President of Community Banking at Wells Fargo will speak to GSRBM seniors regarding the executive perspective and leadership in successful bank management. Chuck Kim, ?CFO & Executive Vice President at Commerce Bancshares, will give the juniors a CFO view of Commerce Bank. Learn more about GSRBM’s curriculum and submit an application today.

We are adding to our lineup of impressive general session speakers at CBA LIVE 2014: Red, White + Banking. Jim Clifton, CEO of Gallup, will unveil exclusive data on how Americans view the retail banking industry. There will be only one place to hear his presentation before you read about it – CBA LIVE. Sign up today and don’t miss out on Jim Clifton, as well as 200 other speakers and 80 hours of programming.

CBA is excited to announce our 21st and 22nd new associate members for the 2014 fiscal year: First American Mortgage Services, as well as Morrison and Forrester.

Citigroup Vice Chairman Michael Helfer will retire next month and Zion Shohet will take on an expanded regulatory role. Shohet, will become global head of regulatory reform and implementation, expanding his current duties to include relations with international regulators.

The WomenCorporateDirectors (WCD) Visionary Awards identifies companies and executives who are advancing better corporate governance across the globe. WCD advocates for more women on corporate boards, and has honored KeyCorp Chief Executive Beth Mooney with the Visionary Award for Strategic Leadership for promoting diversity within their ranks.