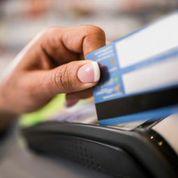 This week House Ways & Means Committee Chairman Dave Camp (R-MI) proposed comprehensive tax legislation. While both House Speaker John Boehner (R-OH) and Senate Minority Leader Mitch McConnell (R-KY) have downplayed any chance of a tax package passing this year, the banking industry should be concerned by a tax on banks and certain financial institutions with $500 billion or more in assets. Chairman Camp's legislation sets a dangerous precedent by singling out an industry for additional taxation. However, it goes even further by picking winners and losers within an industry. In response to this, CBA and 10 other trade associations sent a joint letter to Chairman Camp, House Republican Leadership, and Ways & Means Committee members registering our firm opposition.

CFPB Director Richard Cordray has sent an official letter to financial institutions to “strongly consider” making credit scores freely available on customer’s monthly statement or online. The CFPB hopes this move makes it easier for customers to spot problems with their credit report. CBA supports efforts to expand consumer financial awareness and understanding, but it must be both understandable and useful for the consumer. There are numerous factors considered in weighing a consumer’s credit portfolio – not just a credit score. The CFPB rightly points to the value of credit information and appears to be approaching this issue informally in order to allow each financial institution to create a workable solution. However, no institution that receives a letter from its regulatory agency ‘strongly encouraging’ an action views the request benignly.

Banking is changing. Competition isn’t the branch across the street, but the Bitcoin exchange across the globe, the startup around the corner and the online bank across the internet. “Disruptors” are transforming commerce, reinventing distribution models, and achieving unprecedented levels of customer service. Visionary entrepreneurs are turning the traditional business world on its ear. Learn firsthand what “cutting edge” really means in banking today, during the Digital Channels forum at CBA LIVE 2014. Check out theforum schedule, and book your ticket today.

Keeping with the theme of CBA LIVE 2014 – “Red, White, and Banking,” this year’s Joe Belew Award will go to our member bank with the most innovative program focused on helping our service members, veterans and their families. CBA received 10 submissions, the most applicants in a single year, from the following banks: BBVA Compass, Capital One, Discover, Fifth Third Bank, KeyBank, PNC, Regions, US Bank, USAA, and Wells Fargo. This year’s Joe Belew Award winner will be announced on Tuesday, April 1, 2014 at CBA LIVE. Special thanks to Jan Woosley, Union Bank – CRC Chair; Charles Mapson, USAA; Staci Glenn Short, Huntington Bank; JoAnne Schwartz, M&T Bank; and Beth Trotter, IBERIABANK for their tremendous work throughout the selection process.

CBA held a joint webinar with Silanis Technlogy and Buckley Sandler Law Firm on Tuesday, February 25, 2014. The webinar, which focused on e-disclosures and best practices, had the largest amount of participation on a CBA webinar to date and reflects of the relevance and importance of webinars offered to our members.

OnBudget and ReliaMax are the 23rd and 24th newest associate CBA members for 2014.

Jeffrey Bloch, Associate General Counsel, is departing CBA to become Vice President – Senior Compliance Manager, at U.S. Bank’s office in Washington, D.C. Jeff has been an integral part of CBA’s advocacy team and we are very sad to see him leave us, but glad he will still be in the extended family.

Maj. Gen. Josue Robles, USAA's president and chief executive will retire from the company in the first quarter of 2015. Under his leadership, USAA grew its members by 53 percent and expanded its revenue by 45 percent.

Wells Fargo has announced the appointment of A. Charles Thomas to the role of chief data officer. Thomas will join Wells Fargo from USAA, where he served as the chief data and analytics officer.

John Allison is retiring from the board of BB&T. He previously led the bank for two decades before stepping down as CEO in December 2008. Allison plans to devote more time to the Cato Institute, where he became CEO in 2012.