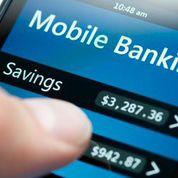 CFPB Issues Mortgage Servicing Rules
Nearly 300 members dialed joined CBA’s call on Monday, January 14, 2013, to discuss the impact of QM and to hear from K&L Gates and the CBA Advocacy team. With regard to QM, Director Cordray told me the 3% cap on mortgage broker compensation is a work in progress. While we appreciate the CFPB's efforts to date, we still have some concerns, outlined in our statement.
Just yesterday the CFPB issued mortgage servicing rules. The big challenge here for our members will be implementation. These new requirements will mean significant system changes including development of policies and procedures, as well training of staff, which may be difficult to do before January 14, 2014. We are sensitive to these issues and will communicate this and other concerns to the CFPB. A preliminary analysis from our team may be found below. We will hold a membership call on Tuesday, January 22, 2013, to discuss what these rules mean for banks.

Too Big To Fail
The Dallas Fed came out with a report yesterday, arguing too-big-to-fail still remains a problem in this country. I agree with Warren Buffet the banking industry has never been stronger. Our banks are better capitalized and perform regular stress tests and are part of a robust, competitive marketplace. This will remain a topic of conversation in Washington: it’s too big to resist.
Press Briefing
This week CBA held our annual press briefing and welcomed 10 reporters to CBA world headquarters to meet with Chair Bob Kottler of IBERIABANK and the CBA team. We gave an analysis of the state of the industry, regulatory developments, small business lending and the challenges and opportunities facing banks. Bob and I made it clear we are “bullish on banking” and look forward to economic certainty to improve demand for loans.
CBA LIVE 2013
If you have not already registered for CBA LIVE 2013: The Future of Money, I have to ask: what are you waiting for? Hundreds of retail bankers have already signed up and just yesterday our hotel block sold out. Our nine forums have put together some really thought-provoking programming including a series of sessions with speakers from the CFPB, FDIC and OCC. Right now, I am most excited about our general session lineup. Brett King is going to tell us why he believes the bank branch is dead… and then we will make him argue that point in an Oxford-style debate against leading bankers. If you are not already familiar with Brett, check out this video.
Hope to see you in Phoenix!