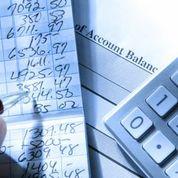 Breaking News: Recess Appointments Unconstitutional – CFPB Implications
Today, the U.S. Court of Appeals for the D.C. Circuit ruled unanimously that recess appointments made by President Barack Obama to the National Labor Relations Board were unconstitutional. This ruling, if upheld, could have sweeping impact on appointments made when the President bypassed the Senate. We are going over the ruling very closely as it has implications for CFPB Director Cordray, who was appointed in the same manner on the same day as the NLRB appointees.
The President re-nominates Director Cordray
I found it ironic that on the same day the President nominated a chair for a commission (the SEC), he also nominated a sole director for the most powerful U.S. regulator ever created, the CFPB.
Director Cordray is not the issue. I think he has been fair but tough, and certainly responsive. The issue is the CFPB’s flawed structure. This nomination gives the Senate a chance to save itself from itself and replace a sole director with a commission.
I do not expect Director Cordray will be confirmed unless the White House/Senate acquiesce to some compromise. Raj Date steps down as deputy director on January 31, 2013.
Mortgage Servicing Member Call
More than 330 members joined our call on Tuesday (January 22, 2013) to hash out how the CFPB’s final rules on mortgage servicing will impact our banks. These rules, which take effect on January 10, 2014, were published in two notices amending Regulation Z, which implements the Truth in Lending Act, and Regulation X, which implements the Real Estate Settlement Procedures Act. We thank our guest speakers from Ballard Spahr who, along with CBA’s policy team, provided in-depth analysis of the rules and the anticipated loan originator compensation rule.
In-Bank Training on the Maylay Peninsula
In-Bank training continues to expand both domestically and internationally. Just this week, our first international In-Bank training session, held in conjunction with The Asian Banker, took place in Singapore. Sixteen students participated in MarketSim under the leadership of faculty member Doug Freeman. If you are interested in holding a session on your turf, please contact Mike Allen.