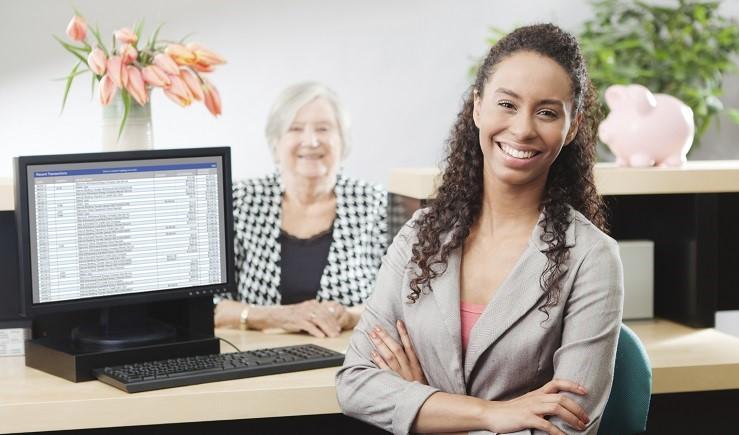 Reminder – your opportunity to save $300 on CBA LIVE ends today so be sure to register. You also should take a moment and make your hotel reservation. We have reserved blocks of rooms at both the Hilton Bonnet Creek and the Waldorf Astoria – the meeting space for CBA LIVE is in the middle and connected to both hotels so you may stay at either place. We are in Orlando, FL this year so join us and escape the cold!

CBA has been laying the groundwork to provide our membership with an Advocacy Team to fully represent our interests with Members of Congress and regulatory agencies. I am happy to report we are well on our way to completing this goal just in time for the start of the 114th Congress this week. Specifically, we have added three new team members under Senior Vice President for Congressional Affairs Reagan Anderson, including:

We will also be adding to our Regulatory Team as well in the very near future.

The (Real) Bank of America

POLITICO Magazine has an interesting long-read out this month looking at the "Real" Bank of America, or the more than $3 trillion in loans currently on the books of the U.S. Government. The vast majority of which are loans to about 8 million homeowners and 40 million students, but also includes special interests such as farmers, fisherman, clean energy firms, and even foreign nations. Most fascinating is the entity overseeing this vast portfolio consists of just four mid-level employees of the Office of Management and Budget with no lending experience. In addition, accounting and collections practices used by the government show they often collect pennies on the dollar in recouping loans. Just think -- what would happen if banks ran their business this way?

FCC vs CFPB on Complaint Portals

Another government agency is rolling out a complaint database, this time it is the Federal Communications Commission (FCC). Specifically, they are making it simpler for consumers to file and track complaints against telephone, cable, internet, and radio companies. The FCC takes a very different track with its database, where complaint information is ONLY released by trends and does not indicate the company, isolate the individual complaint, or contain a narrative. Compare this with the CFPB which releases far more information than the FCC or the Federal Trade Commission. In addition to the CFPB's increased data collection, their consumer portal lists individualized complaints and has filtering options including ways to search for a particular financial institution.

I find the FCC's complaint portal much better for both consumers and the industry. This is something the CFPB should consider when making updates to their system in the future.

Mark Fogarty, Editor-at-Large for National Mortgage News, took a look at mortgage loans over the last decade based on race and found denials to whites (the largest racial category) were an even higher percentage of the total a decade ago than they are now. This is further corroborated by a 10-year study of originations by ComplianceTech, which shows caucasians were denied mortgages at an 18.7 percent rate in 2004, which is higher than the 17.3 percent rate in 2013. Meanwhile, denials of applications for African-Americans remained the same pre and post-crash at 31.9 percent and denials for Hispanic and Asian-Americans remained largely the same over the entire time frame.

Remember, the Financial Crisis Inquiry Commission did not issue its report on the financial crisis until after Dodd-Frank had already been passed. So Congress did not review the findings of the commission it created to tell them what exactly went wrong. The report's dissenters found the crisis was caused by government affordable housing programs, not market forces. This data is insightful as we look back at lending standards and evaluate what "easy credit" really meant, and how Dodd-Frank has impacted consumers in the time since.

The CBA/AOL monthly Finance Optimism Index rose to -2.2 in November, gaining from October and showing rising consumer financial optimism as the holiday season began. Americans' optimism about their personal financial future remained relatively stable with a one point increase. Worry about current financial situation decreased 4 points, with those who strongly agree they are worried about their current financial situation remaining at 26 percent of respondents. While the Index did rise in November, consumers still are not feeling optimistic regarding their financial future. Until this Index rises to positive territory, I do not see a robust retail industry.

Jorge Junquera, Vice Chairman and Special Assistant to the Chief Executive at Popular Inc., will retire on February 5, 2015 after 43 years with the bank.

The Federal Reserve Board has reappointed O.B. Grayson Hall Jr., Chairman and Chief Executive at Regions Financial, to its Federal Advisory Council.

President Barack Obama has nominated former Bank of Hawaii Chief Executive Allan Landon for a seat on the Federal Reserve Board. Landon served as CEO and Chairman at the Bank of Hawaii from 2004 to 2010.