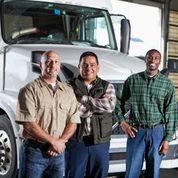 CBA’s media relations team has been working with our member banks corporate communications teams to provide an edge on the issues and news coming out of our nation’s capital. On Wednesday, July 9, 2014, we held the first quarterly call of a new working group, open to all of our members. The call featured an update on what to expect from regulators and Capitol Hill from CBA’s General Counsel Steve Zeisel. Call participants also discussed best practices on how to handle natural disaster situations, informing consumers of branch operations and other critical bank functions. If your bank is interested in participating in the future, please contact our Director of Media Relations, Tom Crosson.

This week I was in Charlotte, NC to visit with CBA members – including Wells Fargo and Bank of America.

At Bank of America, I was greeted by CBA Board Member and past-Chair Susan Faulkner. I was glad to discuss a number of items with CFPB Committee members, including the CFPB’s unverified complaint database, data collection requests from the CFPB, and the implications of the upcoming midterm election, which is set to shake up the chairmanship of the U.S. Senate Banking Committee. CBA committee members in attendance included: Jeffrey Bowling, Cassi Chandler, Heloise Gerteiny, Stephen Hicks, and Karl Kaufmann. I was also glad to meet Thong Nguyen, Managing Director and Retail Banking Executive while on site.

My visit and discussion at Wells Fargo touched on many similar issues, including the various implications of the upcoming election, interagency coordination by regulators and other departments, and engaging GSRBM alumni after they graduate. Thank you to Laura Schulte, Mike Sherck, Paul Fronczak, and Erica McDowell for hosting me.

You may be surprised to learn it is not one of the traditional store front operators, but Walmart. The company holds 30 percent of the 150 check-cashing licenses in Massachusetts, and has expanded their financial services offerings bill-paying services and a money-transfer business. Walmart is not a bank. Several years ago they sought a license to operate a bank, but halted their efforts after facing widespread opposition. If you ask our friends from Duck Dynasty if it walks like a duck, and quacks like a duck…it is a duck. They are offering many of the services of a bank but without any of the regulatory strings attached. There must be a level playing field when it comes to the Walmarts of the world offering financial services, which includes playing by the same rules as the nearly 7,000 banks in this country. I would expect our friends at the CFPB and Sen. Elizabeth Warren (D-MA) would want to see her constituents participate in the safety of a highly regulated and safe banking system. After all, they have gone after other financial services entities for much less.

Sen. Elizabeth Warren (D-MA) and I participated in a "Two Takes" segment for U.S. News & World Report, debating the merits of the U.S. Postal Service entering the banking space. Not surprisingly, Sen. Warren continued her advocacy of “government knows best” when it comes to preforming roles perfected by private industry. If the postal service had taken the steps our banks have to build up a technological edge, maybe they would not be still trying to fight email for revenue space. You can read my take hereand Sen. Warren’s here.

American Banker Poll – What is holding up Reputation Restoration?

Just before the July 4th holiday, American Banker held an online reader poll asking: “What’s the biggest obstacle preventing banks from fully repairing their reputations with consumers?” The largest response at 34 percent was “continued bad behavior by a handful of institutions,” followed by “anti-bank rhetoric from U.S. political figures,” at 29 percent and the responses “time-we need to get at least a decade out from 2008,” and “the impact of new regulations,” each garnering 18 percent. From where I sit, I see it as a combination of all of the above. Though the passage of time does heal most things, the regulatory and political environment is expanding the timeline. It will take many more years of diligent work and listening to consumers for banks to gain back the American public’s full trust. This is something I see CBA’s banks working at on a daily basis.

Cassi Chandler, Senior Vice President and Corporate Compliance Executive at Bank of America has been named Chair of CBA’s CFPB Committee. We are excited to have her lead CBA’s newest Committee. The Committee’s previous Chair, Cal Ratcliff, has left IBERIABANK to become the Senior Vice President and Director of Compliance at Bank of North Carolina. We thank Cal for his outstanding leadership of the Committee and appreciate his dedication to CBA.

Verint has joined CBA as our 29th new Associate Member for FY 2014. Verint is a global leader in Actionable Intelligence® solutions for customer engagement optimization, security intelligence, and fraud, risk and compliance. Learn more about them here.

We would like to wish CBA member bank First Tennessee a happy 150th birthday!

Bank of America has donated more than 240 homes in Florida to military veterans, including three who received Purple Hearts. This is part of a three-year commitment to donate more than 1,000 homes to non-profit groups nationwide which provide services to members of the military or first responders.