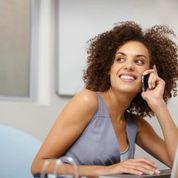 CFPB Director Confirmed
Congratulations to Richard Cordray on being confirmed Director of the CFPB. CBA has enjoyed a close working relationship with Director Cordray over the past two years, and while we have ongoing concerns regarding the Bureau's structure, I look forward to a continued productive relationship with the CFPB.
With this confirmation, the Director should now move full steam ahead to level the playing field between banks and nonbanks, as he stated he would do when first nominated by the President.
CBA Senate Testimony Next Week
On Wednesday, I will testify on behalf of CBA at a Senate hearing which will focus on deposit advance products, payday lending and other types of short-term liquidity products. The hearing will be before the Senate Aging Committee, which includes Senator Elizabeth Warren and two Senators (Whitehouse & Blumenthal) who have introduced legislation to cap the interest rates on credit cards, payday-like products, car loans and other consumer products. A panel of regulators including the CFPB & the FDIC will be followed by a panel including CBA, the Center for Responsible Lending, CFSA (storefront payday lenders) and a consumer advocate. It is vital consumers have choices in short-term liquidity products and not have to turn to risky payday lenders to meet their financial needs.
Federal Student Debt tops $1 Trillion
Federal student debt was in the news again this week when the CFPB announced federal debt has now surpassed the $1 trillion mark, outweighing auto and credit card debt. We continue to highlight the distinctions between federal and private loans in our meetings with lawmakers and regulators. If we want to address the fundamental issues, the CFPB and other policymakers cannot turn a blind eye to the federal student debt and must address the underlying cost of higher education. There are historic obstacles to repayment in these tough economic times and we want to help troubled borrowers.
CBA/BAI Welcome GSRBM Students
More than 265 students will descend on the Furman’s University campus this weekend for the 62nd session of the Graduate School of Retail Bank Management (GSRBM). Faculty and staff are eagerly preparing for the start of another successful year. I look forward to joining the group in Greenville, S.C. next week.
Member Visits
I was in New York City on Monday for meetings with CBA's new Chase board member, Barry Sommers, the CEO of their Consumer Bank, the editorial board of the Wall Street Journal and AOL's Paul Kadin, Category Development Officer of Financial Services. On Tuesday, CBA's Liz Terry and I traveled to Associated Bank in Madison, WI where we met with David L. Stein, Executive Vice President and Head of Retail Banking, and Joanne Weber, Executive Vice President and Director of Consumer Banking. This was our first visit to their offices in Madison and a pleasure to meet Dave in person. Finally, the CBA team headed to McLean, VA on Friday to meet with our Committee members at Capital One Financial.