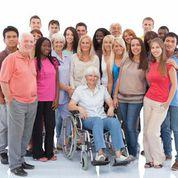 CFPB Director Richard Cordray stated during a Senate Banking Committee hearing on Tuesday, June 10, 2014, the CFPB will not issue a proposal for new rules on prepaid cards until the end of this summer. We had been expecting the announcement of new rules as early as this week. “It's a very high priority for us right now. It doesn't indicate any particular problem about the rulemaking, just that it's hard to work through some of these particular issues. We're getting there and we'll have something soon,” said Cordray.

Sen. Elizabeth Warren’s (D-MA) student loan refinancing bill failed to pass a cloture vote by 56-38 in the U.S. Senate this week. Facing virtually no chance of passage in the House, many knew this bill was nothing more than election year political theater. Currently, many private student lenders provide refinancing programs and others are introducing programs in the near future. Our banks are committed to helping America’s students succeed by verifying their ability to repay loans and offering programs to help them in times of need. We hope this prompts Sen. Warren and others in Congress to draw their attention to the real issue of college affordability, with tuition prices having risen 1,100 percent since 1980. However, this does not mean Warren’s bill is totally dead. Democrats have said they plan to bring it to the floor again and they are planning another week-long blitz on student loans for September.

The latest from Wells Fargo’s 2014 Millennial Study reveals millennials, those born between the early 1980s to the early 2000s, think differently about debt, saving, and their future as a result of the Great Recession. According to the study, “80 percent of young adults aged 22 to 33 say the downturn taught them to save ‘now’ to survive economic problems down the road.” This is a useful lesson for all generations, not just for Millennials. However they remain deeply indebted, with 47 percent reporting debt payments (student loans, mortgage and credit card) take up more than half of their monthly earnings. The three lessons study respondents would give to the next generation: 1. Do not spend more than you earn; 2. Get educated about your personal finances; and 3. Start saving for retirement now.

The FDIC has announced improvements to the deposit insurance education materials available on their website. They are designed to improve the accessibility and presentation of deposit insurance information for the general public, including organizational changes, explanatory videos and infographics. The FDIC's new deposit insurance webpage can be found at www.fdic.gov/deposit/.

Meeting Our Bankers Down South

On June 10, 2014, I flew south with our corporate membership team, Liz Terry and Casey Dunfey, to meet with CBA members in Birmingham, AL. It was a great opportunity to meet with CBA Committee Members George Buchanan, Houston Cook, Jon Davies, Tracy Jackson and Cecil Williams at Regions Financial and to discuss non-bank competitors in the lending sphere and the impact on the financial industry.

Melanie Maddox and Lauren Mueller at BBVA Compass have worked closely with our education team to bring a unique 10-day MarketSim In-Bank training for the second year running this August at their headquarters. It was a pleasure to meet with them to hear how CBA’s In-Bank Training and GSRBM education programs are being integrated into BBVA Compass’ leadership development. A big thank you to CBA Board Member Shane Clanton, and CBA Committee Members Greg Clarkson and Jon Monson, for taking the time to meet with us regarding committee structure and needs based on today’s regulatory environment.

And yes, I did wear a purple LSU tie in the land of Roll Tide/War Eagle.

We are looking forward to hosting our Board of Directors in Washington, D.C. next week for two days of in-person meetings and visits with federal banking regulators.

Many outside and inside the beltway were stunned at the primary loss by House Majority Leader Eric Cantor (R-VA) on Tuesday, June 10, 2014. The day after, Cantor announced he will be stepping down as Majority Leader effective July 31, 2014, but would remain in Congress for the balance of his term. This set off a sprint for votes and a potential leadership battle, but House Majority Whip Kevin McCarthy quickly solidified support amongst the House Republican Conference. Though there was much talk of House Financial Services Chairman Jeb Hensarling (R-TX) getting into the race, he will be staying in his current position. The election for Majority Leader is slated for June 19, 2014, as is the election for a new Majority Whip, which is currently a three-way race between Chief Deputy Whip Peter Roskam (R-IL), Republican Study Committee Chairman Steve Scalise (R-LA) and Rep. Marlin Stutzman (R-IN).

Treasury Under Secretary for Domestic Finance Mary Miller will step down in September 2014. She was previously with T. Rowe Price Group, Inc. for 26 years before joining Treasury in 2010.