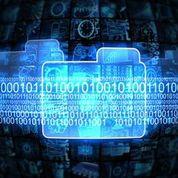 CFPB Overdraft Report
The CFPB released their overdraft report just after midnight, Tuesday morning. This is the first of two reports with a follow-up expected in late 2013/early 2014, and we expect the agency to consider regulatory action at that time.
As a result of the overdraft report, this was a busy news week for CBA. I appeared on NBC Nightly News and CNBC Closing Bell on Tuesday, talking about the value of overdraft protection. Our statement was included in articles from the Washington Post, Wall Street Journal, Politico, Associated Press and Dallas Morning News. See "CBA in the news" to the right for all our media appearances.
This morning we held a membership call with more than 80 participants to provide CBA's analysis of the overdraft report. We also raised the issue in our meeting with CFPB Director Richard Cordray on Thursday.
CFPB Radar
It looks like on June 24, 2013 at 10 a.m. we will have an answer on whether the Supreme Court will take the Canning case - which we expect it will.
CBA's Board of Directors Meeting
We welcomed CBA's Board of Directors to our Washington, D.C. headquarters this week. The quarterly meeting included guest remarks from CFPB Director Cordray and the Honorable Tom Ridge, CEO of Ridge Global, who spoke on cybersecurity. Wednesday afternoon we visited the Treasury and the National Economic Council. Thanks to all our Board members for the insight and analysis they shared, as well as their continued dedication and enthusiasm for CBA.