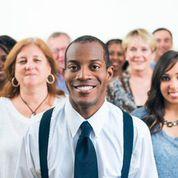 Earnings Season Wraps Up This week wrapped up the quarterly earnings reports of CBA’s member banks. Mortgage lending and overall revenue continues to lag, prompting M&T Bank CEO Robert Wilmers to state: “Too many banks are competing for too few loans in an economy that continues to be characterized by slow and uneven growth.” This is a sentiment shared by other bank CEOs including BB&T’s Kelly King and KeyCorp’s Beth Mooney. While legal and regulatory issues continue to be a drag on earnings, for the most part many of CBA’s members reported profits for shareholders.

U.S. Bancorp's Richard Davis was bullish about his bank's prospects in the Western U.S. observing, “Commercial real estate [is] strong on both coasts [and in] Texas, particularly in new construction. … The most active cities are Seattle, San Francisco, [Los Angeles] and Orange County, so that stays pretty much West Coast-focused.”

I have stated before and I will state again: A rising tide in the economy will not lift all boats – in this case banks. Our membership remains well-positioned to weather the coming storm of bank acquisitions and market consolidation. This round of earnings reports validates what many have been saying inside the banking world: there will not be 6,800 banks in the country when 2020 comes around.

Banks continue to improve in customer satisfaction according to this year’s J.D. Power U.S. Retail Banking Satisfaction Study. Customer satisfaction improved by 22 points, to 785, on J.D. Power's proprietary 1,000-point scale for all retail banks. Interestingly, convenience fees are gaining greater customer acceptance. This may be one thing we have to thank the airlines for, as only 15 percent of customers surveyed cited high fees as a primary reason for switching banks. Other key findings from the report:

The House Financial Services Subcommittee on Financial Institutions and Consumer Credit held ahearing on April 30, 2014 to examine how technology can promote consumer financial literacy. The hearing included testimony from General Accountability Office (GAO) Financial Markets and Community Investment Director, Puente Alicia Cackley, who said the federal government continues to fail at gauging the effectiveness of its financial literary programs. Since the GAO’s first report examining this issue in 2012, the number of federal literacy programs has declined from 16 to 13, while the number of housing counseling programs (which include financial education) have shrunk from four to three.

The GAO made no new recommendations in its testimony, but restated its July 2012 recommendations for the Financial Literacy and Education Commission to identify options for consolidating federal financial literacy efforts and to address the allocation of federal resources in its national strategy. This issue merits further scrutiny as the CFPB issued a report on November 18, 2013 analyzing the amount of money spent on providing financial education to consumers. The report claimed financial institutions spend $17 billion a year on marketing, while $31 million was spent on education. However, as every government agency should know, it is not about the amount of money spent, but the quality and effectiveness of the program.

The House Financial Services Oversight and Investigations Subcommittee voted 20-0, on a bipartisan basis,  to subpoena two CFPB officials and a union representative as part of its ongoing investigation into allegations of discrimination and retaliation. Specifically, CFPB employee Angela Martin has stated she was discriminated against because of her gender. An internal investigation reported the CFPB to be a “toxic workplace.” House Financial Services Committee Chair Jeb Hensarling (R-TX) rightly stated: “All those engaged in reprehensible behavior at the CFPB must be held accountable.”

David Pommerehn, CBA’s Senior Counsel and Assistant Vice President, spoke at the Information Media Security Group’s Fraud Summit in San Francisco, CA on April 29, 2014, where he addressed the latest in our members' efforts to combat retailer data breaches and the shift in card technology