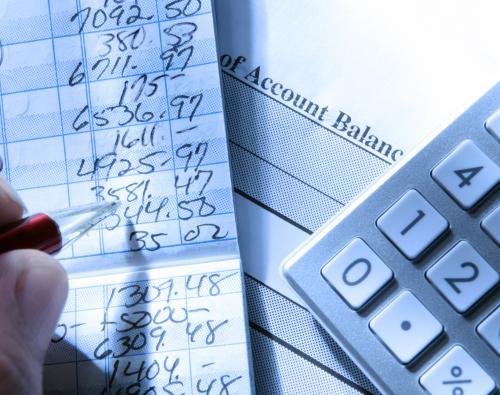 TRID Update
CFPB Director Richard Cordray sent this letter to Reps. Neugebauer and Luetkemeyer in response to their request to extend the TRID deadline. As we have said, though our members are working very hard to meet the August deadline, it is a colossal undertaking dependent on timely deliverables from outside vendors and significant testing and training. We will continue to urge the Director to work with us to make sure consumers do not suffer the consequences of an inflexible deadline set in Washington. (Please see below for more on our letter of support for this legislation)

Senate Regulatory Relief Bill Could Be Debated Next Week
Next Thursday, we could see the Senate Banking Committee vote on legislation aimed at providing regulatory relief for small and regional banks (among other things). While the actual bill text has not yet been shared publicly, we expect it could include significant changes to Dodd-Frank such as a higher SIFI designation threshold and Qualified Mortgage exemptions, a comprehensive review of the Federal Reserve, and several other regulatory relief provisions which have had Democratic support in the past—what we in Washington like to call the "low hanging fruit." Chairman Shelby is working hard to build bi-partisan support for his comprehensive proposal, and the next few days are critical to his success.

Rough Week for Senator Warren
In case you missed it, Sen. Warren spent most of the week on the hot seat. On Tuesday morning, the Washington Post's Glenn Kessler gave Sen. Warren four Pinocchios for falsely claiming auto dealer markups are costing consumers $26 billion a year. On Tuesday night, the Senator boldly claimed the trade deal President Obama is trying to get passed will "tear down Dodd-Frank." The Obama administration and Treasury Department officials quickly dismissed this claim as "baseless" and "desperate." To top off the week, news broke that Sen. Warren met privately with "Draft Warren" supporters, though her office insists she was unaware they were Draft Warren supporters. Finally, it looks like the Massachusetts Senator's honeymoon with the media might be coming to an end.

STUDY: Dodd-Frank Will Cost Nearly a Trillion Dollars
Douglas Holtz-Eakin, President of American Action Forum and former Director of the Congressional Budget Office, released a study this week highlighting the devastating effects of Dodd-Frank on our economy. Holtz-Eakin's report calculated the loss of growth in the banking sector as a result of Dodd-Frank's requirements and compliance costs. The results are astonishing. According to the report, over the 2016-2025 period, our GDP will be reduced by roughly $895 billion, or $3,346 per working-age person. Expect more on this in the coming days/weeks.

The Art of Customer Service
The Wall Street Journal highlighted a terrific story this week about Ivette Agosto, a Starbucks barista based in J.P. Morgan's Park Avenue headquarters. As the article explains, Ms. Agosto spent years truly mastering the art of customer service. Barry Sommers, CBA Board Member and CEO of Consumer Banking for Chase, noticed and plucked Ms. Agosto from Starbucks. She now works as a personal banker at Chase.

ConsumerBankers.com – CBA's Website Gets a Fresh New Look
We are really excited to present a fresh new look for CBA's online presence. CBAnet.org is now ConsumerBankers.com. This new website was launched to provide you and the public with user-friendly features promoting our issues, news, educational offerings, and special events. We are especially excited about the responsive design, a content management system which allows you to search items by issue, and "CBA by the Numbers," an interactive map highlighting our members' presence across the country–special thanks to Novantas for helping us with this membership footprint project.

Team CBA Gets in the Weeds on Earnings Reports
It turns out analysts and stockholders are not the only ones looking at your bank earnings reports. In an effort to better understand the industry and our membership, Team CBA spends some time digging into the earnings reports of our member banks.  This week, we looked at our newest members: Bank of North Carolina, First Interstate Bank, Sallie Mae Bank, Synchrony Financial, TCF Bank, and WesBanco. Special thanks to CBA Executive Banking School faculty member Jim Fugitte for joining us in our discussion.