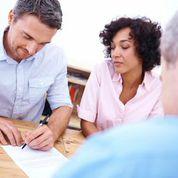 Tuesday was a historic day as the GOP took control of the U.S. Senate and expanded its majority in the House to the largest amount since 1928. With a new majority comes new leadership. Sen. Richard Shelby (R-AL) is poised to become chair of the Senate Banking Committee for the next two years, while Rep. Jeb Hensarling (R-TX) remains as House Financial Services Chairman. Expect Sen. Sherrod Brown (D-OH) to be the top Democrat on Banking, and Rep. Maxine Waters (D-CA) to stay as the top Democrat on HFSC.

Nearly two dozen bipartisan fixes to Dodd-Frank and the CFPB have passed out of the House, but have been stalled in the Senate. This will change as Republicans want to show Americans they are able to govern in the run up to the 2016 presidential election. Look for both chambers' banking committees to focus on small changes aimed at attracting support from both sides of the aisle. CBA will be working with both parties to reach the goals of changing the CFPB leadership to a commission structure, reforming the Financial Stability Oversight Council and requiring regulators to analyze the economic impact of new regulations.

CFPB to Hold Events on Prepaid & TILA/RESPA Next Week

The CFPB has announced it will hold a field hearing on prepaid accounts in Wilmington, DE on Thursday,November 13 at 11 a.m. EST. The hearing will feature remarks from Director Richard Cordray, as well as testimony from consumer groups, industry representatives, and members of the public. Given the Bureau's history of timing field hearings with major CFPB initiatives, it is highly likely the long awaited proposed rule on prepaid will be announced in conjunction with the field hearing. The event is open to the public, but RSVP is required to attend in person. Send an email to the CFPB to RSVP. A livestream also will be available on their blog.

The CFPB has announced a webinar to be hosted by the Federal Reserve on Tuesday, November 18, 2014 at 2 p.m. EST focusing on the new TILA/RESPA integrated disclosure forms which go into effect on August 1, 2015. The hour-long webinar will specifically address the process for completing the forms and will allow for questions related to the rule's interpretation. Registration is required.

Applications are now being accepted for the 2015 Joe Belew Award, which will recognize the CBA member bank with the most innovative program supporting financial education and will recognize achievements in transforming the financial health of America's consumers. The winner will be announced and all applicants will be showcased at CBA LIVE 2015, set to take place March 23 - 25, 2015 in Orlando, FL. The winning bank will receive $5,000 to donate to a non-profit program of its choice, and will be featured in a CBA press release and on the CBA website through the following year. The deadline to apply is January 14, 2015. For more information please visit our website, email Maren Colon or call (202) 552-6394.

Sidley Austin is our 4th new associate member for 2015! This Washington, D.C. based law firm, which presented to CBA's CFPB committee in September, is active on our Lawyers Committee.

Past Chair of CBA's Home Equity Committee Cindy Balser has been promoted to Director of Consumer Credit and Small Business Risk at KeyBank.