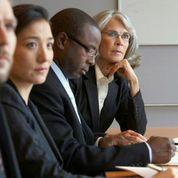 CFPB to Leave Lawyers behind During Examinations
On October 9, 2013, CFPB Director Richard Cordray announced to the Bureau that it would stop bringing enforcement lawyers to regular examinations of financial institutions. First reported by the Wall Street Journal, this is an issue which CBA has been adamant in trying to change. We applaud this decision as this should lead to a better dialogue between banks and the CFPB.
Government Shutdown and Default
Reporters are hot to know how banks are preparing for a potential default by the Government. Already consumer confidence has taken a hit due to the shutdown. Don’t expect it to end soon. Democrats and Republicans aren’t in smoky backrooms looking to solve this issue and remain in a stalemate.
Unverified CFPB Complaints Prompting Inaccurate Studies
This article demonstrates the CFPB’s unverified database of consumer complaints can be manipulated to fit just about any hypothesis. When Dodd-Frank was signed into law, the CFPB was not required to publish this raw data, and for good reason. The result is misleading to consumers and as the Bipartisan Policy Center has rightly identified is “an avenue for generating potential reputational risk.” These public complaints can range from consumers’ legitimate concerns about bank service to dissatisfaction with a bank’s logo.
Our banks abhor discrimination. Complaints about less than satisfactory customer experiences are critical to banks and help banks improve performance. But this consumer complaint data should not be made public in this manner. It should be handled through the examination process, where consumer complaints can be fully addressed without misleading consumers. If consumer complaint data is published, then it should be accurately portrayed by the federal banking agencies in authoritative government reports based on verified and normalized information.
Janet Yellin Nominated as Fed Chair
On Wednesday October 9, 2013, President Obama formally nominated Janet Yellin to Chair the Federal Reserve. After Larry Summers’ disastrous trial balloon, expect Democrats on the Senate Banking Committee to be content about this nomination. Republicans are less likely to cast aye votes. Her confirmation in 2010 to be the Fed Vice Chair was reported out of committee on a 17 - 6 vote. The 6 nays were all from Republicans – four of which are still on the committee.
Membership visit in North Carolina
Liz Terry and I met with the BB&T team in Winston-Salem, N.C. on Thursday. In the face of the government shut down, there certainly was a lot to discuss. It was great to hear their perspective on the economy and today’s regulatory environment. Thank you to Clarke Starnes, CBA Board Member and BB&T Senior Executive Vice President and Chief Risk Officer, Jon Bass, Executive Vice President and Director of Marketing and Advertising Strategy, Rip Howard, Executive Vice President and Community Banking Retail Group Executive, Julie Bateman, EDC Business Development Manager, and Adam Hoover, Senior Vice President and Retail Lending Strategy Manager for your time!
CBA Membership News
Argus Information and Advisory Services is our 10th new associate member! Thanks to David Bolocan, formerly of our Deposits Committee for signing up Argus – he is part of this company.
CBA Team News
Angie Berkey of CBA has been promoted in house to be our new Marketing and Communications Manager. We are excited about her continued growth at CBA!