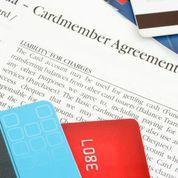 The thoughts and prayers of Team CBA are with our Canadian friends during this time of mourning. We stand with them against terrorism and extremism.

2015: The Year of Perfecting the CFPB

The upcoming midterm elections and a possible flip of Senate control gives us a fresh opportunity to look at the structure of the CFPB in 2015. I sat down with Marc Hochstein, Editor-in-Chief of American Bankerto take a look at what may be possible -- including changing the CFPB from being run by a sole Director to a Commission, much like the SEC. Remember, then-House Speaker Nancy Pelosi (D-CA) and then-Chairman of the Financial Services Committee Barney Frank (D-MA) both voted for the CFPB to be run by a commission when Dodd-Frank was passed out of the House of Representatives. Only when it reached the Senate did the legislation change to the current structure. Five years later we can look back on what Dodd-Frank got right and what it got wrong.

The monthly CBA-AOL Finance Optimism Index jumped 11.1 points in September, reaching its highest level since the Index began in 2013. September saw lower gas prices and strong performance in the stock market, possibly affecting consumer views. Twenty-two percent of survey respondents strongly agreed they were optimistic about their personal financial futures, a two percentage point increase over August. In addition, seven percentage points fewer respondents strongly agreed they were worried about their current financial situations and four percentage points fewer strongly agreed they were worried about how the current economic and political situation will affect their personal finances. Learn more about the Index and the latest numbers at financeoptimism.org.

Regulation not only has changed the way banks operate, but may be spurring further mergers and acquisitions according to Deloitte's Compliance Journal. We already knew many banks would not be able to make it in today's environment of tight credit restrictions, but new headwinds have arrived including: liquidity requirements, increased transaction times on M&A deals, and an increased focus on capital requirements. These issues will only be exasperated with time, leading many banks to find new ways to remain viable.

We are proud to welcome First Interstate Bank as CBA's newest and now 60th Corporate Member. They are a $7.3 billion banking organization, operating 74 banking offices, along with online and mobile banking services, throughout Montana, Wyoming, and South Dakota. Special thanks to First Interstate Bank's President and CEO Ed Garding.

CBA's Community Reinvestment Committee will meet in San Francisco, CA October 28-29, 2014. On the agenda for the Committee is discussion of CRA interagency guidance, an update on the HMDA comment letter to be submitted, and preparations for the 2015 Joe Belew Award.

CBA Board member David Bohne is departing USAA after serving 21 years, and is currently the bank's President. He has been a great advocate and tremendous leader for CBA from his time as a member of our Government Relations Council, to his current role as a member of our Board of Directors.