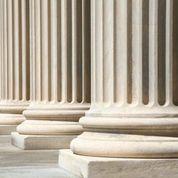 The Cordray and Warren Shows
House Financial Services Committee Chairman Jeb Hensarling (R-TX) finally allowed CFPB Director Richard Cordray to testify before the committee on CFPB’s actions over the last 6 months of 2012. While Director Cordray wanted to focus on the positive, but both Hensarling and the top Democrat on the Committee, Maxine Waters (D-CA), steered the discussion towards CFPB’s data collection.
As Director Cordray indicated in his committee testimony, the CFPB has today issued several clarifications to qualified mortgage rules issued earlier this year. Among the clarifications: prohibited servicer activities in the first 120 days of delinquency, procedures on loss-mitigation applications, short-term forbearance plans, lending in rural or underserved areas, the financing of credit insurance premiums, as well as the definition of what constitutes a loan originator and effective dates governing their compensation. CBA has been the leading voice on many of these issues – look for more clarifications to come as this will be a focus for the Bureau.
Across town at the same time, Sen. Elizabeth Warren spoke at George Washington University (in Washington, D.C.) yesterday. Warren advocated for bringing back the Depression-era Glass-Steagall Act which separated commercial banking from other financial activity. Arguing the law would provide greater stability to the financial system by encouraging the big banks to shrink and eliminating their ability to use federal deposit insurance to back riskier activities.
Interesting position, considering when she was asked by the New York Times in May of 2012 if the financial crisis could have been avoided if Glass-Steagall were in place she admitted: “The answer is probably: ‘No’ to both.”
CBA Committees to D.C.
CBA welcomes our committees to Washington, D.C. for their semi-annual meetings throughout September and October. 9 of our 10 committees will be in town represented by over 200 CBA members. While in the nation’s capital, committees will hold meetings with policymakers in both Congress and the Administration, as well as the CFPB and the Treasury Department. First up are the Auto Finance and the Fair & Responsible Banking committees on Monday September 16, 2013.
CBA LIVE 2014
CBA LIVE 2014’s theme is “Red, White + Banking,” and will be held in Washington, D.C. on March 31 – April 2, 2014. Hosted at the Gaylord National Resort and Convention Center on the banks of the Potomac River, CBA LIVE will attract a wide range of industry leaders and DC policymakers. We are encouraging CBA members to “Bring a Millennial” to introduce them to CBA and develop the next generation of retail banking. Congratulations to TD Bank on being the first to register to attend…exhibit space is also already being reserved.
News and Notes
CBA welcomes EZShield, officially our 8th newest associate member for 2014! We thank former CBA Chairman Gene Kirby for this referral – he is one of CBA’s best ambassadors.
Member Meetings
Pace Bradshaw and Liz Terry kicked off September with a visit to our members in Portland, OR. Thank you to CBA Board Member Ross Carey, Executive Vice President, U.S. Bancorp for taking the time to meet with our team. Ken Yates, Vice President/Government Affairs Officer, of Umpqua Bank pulled together a great group for our meeting – we were glad to sit down and discuss the regulatory environment and CBA with Jim Averna, Bill Barber, Liz Clarkson, Tim Jones, Kyle Miller, and Mark Seibert.