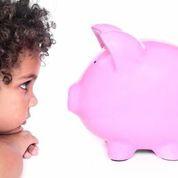 The CBA-AOL monthly Finance Optimism Index has found Americans' financial optimism decreased to -7.0. This is a month-over-month drop of 4.0 points, bringing the Index to its lowest point in 2014. All four components of the Index, including perception of current and future finances as well as economic and political news, turned slightly more pessimistic, resulting in the overall decrease for the Index in August. The continued unrest in world news and the threat of war in the Middle East might have contributed to the decline in Americans' optimism. The Index is measured continuously with results calculated and reported monthly at FinanceOptimism.org.

Board Members Top Most Powerful Women in Banking List

A number of banking leaders with ties to CBA have been named to American Banker's 25 Most Powerful Women in Banking. Congratulations to current CBA Board of Directors members Mary Navarro of Huntington Bancshares, and Maria Coyne of KeyCorp, as well as former CBA Board Member Carrie Tolstedt of Wells Fargo, and former CBA Government Relations Council Member Cathy Bessant of Bank of America. CBA is a proud sponsor of the 2014 Most Powerful Women in Banking Awards Dinner. We are excited to congratulate the many CBA bankers who were recognized by American Banker, as well as Bank of America, Bank of the West, and BMO Harris for being honored as "Top Teams" by the publication.

Rise of the Hackers

NOVA recently aired a program called "Rise of the Hackers," which covers the specific process by which credit card numbers, banking accounts and other personal information is transmitted through the internet. It also looks at how hackers will use one account to gain access to another, then another, and then another. One example they used was where hackers obtained Amazon account information, and then used it to hack into two other accounts and eventually a person's personal Twitter account. The program is about an hour in duration and is available for online viewing. With all the recent data breaches at retailers like Target, Home Depot and now Jimmy Johns, it is worth knowing what we are up against.

The U.S. Department of Education announced this week 13.7 percent of federal student loan borrowers defaulted within three years of repayment in fiscal year 2011. It is clear from its abysmal 13.7 percent default rate the federal government has much to learn from the private student lending market, which has a default rate of less than 3 percent. It is a disservice to taxpayers who ultimately are responsible for these loans -- and even more so to the students whose ability to repay the loan is not a consideration in the federal aid approval process. Strong underwriting standards, and the verification of a student's ability to repay, is the most responsible way to ensure students begin their education on sound footing. If the CFPB is so concerned with protecting our nation's youngest consumers, they ought to turn their focus to federal student loans which make up over 90 percent of the market.

BNP Paribas Chairman Baudouin Prot has decided to step down effective December 1, 2014 and will be succeeded by Jean Lemierre.